Detained on Friday, March 12, journalist Dzianis Ivashyn was charged today under Article 365 of the Criminal Code ( "Interference with the activities of a law-enforcement officer").

BAJ learned from the journalist's mother. Ivashyn will stay in custody for at least 2 months. 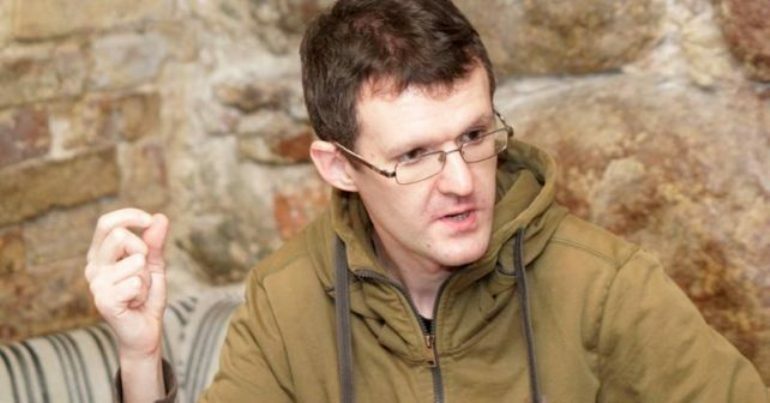 The journalist was detained in his apartment at about 6 p.m., on March 12. Before that, a blue minivan parked near the apartment block.

The seach of his apartment continued late into the night. Also, the police searched his mother's home, and, on March 15, they arrived with a search warrant to the home of his 95 y.o. grandmother.

— They searched my house and our family summer cabin. They seized all information carriers (phones, laptops, computers), sim-cards, bank cards, books, notebooks, money and little things like flags, badges, business cards, etc. They were very interested in everything that had to do with Ukraine, although the search warrant is for alleged distribution of personal information. Now Dzianis is in prison №1 of Hrodna, — his wife Volha Ivashyna said.

The journalist is placed in the detention center.

Ivashyn is an investigative journalist. In Belarus, he workes with the Novy Chas newspaper. The last article that he published in Novy Chas was about former Ukrainian "Berkut" (riot police) officers successfully landed  jobs in Belarusian police forces.

He is also a journalist and editor of the Belarusian service of InformNapalm website.

Currently, 11 Belarusian journalists are in custody (Siarhei Hardziyevich, journalist of 1reg.by, is under house arrest).

BAJ demands the immediate release of Dzianis Ivashyn and all journalists!