On 12 March, the Pinsk district court summoned the bloggers Sergei Pyatrukhin from Brest and Alexander Kabanau from Biaroza to attend the hearings in the administrative case under Article 22.9, Part 2 of the Administrative Code. 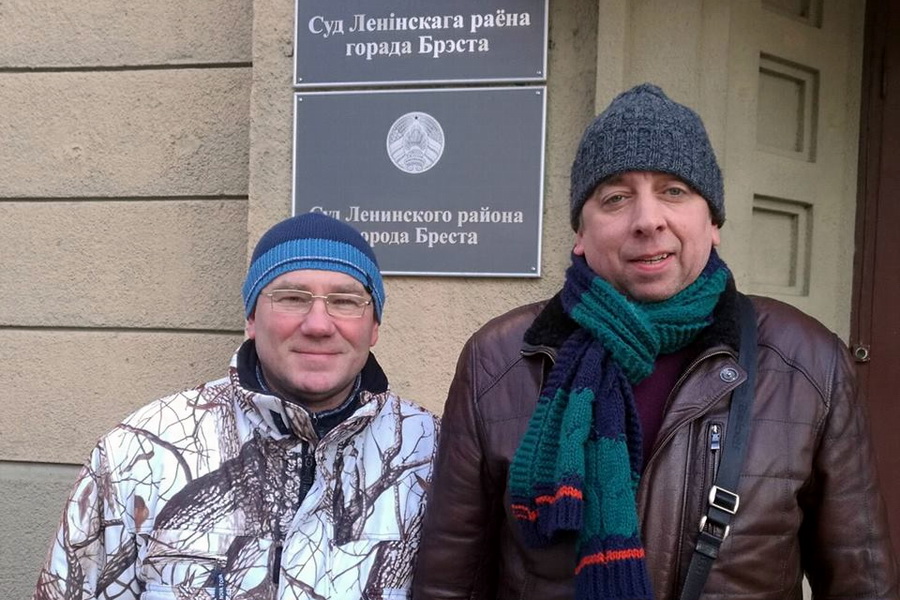 As the press service of the Belarusian Association of Journalists learned, the police had drawn up a report on the basis of a statement by Alexander Yunkevich, the in-house lawyer of EXIDE, a company based in Pinsk.

Alexander Yunkevich demanded to prosecute the bloggers Sergei Pyatrukhin and Alexander Kabanau for the videos they had posted online and that had been filmed at the entrance to the company’s premises in Pinsk. According to the lawyer of EXIDE, by having done so, Pyatrukhin and Kabanau violated the law on mass media.

Part 2 of Article 22.9 of the Administrative Code does stipulate that an "illegal production and (or) distribution of media products" constitutes a violation. However, there is nothing there to affirm that this responsibility extends to private pages on social networks (for example, YouTube or Facebook ).

According to Alexander Kabanau, he indeed shot a video for his personal account on Facebook at the company’s entrance in Pinsk, while Sergei Pyatrukhin did a "live" broadcast on its own YouTube channel.

As a result, the judge found that the bloggers’ video broadcast should be considered media products and fined Alexander Kabanau and Sergei Pyatrukhin for 40 base amounts (over EUR 400) each. The bloggers immediately announced their intention to appeal the ruling, as they find it to be absurd and in contradiction with the Belarusian law.

Human rights activist Pavel Sapielka shares this opinion. In his comments to the press service of the Belarusian Association of Journalists, he also stressed that the court ruling once again demonstrated the existence of prosecution for the dissemination of information in Belarus; this situation is not in line with the country’s international obligations in the field of human rights.