On December 22, the Economic Court of Minsk, Judge Tatsiana Sapieha, sustained the claim of Milkavita dairy company against Associated Press reporter Yuras Karmanau: the correspondent has to write and send to the news agency refutation of the report about radiation detected in milk produced a few kilometers away from the Chernobyl zone.

The reporter has to compensate legal expenses (840 BYN of state duty and 1500 BYN of lawyer’s services for Milkavita, equivalent of around 1 200 USD).

Yuras Karmanau is going to appeal against the decision. 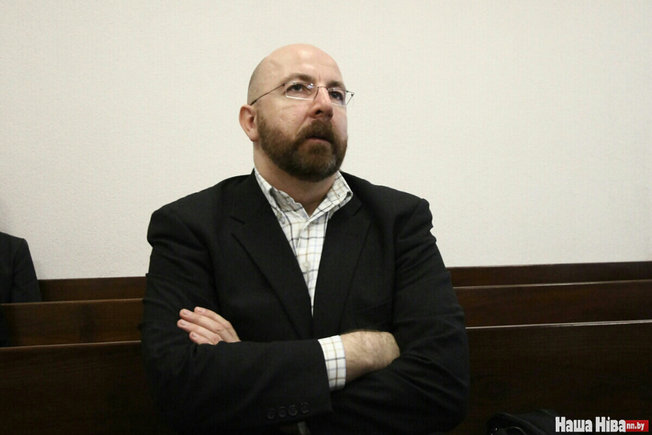 The Board of the Belarusian Association of Journalists denounced the court decision in a statement expressing concern over the situation of free expression and possibility to hold investigations.

“The court has taken the decision disregarding the testimony of Aksana Drabysheuskaya,  a representative of the Minsk Center of Hygiene and Epidemiology, where she confirmed before court that the center’s tests revealed strontium contamination of the milk exceeded the norm by ten times. At the same time, later in court the representative testified that the results were incorrect.

The article published in Associated Press is a journalist investigation. Publications of this genre touch upon sensitive issues and events and aim to analyze the issue wider than a regular information article does. The investigation was held according to all norms of the genre, the text provides all points of views including a direct quote from the official representative of Milkavita who said that the factory’s products complied with all sanitary norms of Belarus.

Linguistic expert assessment of the article proved that author’s tone is neutral.

Article 52 of the Law on Mass Media directly states that a journalist “does not bear liability for dissemination of data not corresponding to reality, if that data are received from state bodies, other state organizations, their officials, as well as are contained in official informational reports and/or materials”. We draw attention to the fact that the court rejected to include the Minsk Center of Hygiene and Epidemiology as co-defendant, although this is the state organization that had provided the information to the reporter.

We are also surprised by the fact that for the first time in the history of Belarus court rejected to engage as codefendant the mass medium which disseminated the information – the agency Associated Press. The outcome of the trial dramatically narrows free expression in the country, as it casts doubts on the very possibility to hold journalistic investigations in Belarus.”