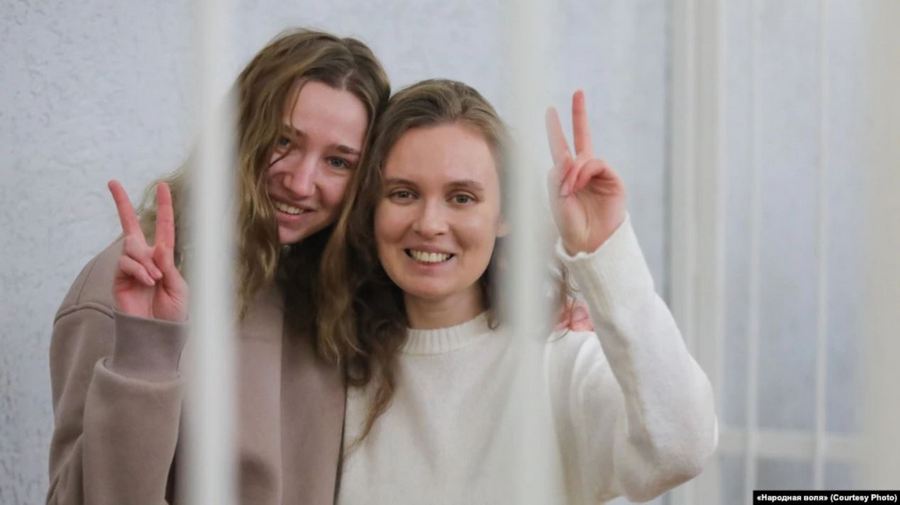 "Katsiaryna had her prison tag changed on her official clothes, the current release date is 5 September 2022," Ihar Ilyash said after his wife called from the penitentiary.

"Katsiaryna said she was feeling well, her voice was cheerful. Earlier she wrote in her letters that on September 1 she enrolled in a college (vocational school) to train as a hairdresser. She said that the teachers were nice, and the general atmosphere was good - it helped her to distract from the sad reality. The learning process brings her positive emotions."

Following the changes in the law, the court decided to recalculate the terms of imprisonment, now 1 day in a pre-trial facility (before the verdict came into force) equals 1.5 days in the penal colony. Earlier, according to the verdict, the journalists of the Belsat TV channel were to be released on 20 November 2022. Now it turns out that Katsiaryna Andreyeva and Daria Chultsova have served half of their two-year term, they have less than a year left to serve.

Belsat journalists Katsiaryna Andreyeva and Daria Chultsova were detained on 15 November 2020, after a live broadcast from the "Square of Change" (a neighborhood in Charviakova Street in Minsk) where protesters were dispersed.

In February 2021, the journalists were sentenced to 2 years in prison: the court found them guilty of organizing group actions that grossly violated public order.