Founder of the Press Club Belarus Yulia Slutskaya has been charged under Part 2 of Article 243 - evasion of taxes or duties on an especially large scale.

Its director Siarhei Alsheuski is charged under Part 6 of Article 16 (complicity ) of a crime under part 2 of Article 243, BelaPAN reports refering to his attorney Anton Hashynski. 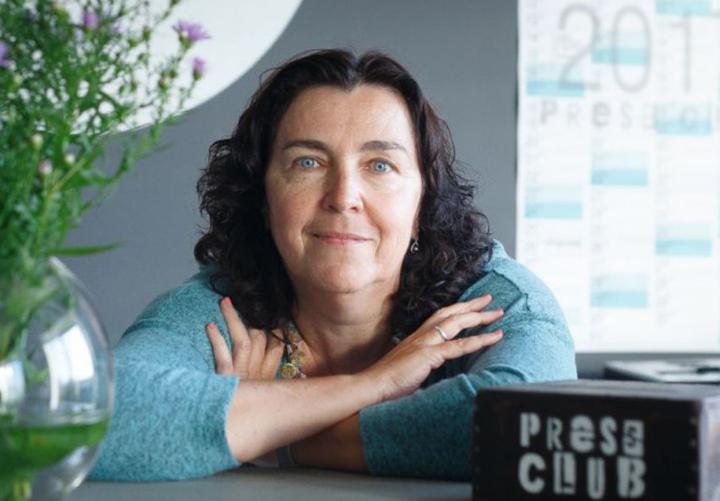 "The attorneys filed a motion for compensation for the losses by the families. But to no avail", — Yulia Slutsaya's daughter Alexandra posted on Facebook.

Yulia Slutskaya will remain in custody until 22 February.

Alexandra explained, today attorneys were invited to visit the Press Club members. However, they can not disclose any information about the case. Only Yulia Slutskaya's attorney disclosed the fact that charges had been pressed against her.

However, as noone of Press Club members were released from custody today, we believe the charges had been pressed against the other five people.

"The attorneys signed a non-disclosure agreement. Therefore, I can't tell you anything else," — Shakel said.

On December 22, the office and the homes of the Press Club staff were searched. Its founder Yulia Slutskaya was detained upon arrivel in the National Airport. Her home was also searched.

The following people have been arrested:

Yulia Slutskaya — founder and chair of  Press Club Belarus. She's been involved in journalism since 1994. She graduated from the Philosophy Faculty of the Belarusian State University, and worked as a sociologist before joining the media sphere. In 1995–2006 Yulia served as the chief editor of "Komsomolskaya Pravda in Belarus". In 2007–2010 she led the European Radio for Belarus, and in 2011 she founded and led Belarus in Focus Information Office in Warsaw.

Press Club Belarus was founded in 2011. In June 2014, the organization became a member of the International Association of Press Clubs. In November 2015,, a cultural and educational institution "Press Club Journalism Workshops" was registered in Belarus.

Press Club Belarus organizes professional debates, workshops and educational programs for journalists, and researches the content of the Belarusian media, including the state ones.