On July 4, the chairperson of BAJ Andrei Bastunets took part in the conference on "Media Freedom as a Cornerstone for Democratic Elections", organized by PACE jointly with the Venice Commission in Berlin. 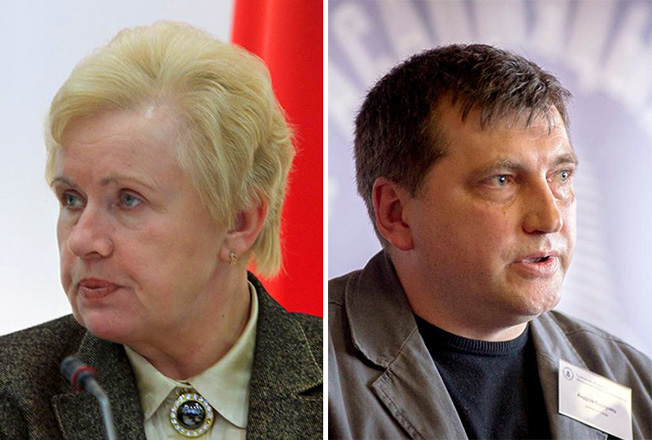 Andrei Bastunets told the press service of BAJ that Belarus has been almost the center of attention, mainly due to participation of Lidziya Yarmoshyna, the chairperson of the Central Electoral Commission of Belarus, who had been banned entry to Europe since 2004.

When answering questions of British journalist William Hoarsley, AEJ Media Freedom Representative, Lidziya Yarmoshyna assured that state-run media made up only 27% of all mass media in Belarus. The chair of CEC underlined that political leaders had the possibility to place advertising to mass media on commercial basis, using their electoral funds. She assured that CEC generally did not influence media freedom, only ensured their engagement with the media process. In particular, it observed publication of candidates’ speeches in certain state mass media.

Andrei Bastunets argued with the chairperson of CEC that although there was statistical prevalence of non-state mass media, one should have in mind that the majority of them were leisure-oriented, disregarding socio-political, economic or cultural issues.

“Socio-political topics are covered independently by around 30 mass media, and around a dozen of them have been eliminated from the state-run networks of distribution, like subscription or kiosk sales,” said Andrei Bastunets. “As for TV, which is still the most influential, the situation is even worse. Here state-run mass media are twice as much as those non-state, and anyway the latter stay under control of the authority.” He set as an example the case of Autoradio FM-station which was closed in 2011 because of having broadcast a pre-election speech of the presidential candidate Andrei Sannikau.

As for the general approach to election coverage in the media, Andrei Bastunets thanked Lidziya Yarmoshyna for openness in work with journalists, but disagreed with the statement that elections events were reflected in the media comprehensively and neutrally.

“BAJ monitors coverage of every electoral campaign in mass media, and will do it this time, too,” said Bastunets and quoted some conclusions from the previous monitoring report related to parliamentary elections.

For example, state media covered the electoral process in their traditional minimalist manner… giving the topic less attention than to sport or weather; the marginal character of the coverage revealed itself in giving more attention to CEC rather than to candidates or political parties; extremely typical manner of coverage was emphasis on organizational and technical aspects of the electoral campaign.

Bastunets said that in election coverage in Belarus there is much talk about everything but choice itself. “Ritual talks about technical support of the electoral process overshadow the question of choice itself between ideas, ways and personalities,” he said.

The conference was also attended by Tatsiana Karatkevich, one of leaders and in 2015 a candidate for the president of the Tell the Truth campaign, and Henadz Hrytskevich, the chairperson of the parliamentary commission on state-building and local governance.