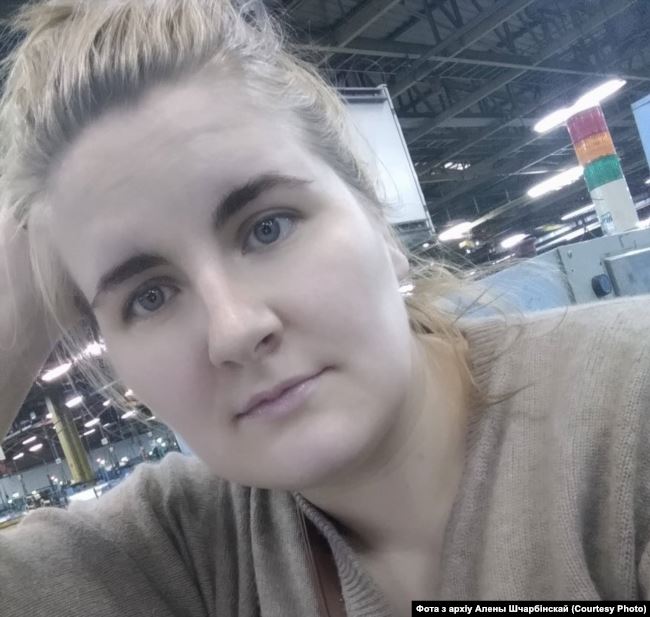 And then ... then the brutality started.

– They started hitting me right away. There was a woman. In uniform. I don't know what kind of uniform it was, I don't remember. She was a wardress.  She beat all the girls. Then, on the 13th, during the trial, I refused to sign a paper stating that I was detained near the Riga shopping center. I was taken out into the corridor, and this woman started hitting me again -- with her knee in the stomach, – Alena Dubovik recalls those terrible days.

But the journalist did not back down. After long suasion, they had to rewrite the report: I was detained near the police department. .

– I know that a lot of people have written and talked about this wardress. They say that her name seems to be Krystsina. Maybe another name. She is blond, with long hair, about 30 years old. I really want to find the other girls who suffered at the hands and feet of this wardress. I was held in the detention center on the second floor, chamber 9. . If someone knows the name of the wardress, let me know," Alena says.

Now Alena is in hospital with a suspected rupture of the ovary. Alena and her family are going to file complaints with all possible authorities, including international organizations.

Belsat asks all journalistic organizations, including international ones, to support Alena.