Halina Abakunchyk was accused of working for foreign media without accreditation. 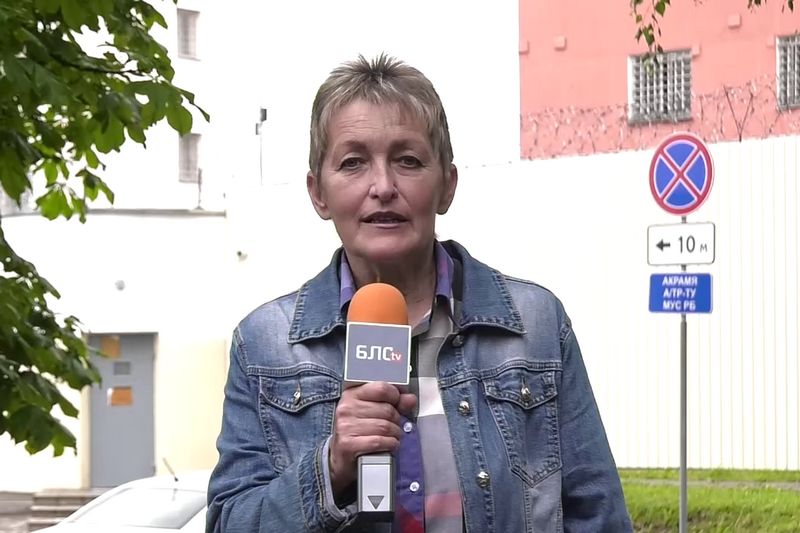 June 16, a Zhodzina court decided to punish Halina Abakunchyk with a fine of 35 basic units. She was fined under Article 22.9 of the administrative code for ‘working without accreditation for foreign media’.

Halina says she won’t appeal the sentence, as she sees no point in doing it.

“We were not detained and given a fine to cancel it later. I consider such behavior of the authorities first of all as intimidation, illegal game of legality and a desire to get into someone else’s pocket. After all, the way we were detained violated several articles of the administrative and even criminal code,” said the journalist.

The journalist also complained about the accreditation work system.

“There isn’t enough fingers to count how many times Belsat has requested the accreditation.” However, it is not given without any reason and explanation, and without accreditation it is prohibited to work. How is that legal? Or is it such a law that it can be used according to your own taste and needs?” Halina said, outraged.

The journalist was detained together with the cameraman after the picket to collect signatures for Svyatlana Tsikhanouskaya, which took place in Zhodzina and was broadcasted in Belsat social networks on June 5.

This is not the only case of Belsat journalists being detained for organizing streams. Recently, almost every stream of our colleagues ended up with hours spent in police departments, protocols and fines.