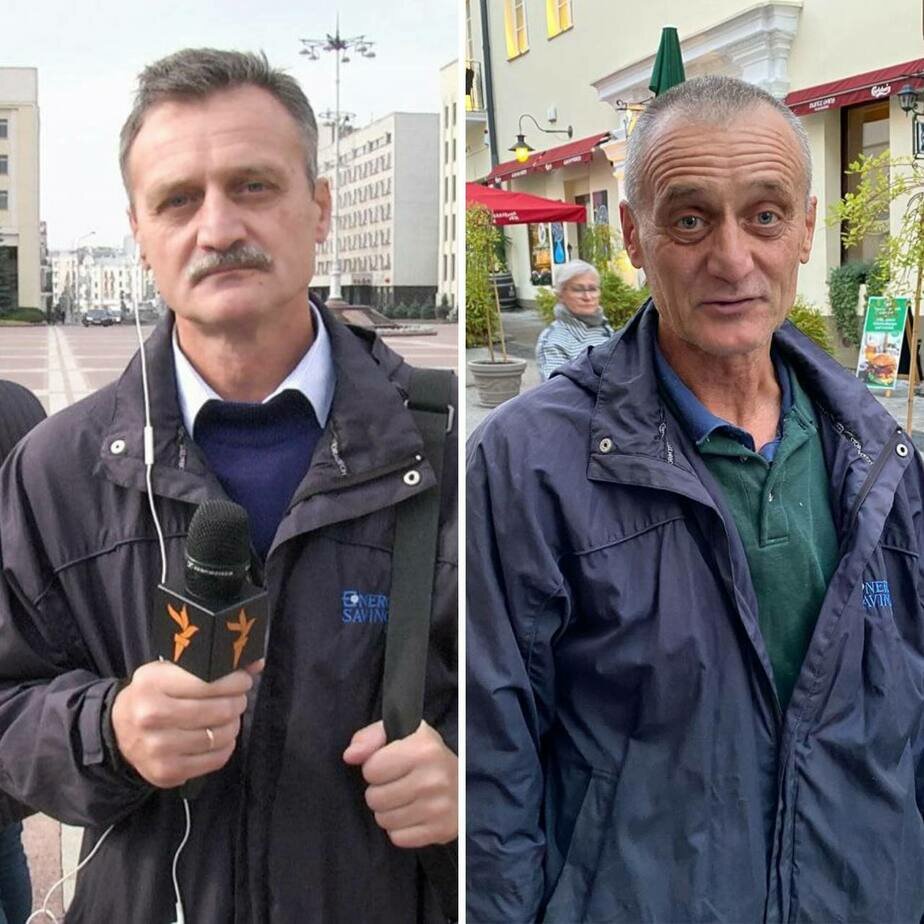 MINSK -- RFE/RL correspondent Aleh Hruzdzilovich, who was sentenced to 18 months in prison by Belarusian authorities for allegedly participating in demonstrations that he was covering as an accredited journalist, has been released.

Hruzdzilovich arrived in Lithuania on September 21 accompanied by his wife, Maryana, after he was released from a penal colony in the region of Mahilyou where he had been held since May.

RFE/RL President Jamie Fly, who previously condemned Hruzdzilovich's prison sentence as “illegitimate,” hailed the release of the journalist, who had served as RFE/RL’s correspondent focused on human rights since the 1990s.

“Aleh was robbed of time he will never get back with his family while wrongly imprisoned, and I am overjoyed that he will now be reunited with his wife and other loved ones” Fly said. “I am grateful to members of the international and advocacy communities for their unwavering support of Aleh’s case, but our work is not done.”

Fly noted that two other Belarusians who have been imprisoned since the crackdown, RFE/RL consultant and blogger Ihar Losik and RFE/RL freelance correspondent Andrey Kuznechyk, remain behind bars and “should also be released immediately.”

A court in Minsk sentenced Hruzdzilovich in early March for his presence at mass protests challenging the official results of the 2020 presidential election in Belarus that handed authoritarian ruler Alyaksandr Lukashenka a sixth term in office.

Hruzdzilovich was also ordered to pay 56,000 rubles ($16,600) in compensation to the Mensktrans city transportation agency, which was a plaintiff in the case.

Hruzdzilovich was arrested in December amid a harsh crackdown by Belarusian authorities on independent media, rights activists, and democratic institutions in the wake of the protests. The opposition and the West say the vote was rigged and that opposition candidate Svyatlana Tsikhanouskaya won the election.

Thousands of people have been detained by security forces in the crackdown.