The winners of the Free Media Awards were awarded in Hamburg, all this year's winners being Belarusians. The winners were announced back in August. These are Katsiaryna Barysevich, Katsiaryna Andreyeva, Daria Chultsova, Natallia Lubneuskaya, the TUT.BY media outlet, and the Belarusian Association of Journalists. 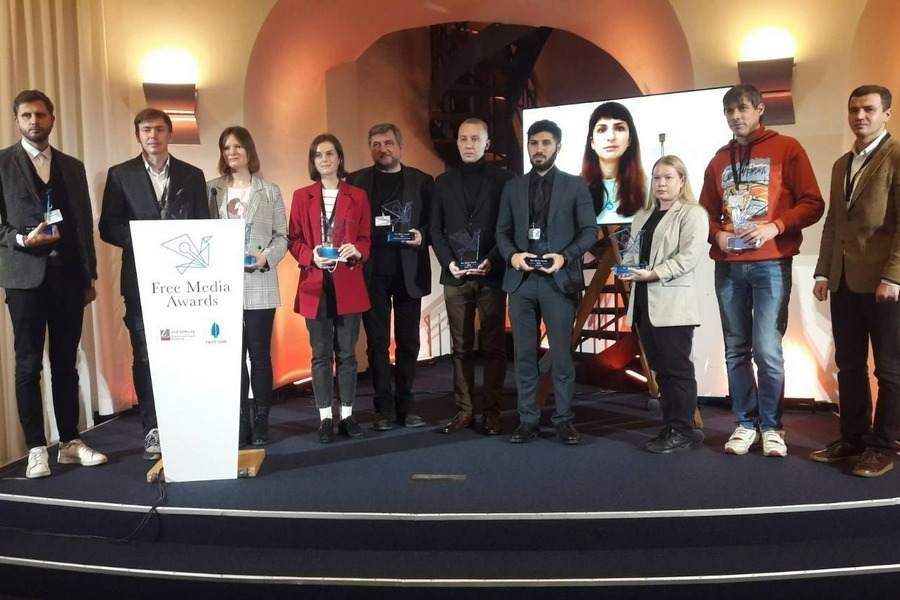 On November 1, a solemn award ceremony was held in Germany, attended by the editors of the independent TV channel Natallia and Dzmitry Yahoraus, journalists Natallia Lubneuskaya and Katsiaryna Barysevich, TUT.BY representative Aliaksandr Pushkin and chairman of the Belarusian Association of Journalists Andrei Bastunets.

Free Media Awards are usually given to journalists from different countries, but this year an exception was made.

The Belarusian Association of Journalists has been awarded the Free Media Awards for tireless work in support of journalists' rights. Together with its partner organization Reporters Without Borders, since the beginning of the protests in Belarus in August 2020, the BAJ has documented and made public numerous violations of media freedom and repression against independent journalists. In addition, the BAJ offers assistance to journalists and is an important source of information for international media.

The Belarusian Association of Journalists was nominated for the award by the Norwegian Helsinki Committee.

Since 2016, the Free Media Awards have been presented to independent journalists, editors, and media platforms in Russia, Ukraine, Azerbaijan, Belarus, Georgia, and Armenia.