A journalist who has worked for RFE/RL as a freelancer has been detained in Minsk, his wife said, amid an intensifying crackdown on independent media by the regime of Alyaksandr Lukashenka. 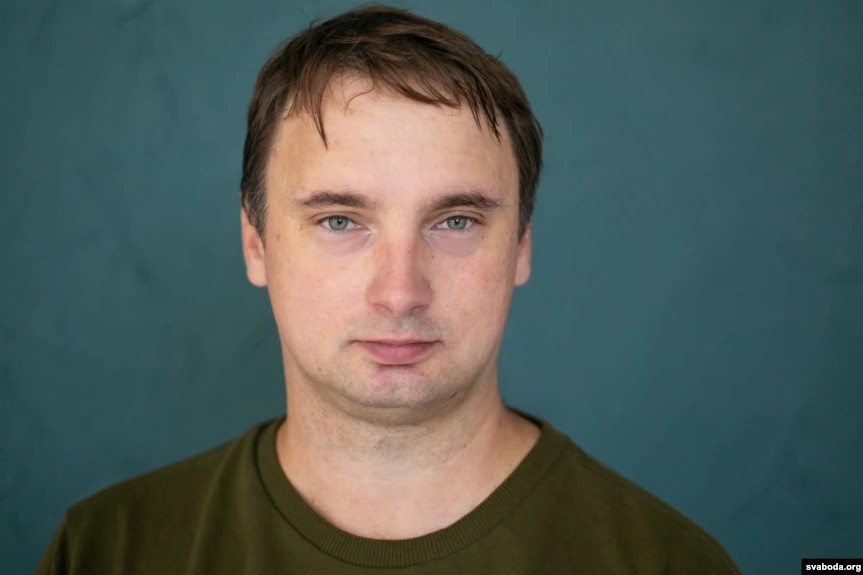 The four, who did not present any identification, then searched their apartment, Rak said, only avoiding the rooms of their two young children.

"They took all the electronic equipment and Andrey's phone; my mobile phone, my tablet, and money," she added.

Kuznechyk was then led away by the group of four, who did not give any reason for his detention.

"Andrey was ordered to get dressed and to go with them. He was not allowed to take anything with him, only a spare pair of pants. They said that they were taking him away for a short while, for a couple of days," Kuznechyk's wife said.

Protests erupted in Belarus last year after Lukashenka, in power since 1994, was declared the winner of a presidential election that opponents and the West say was rigged.

The West has refused to recognize Lukashenka as the legitimate leader of Belarus. The Belarusian strongman is now reliant more than ever on Russia, which analysts say is using his weakened position to strengthen its hold over its smaller neighbor.

Tens of thousands of people were detained and human rights activists say more than 800 people are now in jail as political prisoners.

The website of RFE/RL's Belarus Service has been blocked within Belarus since August 21, 2020, weeks after the disputed August 3 presidential election.

The accreditation of all locally based journalists working for foreign media, including RFE/RL, were annulled by the Belarusian authorities in October 2020.

Ihar Losik, a popular blogger and RFE/RL consultant, was detained on June 25, 2020, and accused of using his popular Telegram channel to "prepare to disrupt public order."

Losik is now on trial in a closed-door hearing.

Six months after the arrest of journalist Raman Pratasevich, charges of "extremism" are increasingly being used against Belarusian independent media, Reporters Without Borders said on November 23.

Pratasevich and his Russian girlfriend, Sofia Sapega, were detained in May when Belarus scrambled a military jet to escort their Athens-to-Vilnius flight to land in Minsk because of a bomb threat that proved to be false.

A day after his arrest on May 23, Pratasevich appeared with his face swollen in a video broadcast by Belarusian TV, admitting to his involvement in organizing "mass rioting."

Pratasevich faces charges of being behind protests that followed the August 2020 disputed election, an offense punishable by up to 15 years in prison.

He was a key administrator of the Telegram channel Nexta-Live, which like other social media channels was widely used during the street protests against Lukashenka last year both to coordinate demonstrations and share footage of the violent police crackdown.

Six months after his detention, Pratasevich is under house arrest at a secret location. His mother is allowed to take him food and his mail, but she has signed a confidentiality pledge.

The most recent official comment on Pratasevich's case was on September 12 when, speaking on state-owned STV, the head of the Minsk Investigative Committee said the criminal investigation into the case would be completed in October.

He added that the case – which he said also concerned Nexta founder Stepan Putylo, 1863x.com news website founder Eduard Palchys, and "anarchist movements" -- already consisted of "more than 600 volumes of documents." There has been no further official word since then.

Pratasevich, who had to wait four more days to see his lawyer, delivered additional seemingly forced confessions in several more public appearances, including one in an ONT television interview in which he professed “unconditional respect” for Lukashenka, who -- he said -- had "balls of steel." He remained in prison for just over a month before being transferred to house arrest.

"The physical and psychological pressure to which Raman Pratasevich has been subjected for the past six month constitutes inhuman treatment and even torture," said Jeanne Cavelier, the head of RSF's Eastern Europe and Central Asia desk. "We call for his immediate release and the release of the 30 other journalists and media workers arbitrarily imprisoned in Belarus."