“Belarusian authorities must stop using extremism legislation against former Belsat TV journalists and immediately release Lyubyanchuk and all members of the press currently behind bars.” 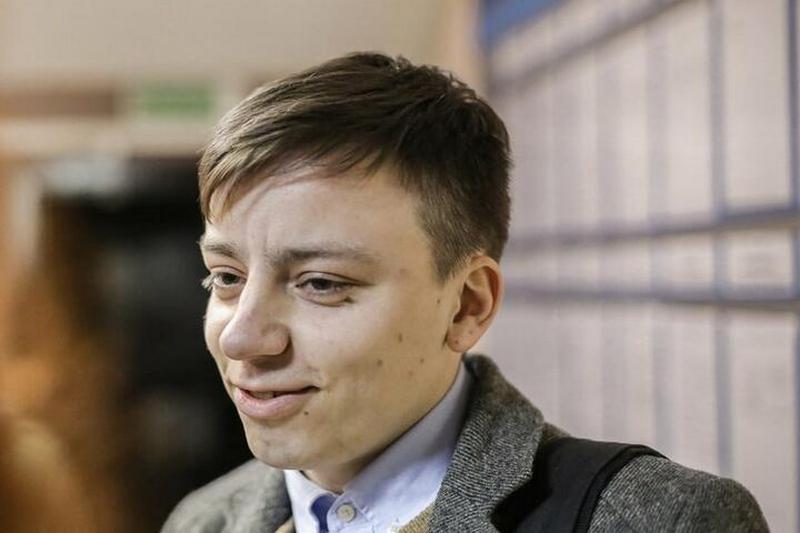 Paris, October 27, 2022 – Belarusian authorities must immediately release Aliaksandr Lyubyanchuk, who was sentenced today to three years in prison, and stop retaliating against journalists for their work with banned Poland-based independent broadcaster Belsat TV, the Committee to Protect Journalists said Thursday.

On Thursday, October 27, a court in Minsk, the capital, convicted Lyubyanchuk of participation in an extremist formation and sentenced him to three years in prison, according to news reports and the Belarusian Association of Journalists (BAJ), a banned local advocacy and trade group.

Lyubyanchuk is a former Belsat TV reporter, and BAJ asserts that his conviction is retaliation for his former work at the outlet. Authorities labeled Belsat TV as “extremist” in July 2021 and blocked its website and social media, according to reports. Lyubyanchukleft Belsat TV in 2021 and no longer works in journalism, BAJ deputy director Barys Haretski told CPJ via email. In 2020, Lyubyanchuk was detained several times while “performing his professional duties,” Belsat TV reported.

“Today’s sentencing of Aliaksandr Lyubyanchuk to three years in prison shows how Belarusian authorities’ resentment against those who covered the 2020 protests demanding the resignation of President Aleksandr Lukashenko stretches to former journalists who were forced to give up their work for fear of reprisal,” said Gulnoza Said, CPJ’s Europe and Central Asia program coordinator, in New York. “Belarusian authorities must stop using extremism legislation against former Belsat TV journalists and immediately release Lyubyanchuk and all members of the press currently behind bars.”

Lyubyanchuk has been detained since May 26, 2022, as CPJ documented. His trial started on October 24 at the Minsk City Court and lasted three days, BAJ reported. CPJ was unable to immediately determine whether Lyubyanchuk intended to appeal his sentencing.

At least six other current and former Belsat TV journalists are behind bars; four are awaiting trial.

CPJ’s emails to the Belarusian Investigative Committee and Belsat TV did not receive any reply.