On November 21, journalist Uladzimir Chudzyantsou was removed from a train at the Belarusian-Polish border. The authorities claim that Belarusian border guards found 0.87 grams of marijuana in his personal belongings. Moreover, a search was conducted in his flat and ‘some two packages’ were reportedly seized, the journalist’s mother said. 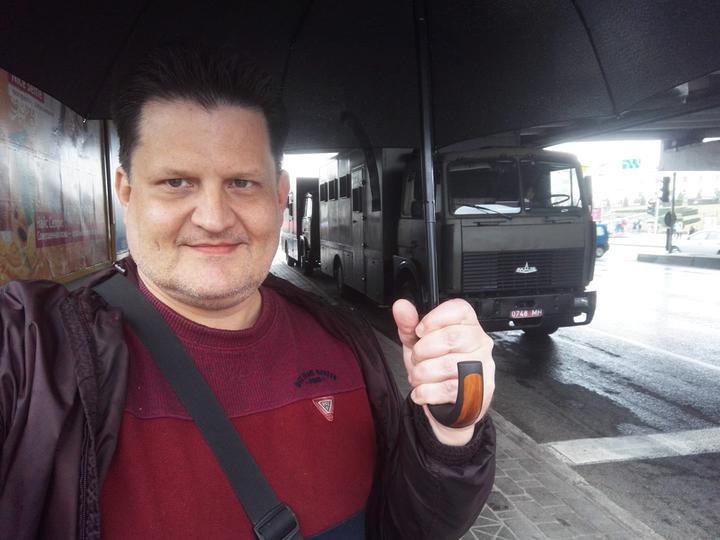 Now the journalist is suspected of attempted smuggling of narcotic substances across the border, his lawyer Alyaksandr Haliyeu told Belsat.eu.

“On November 22, the authorities remanded Uladzimir in custody, i.e. he was arrested as a suspect for two months. If a charge is brought in the next ten days, his being under arrest will last two months. If there is no charge in the coming week, he will be released,” Haliyeu said.

The examination showed no traces of prohibited substances in Chudzyantsou’s body, the lawyer added.

The journalist is being kept in a detention facility in Brest. He refuses to admit his being guilty and claims the case has been fabricated. According to Chudzyantsou, it is the Belarusian law enforcers who planted drugs on him.

Popular blogger NEXTA (Stsyapan Svyatlou) posted a video dedicated to the case; NEXTA claims that the prosecution is nothing but the Belarusian regime’s revenge for Chudzyantsou’s helping him in making the much-talked-about documentary Lukashenka. Criminal Records. The film features the history of authoritarian regime in our country; it has more than 1.5 mln views on YouTube, 500,000 – on the Russian platform Odnoklassniki and tens of thousands on other social media.

Over the recent years, Uladzimir Chudzyantsou has worked as a freelance journalist and contrbuted to the news website by24.org. Previously, he was a correspondent at TUT.by, but in 2012, the man was given a sack. In April 2016, the police raided Chudzyantsou’s place and seized computer equipment. As he was forced to sign a gag order, it is still unclear what was the case.