30.05.2018 Source: Press Service of Belarusian Association of Journalists Story: Article 23.5 of the Code of Administrative Violations

The authorities have increased pressure on the journalists who cooperate with Belsat TV and do not have accreditation by the Ministry of Foreign Affairs.

This week, as many as six Minsk journalists received summons to visit the Savetski police department of Minsk. They are Katsiaryna Andreyeva, Tatsiana Belashova, Vital Dubik, Siarhei Kavaliou, Volha Chaichyts and Andrei Kozel.

Each of the journalists are charged under infamous article 22.9 p. 2 of the Administrative Code (illegal production and distribution of media products). However, none of them know what exactly they are charged with and why the police summon so many people in one day.

In Vitebsk region, the police drew up 5 reports at the same time against  journalists Tatsiana Smotkina and Dzmitry Lupach. They are charged under Art. 22.9 part 2 of the Administrative Code, again. They are imputed with violation of Article 35 of the Media Law. 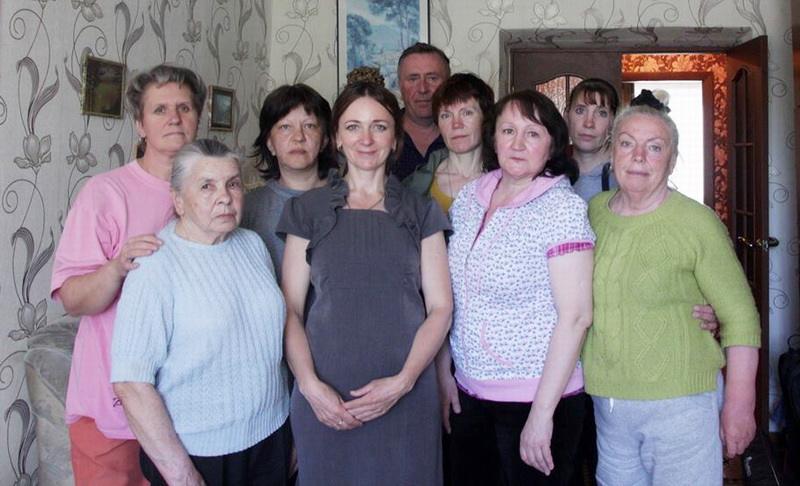 Judge Svetlana Kuheika ruled to fine her 40 basic values (about 430 euro). She found the journalist guilty of illegal production of media products  without accreditation for Belsat TV. However, Shchyrakova livestreamed the events around the hunger strike of six mothers in Kalinkavichy only to her Facebook page, making it possible for other media to take video content from it.

Shchyrakova appeared in court with a gauze mask on her lips. She withdrew it before talking to the court. The journalist claimed she did not trust the Belarusian justice in politically motivated cases, such as the coverage of the 'Mothers 328' hunger strike. She explained that as a citizen she has the right to collect and disseminate information and does not need a permission from anybody to do that.

The police and courts use persecution and fines to silence independent journalists and stop them from covering the problems people are concerned about. During the two weeks of hunger strike, none of the official media have visited the mothers whose children are serving long sentences for drug use, and listened to them,' - Shchyrakova says.

About two dozen community members came to support the independent journalist in court, including the hunger strikers -- Elena Kazakova from Kalinkavichy and Sviatlana Bahdanovich from Mazyr.

"Such crazy fines just don't make sense! What for? For the journalist just telling the truth about us? That the authorities finally heard us and made a small step towards revision of legislation and, hopefully, the practical application of Article 328 of the Criminal Code on illegal drug trafficking," - says Elena Kazakova, the owner of the apartment turned into a hunger strike headquarters.

Altogether, since the beginning of 2018, the journalists who cooperate with Belsat TV received fines of about 20, 000 USD.