In the afternoon, TUT.BY had reports coming in about Belarusians having problems with getting back home from Poland, Lithuania, Ukraine and Latvia. Later the State Border Committee commented on the situation with border closures. 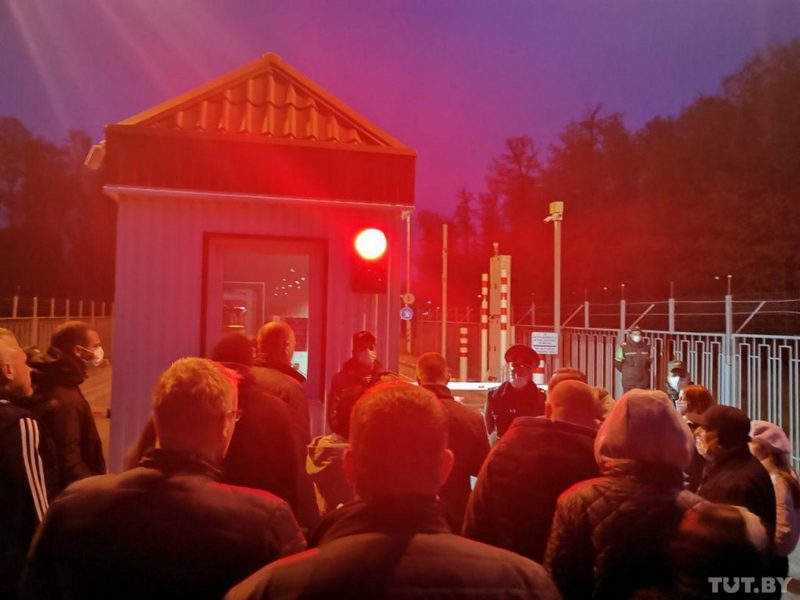 “Due to the current epidemic situation in neighboring countries, Belarus temporarily restricts entry into its territory through ground checkpoints for certain categories of individuals from Latvia, Lithuania, Poland and Ukraine,” the the State Border Committee said.

The restrictions do not apply to:

At the same time, the checkpoint at the National Airport Minsk operates without restrictions.

The current situation at the borders

Only trucks and diplomatic vehicles are now allowed into Belarus. People are allowed to leave Belarus.

International bus drivers and passengers are warned that they will not be able to return if they now cross the border on exit. The drivers refuse to go further, some passengers are looking for an opportunity to continue the trip.

The earliest reports about the prohibition on entry emerged at about 3.30 pm. First, such reports came from Poland, then from Lithuania, Latvia and Ukraine. TUT.BY sources in Poland noted that the decision to close the border did not come from the Polish side.

At the border with Latvia, border guards warn drivers of passenger cars: “You can leave the country, but you won’t be allowed back in.” Two checkpoints on the Belarusian-Latvian border work only for departure.

At the Kuznitsa checkpoint, the Polish side told Belsat that “the movement of buses and cars has been stopped, the trucks are allowed into the country.”

At the Bobrovniki checkpoint, they advised “to appeal to the Belarusian side for clarifications”.

A regular bus from Warsaw was allowed into the country at the Bruzgi checkpoint on the Belarusian-Polish border.

The information service of Minsk National Airport reported that “the border is open, planes arrive and depart.”

Sergei was coming home from Kyiv through the Novaya Guta checkpoint. The man spent several hours at the Belarus-Ukraine border until he was allowed into the country. When he approached border guards to clarify the situation, he was told that “they will do something with the Belarusians, but will not let foreigners in”.