On December 10, International Human Rights Day, Belarusian human rights organizations named the winners of the 2018 National Award for achievements in the field of human rights. The award ceremony took place in the new Territory of Rights public space that opened in Minsk the same day. 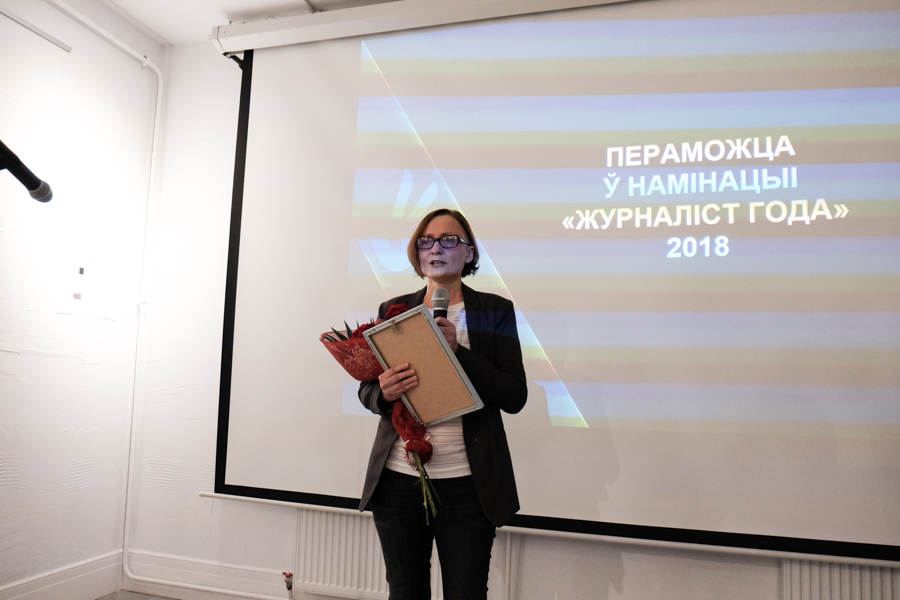 The jury chose the editor-in-chief of BelaPAN news agency Iryna Leushyna the Journalist of the Year.  The founders of the Award note, Leushyna “is making regular efforts to keep human rights on the agenda in Belarus.”

Leushyna thanked all those who nominated her, as well as colleagues and human rights activists who expressed solidarity with the journalists in “BelTA case”, where she had been one of the defendants.  "Thanks to your support, the majority managed to avoid criminal prosecution, now all support should be given to Maryna Zolatava, who faces trial. This trial will be a disgrace for the state," - said Leushyna. 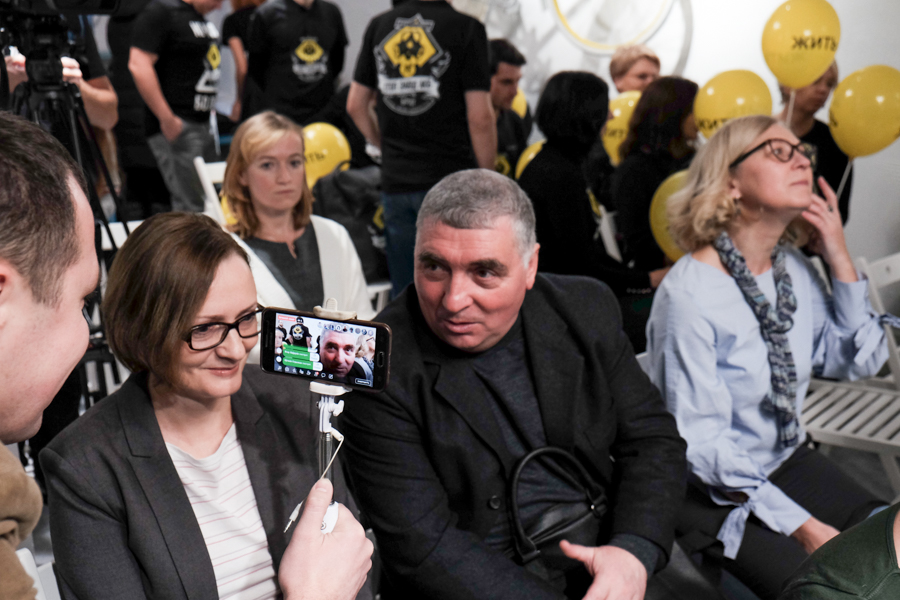 BelaPAN's chief editor said, the award belonged not only to her, but to all journalists charged in “BelTA case”, and reassured that human rights issues “will always be the focus of BelaPAN”.

Other people on the shortlist for this nomination were BelaPAN's international observer Tatsiana Karavenkova and publicist, prose writer and journalist of the Svobodnye Novosti newspaper Alexander Tamkovich. 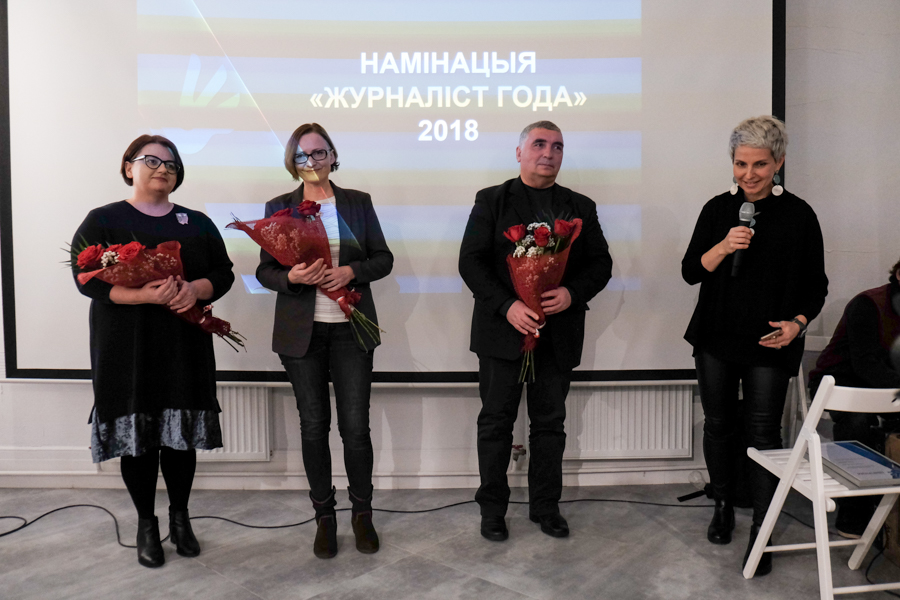 Leushyna and Karavenkova were among the 15 journalists charged in the “BelTA case”,  initiated by BelTA news agency. The investigative committee accused the journalists of unauthorized access to computer information. 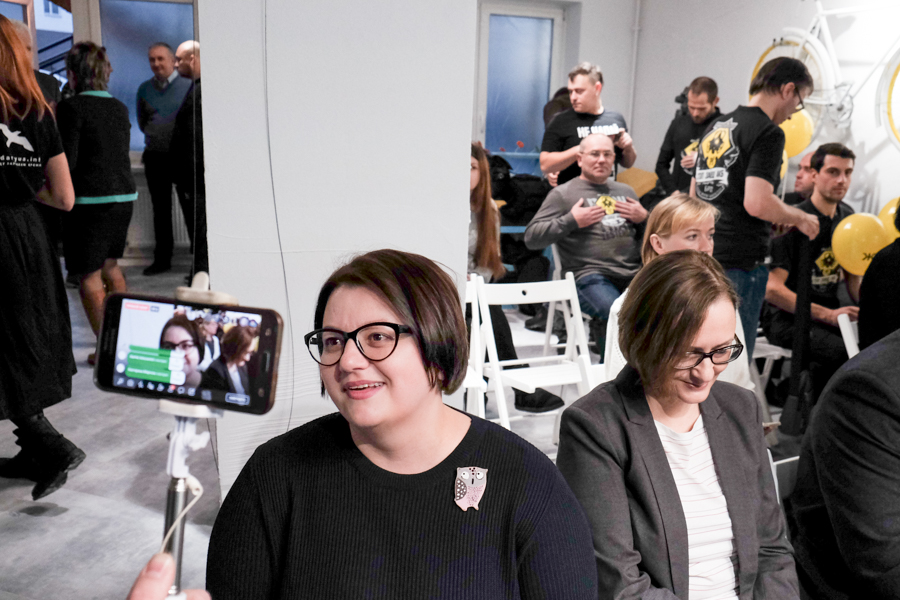 At the end of November, the charges against all but 1 media representatives were dropped - after reimbursement of the large sums of damage and payment of a fine of 735 rubles under Article 86 of the Criminal Code (exemption from criminal liability due to imposition of administrative sanctions). The only person still under charges is the chief editor of tut.by, Maryna Zolatava, who was charged under Part 2 of Art. 425 of the Criminal Code (official inaction). 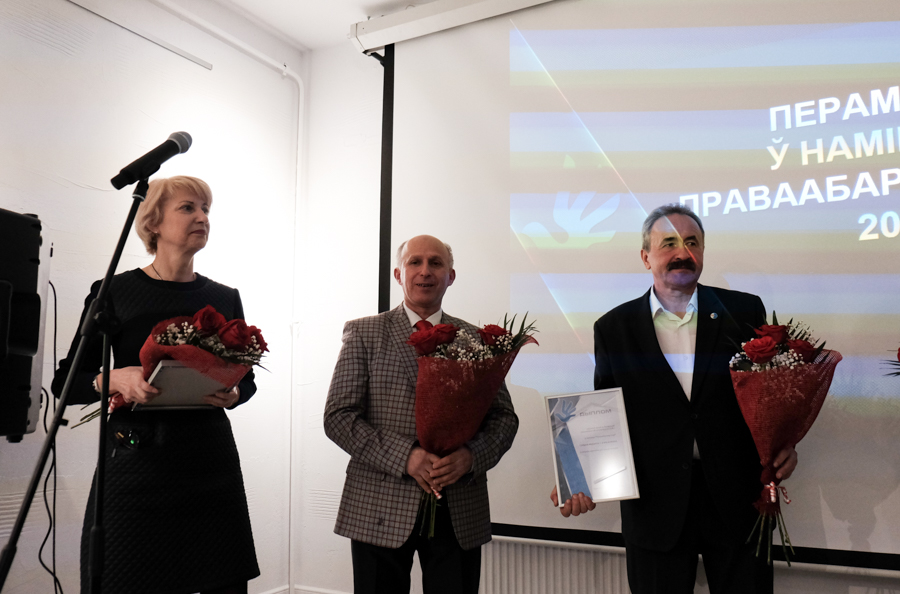 The victory in the nomination “Human Rights Defender of the Year” was shared by the director of Lawtrend center Volha Smalianka, who is one of the leading experts in the field of freedom of association and the rights of non-profit organizations in Belarus, and the leaders of the independent trade union REP Henadz Fedynich and Ihar Komlik. 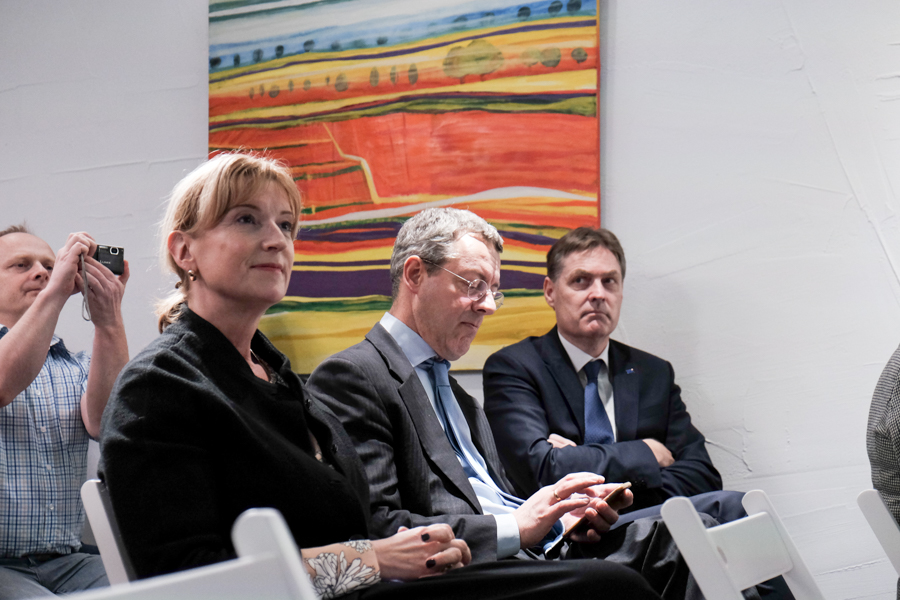 This summer, the trade union leaders were convicted of tax evasion (part 2 of article 243 of the Criminal Code) and sentenced to four years of restriction of liberty without being sent to an institution with a five-year ban to occupy leadership positions. International trade union and human rights organizations called the persecution of Fedynich and Komlik politically motivated and regarded it as an attempt to put pressure on the independent trade union movement in Belarus. 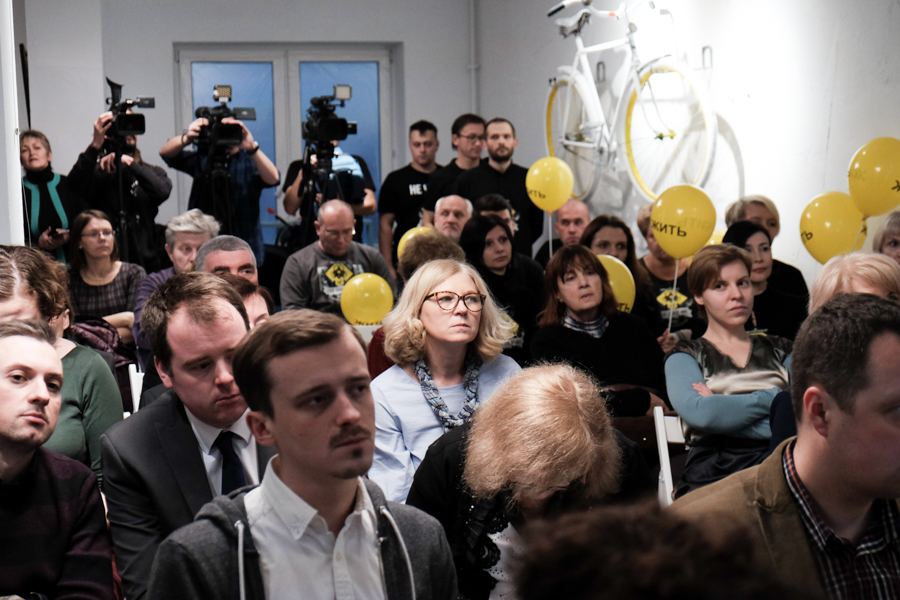 The co-founder of the human rights organization Human Constanta Anastasia Loika was also shortlisted in this nomination. She is an expert in the field of freedom of assembly, forced migration, legal assistance to refugees, as well as issues of anti-discrimination and equality. In 2009, Loika worked as a lawyer for the Committee for the Protection of the Repressed 'Solidarity', and in 2010–2018, she was a lawyer at the Human Rights Center Viasna. 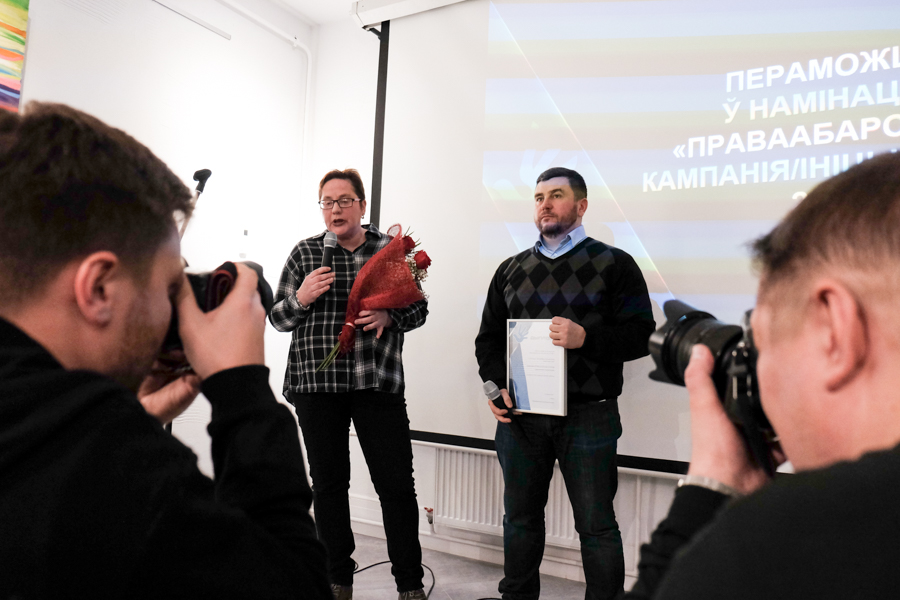 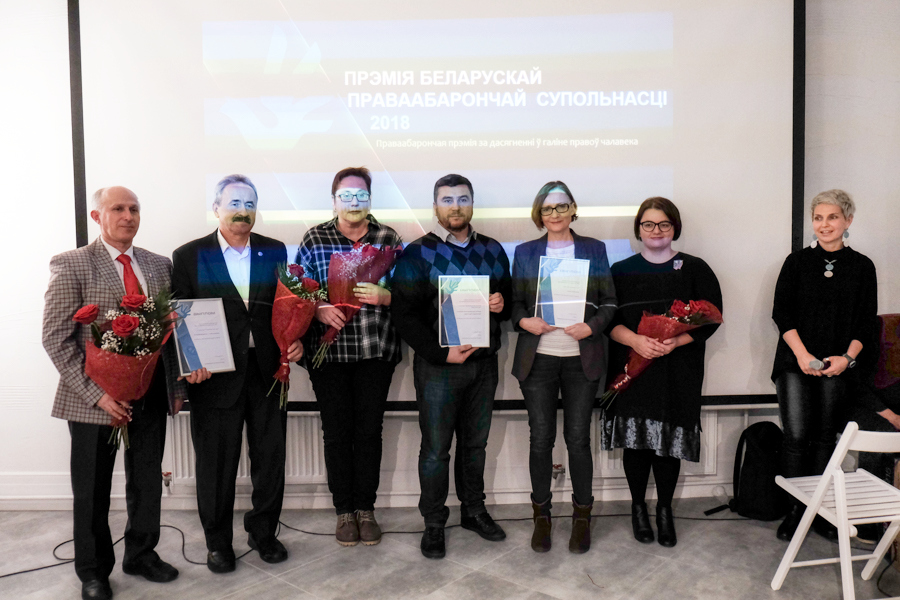 All photos by BAJ press service