The Beaten Freelance Journalist to Be Put on Trial Again

The brutally beaten freelance ‘Belsat’ cameraman Andrus Koziel has been called to the Central City District Court of Minsk for re-trial on March 7, 2018. 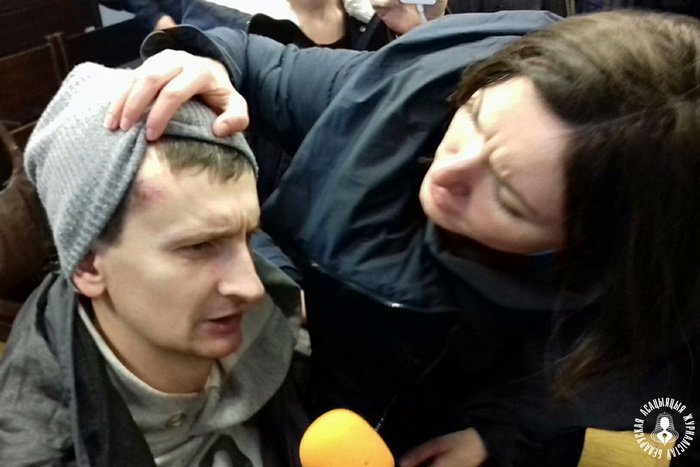 The freelance journalist was observing local elections as a candidate’s authorized representative and streaming during the counting of votes from a polling station in Minsk on February 18, 2018.

The police officers tried to expel the journalist from the polling station by order of the Head of Local Election Committee, accusing him of legal abuse.

It should be mentioned in this respect that the Election Code of Belarus doesn’t ban video recording of vote counting procedure.

As soon as Andrus Koziel refused to leave the polling station, the police officers kicked the journalist away by force.

According to the freelance journalist’ evidence, he was beaten black and blue by the police representatives. Also, reportedly, the police officers broke a glass door at the polling station premises with the journalist’s head.

Consequently, the officers blamed the journalist for ‘disobedience to the police’.

The judge Ivan Kastsian returned the police report for revision to the claimants and released the journalist from custody during a court session on February 19, 2018.

The re-trial session at the Central City District Court of Minsk (21, Kirau Str.) has been scheduled for March 7, 2018.