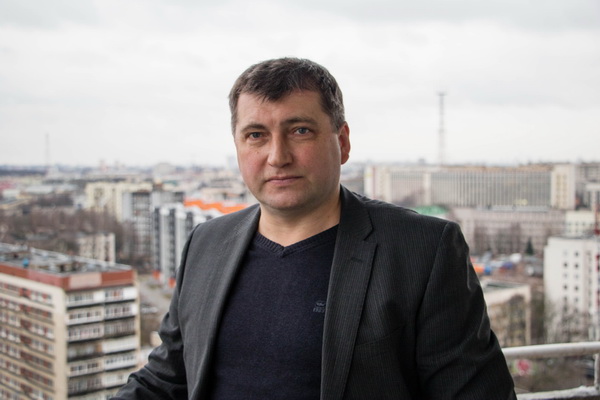 It was our first meeting since his appointment to the Minister’s post and it left positive impressions. It looked like the Minister was ready for a dialogue and ready to listen to our views, - noted Andrei Bastunets to the BAJ Press Service.

- The main topic of discussion was connected with the planned changes in the Belarus mass media legislation. The minister noted that they hadn’t been prepared by then. According to him, they will be related to the activity of broadcasting media (TV and radio) and the Internet. The Ministry of Information has agreed to invite the BAJ representatives for discussion of legislative changes. The format will be settled in near future, stressed Andrei Bastunets.

According to the BAJ Chairperson, the consideration of legal status of freelance journalists is about to be discussed in March 2018. Presently, the Ministry is convinced that a freelance journalist should be connected with a concrete editorial as a non-staff correspondent.

The problem of blocking public access to some Web-resources was also discussed during the meeting. Aliaksandr Karliukevich noted in this respect that the Ministry had repeatedly invited all interested owners of blocked Web-resources to address to the Ministry of Information of Belarus for advice.

Andrei Bastunets noted that another meeting with the Minister had been planned to be held in the near future. In particular, it will be dedicated to the detailed analysis of the problem, faced by freelance journalists as well as to other issues, connected with the planned changes in the media legislation of Belarus.