A court in Barysau (90 km northeast of Minsk) sentenced Anatol Bukas, the editor of the Barysauskiya Naviny local newspaper, to pay a fine of 345 roubles (145 euros) on 1 December for mentioning the unauthorized demonstration.

The court ruled that a 4 October article in Borisovskie Novosti mentioning an opposition demonstration in Minsk on 21 October had violated the law on mass gatherings, which bans giving the date and time of demonstrations if they are not authorized. Bukas, who pleaded not guilty, has said he will appeal. 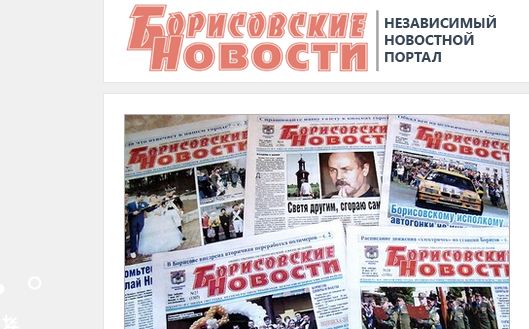 As this law had never previously been applied to a media outlet, Belarusian journalists regard the case as a dangerous precedent.

The start of 2017 in Belarus saw large street protests against a new tax on “social parasitism” applicable to anyone working for less than six months a year. The authorities cracked down hard on the demonstrations and, in March alone, 94 journalists were arrested and six were beaten by police while covering the protests.

Implementation of the tax has been suspended for the time being but the idea has not been abandoned and it continues to be the subject of occasional protests.

Reporters Without Borders (RSF) called on the Belarusian justice system to quash the editor’s unprecedented conviction for referring to a future demonstration that did not have the government’s permission.

“This dangerous precedent calls into question the right of journalists to cover demonstrations,” said Johann Bihr, the head of RSF’s Eastern Europe and Central Asia desk.

“Several UN resolutions in recent years have urged governments to lift undue restrictions on the coverage of peaceful protests. We call on the Belarusian authorities to overturn Anatol Bukas’s conviction on appeal and to bring the law on mass gatherings into compliance with international law.”