The Barysau District Court regarded a case on administrative offense against Anatol Bukas, the ‘Barysauskiya naviny’ Editor-in-chief on article 23.34, part 1 of the Belarus Code on Administrative Offenses (‘Violation of procedures on arranging or holding mass events’) on December 1, 2017. 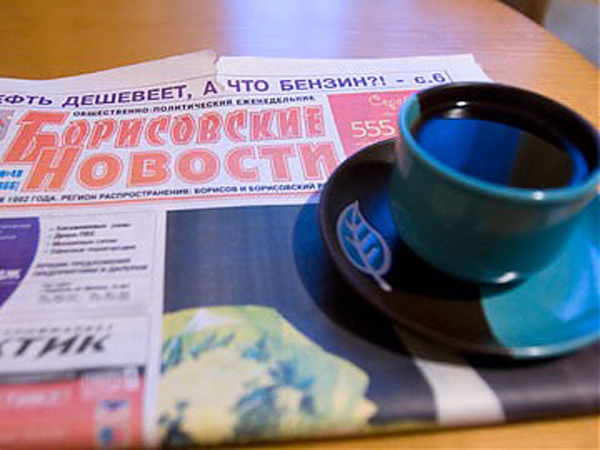 The trial was based on a police report, filed by representatives of Barysau District Department of Internal Affairs, accusing the ‘Barysauskiya naviny’ newspaper’s Editor-in-chief of publishing an article ‘The Angry People will Come out to the Square’ (#40 (1324) on October 4, 2017 with information about the upcoming civil protest action, planned to be arranged by the Belarusian National Congress in Minsk on October 21st.

On November 20, 2017, the Ministry of Information of Belarus issued an official warning in the written form to the newspaper editorial, accusing the media outlet of breaking article 38 of Belarus law ‘On Mass Media’ (‘Distribution of banned information in mass media’).

On November 28, 2017, the Editor-in-chief Anatol Bukas was summoned to the Barysau District Department of Internal Affairs to provide explanations on the case of administrative offense, which was grounded on the written warning, issued by the Ministry of Information of Belarus. The police report on the administrative offense was handed over to Anatol Bukas on the following day of November 29, 2017.

Anatol Bukas didn’t admit his guilt during the trial. He considered the presented charges, based on article 23.34, part 1 of Belarus Code on Administrative Offenses, with sanctions for participants of mass events, to be irrelevant. Nevertheless, the judge of Barysau District Court Yauhien Manyshau considered the Editor’s-in-Chief guilt to be proved and fined him 15 base amounts. The ‘Barysauskiya Naviny’ Editor-in-Chief is planning to appeal the verdict in the regional court.