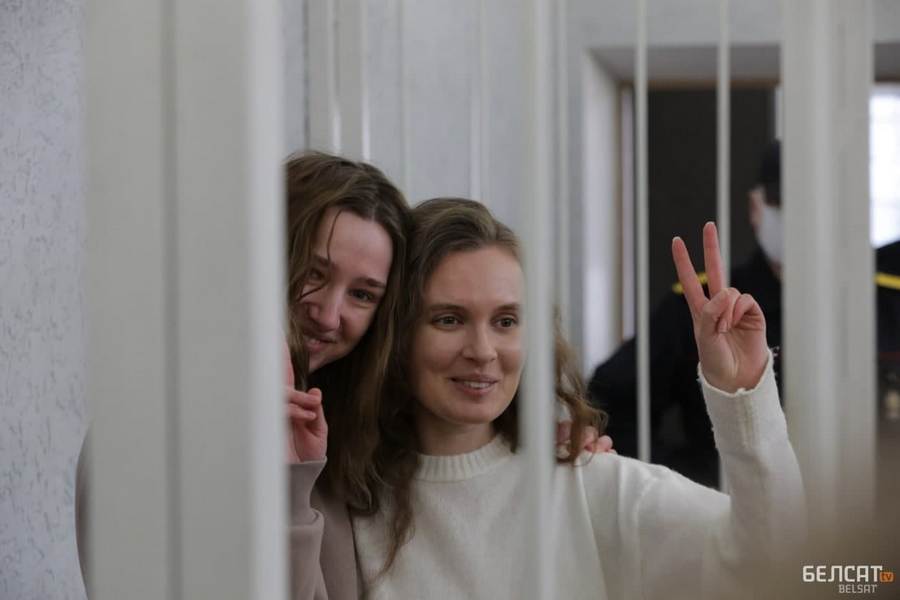 Journalists Daria Chultsova and Katsiaryna Andreyeva (Bakhvalava) were sentenced to 2 years in standard security prison. This decision was pronounced by Frunzenski district court of Minsk judge Natalia Buhuk. Katsiaryna and Daria were streaming on 15 November 2020 from the "Square of Changes". Today they were found guilty under Article 342 part 1 of the Criminal Code (organizing and preparing activities that grossly violate the public order).

We consider the verdict as politically motivated, aiming to intimidate all media workers so they stop doing their job of reporting on socially importants events in the country, which in fact means a ban on the profession.

The Belarusian Association of Journalists reiterates that freedom of expression and the right to impart information are guaranteed by the Constitution of the Republic of Belarus and the international legal obligations of Belarus (in particular, Article 19 of the International Covenant on Civil and Political Rights).

- to revise the verdict on the case of Belsat journalists Daria Chultsova and Katsiaryna Andreyeva (Bakhvalava);

- to stop the persecution of journalists and media in the country.