On International Human Rights Day, representatives of the Belarusian Association of Journalists visited Vienna where they met with the OSCE Representative on Freedom of the Media Harlem Désir and President of the Austrian branch of the Reporters without Borders Rubina Mohring. 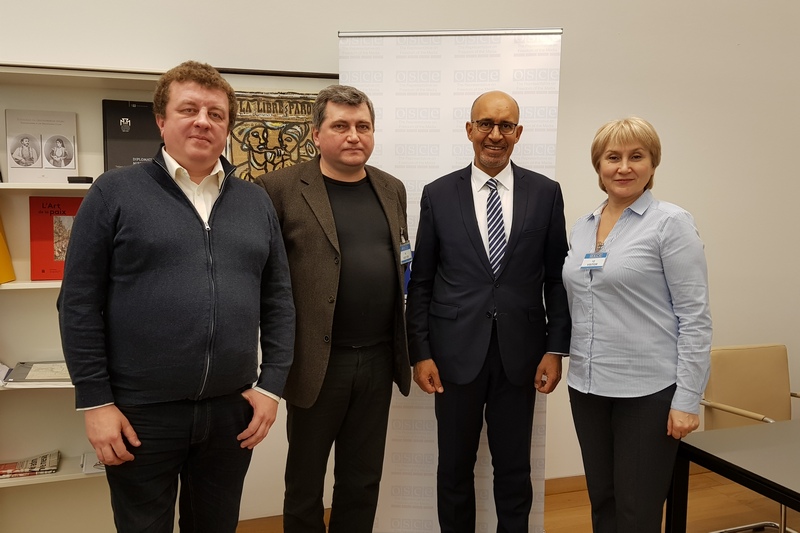 Chairman of the Belarusian Association of Journalists Andrei Bastunets stressed that the problem was not only in extremely restrictive media legislation, but also in the arbitrariness of the civil servants.

- 2018 has been one of the worst years for independent media. It was the year of criminal charges against 15 journalists in BelTA case, which have eventually been dropped, while chief editor of TUT.BY Maryna Zolatava still remains under criminal investigation; of pressure on the journalists who cooperate with foreign media, to name a few.

The OSCE Representative on Freedom of the Media Harlem Désir expressed his support to Belarusian journalists and noted the high level of cooperation between his Office and the Belarusian Association of Journalists, which regularly informs the OSCE on the situation of media freedom in Belarus.