On December 7, BAJ representatives had a meeting with Information Minister Liliya Ananich to discuss the burning issues of journalistic community.

Today, BAJ representatives Mikhas Yanchuk and Aleh Aheyeu had a meeting with Liliya Ananich and discussed potential cooperation of the state body with journalists in order to solve some issues.

“We reminded that, in spite of the recent declaration made by Liliya Ananich about even conditions for all mass media, there are some private mass media discriminated by Belposhta. Regional newspaper Intex-press (in Baranavichy), Barysauskiya Naviny, Hazeta Slonimskaya, Otdushina and the national newspaper Novy Chas are absent from the catalogues of the state monopolist Belposhta and kiosks of Belsayuzdruk,” says Mikhas Yanchuk. The outlets regularly send pleas to have them included, but always receive refusals. The Minster of Information said that the issue would be considered. 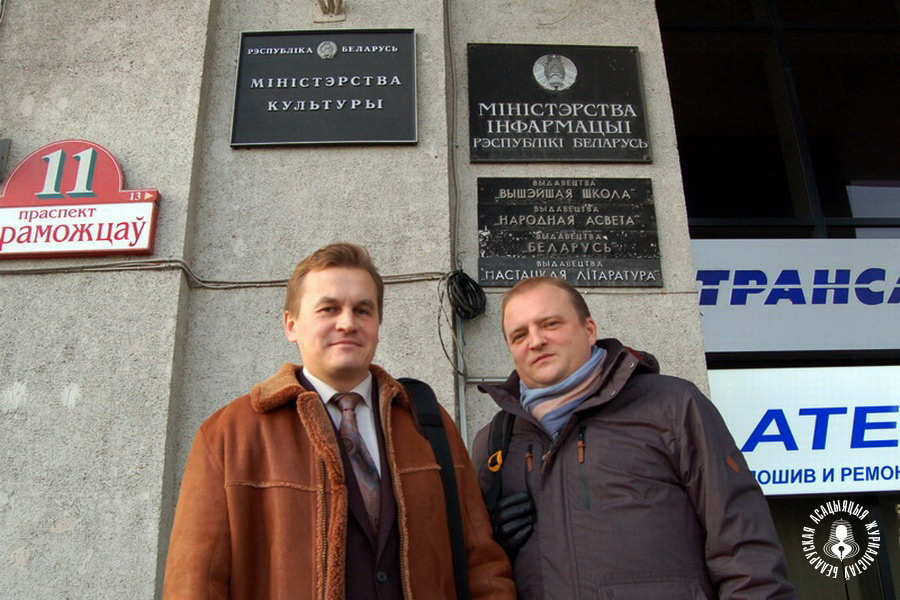 BAJ representatives also suggested that the association should be invited to discuss draft laws and normative acts within the Interagency Plan on Implementation of Recommendations given to Belarus upon completion of the 2nd Periodic Review.

They also touched upon the issue of influence of Russian media content, but did not find common language with the Minister: Liliya Ananich says that the Russian Federation is a strategic partner of Belarus, including the media sphere.

Liliya Ananich drew attention to the fact that non-state mass media often violated legislation, in particular by poorly moderated user comments. The Minister is worried that users on some websites are offensive and promised to change the practice soon, also with the help of BAJ. Here, representatives of the association reminded that they pushed for decriminalization of defamation in the media and online.