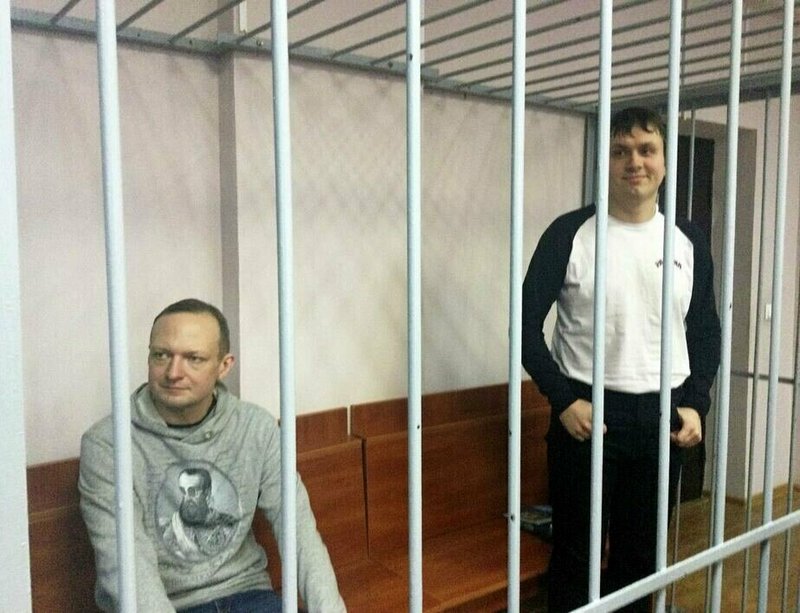 On 15 March 2022, the judge of the Minsk Zavodski District Court Anzhela Kastsiukevich sentenced Yahor Martsinovich, the Nasha Niva editor-in-chief, and Andrei Skurko, the head of the advertising and marketing department at Nasha Niva, to two and a half years in prison.

Our colleagues have been found guilty of absurd charges of "causing injury not qualifying for theft, committed by a group of persons in collusion, or major injury" (art. 216.2 of the Criminal Code). The journalists did not plead guilty.

Following the 2020 presidential elections in Belarus, dozens of media sites and sites covering public affairs were blocked in Belarus, almost all independent print publications were forced to stop publishing, 30 journalists and media workers are in prison in Belarus.

The Belarusian Association of Journalists demands that:

the sentences of Yahor Martsinovich, Andrei Skurko, and the other 28 imprisoned media workers are overturned and they are released;

the practice of using of criminal prosecution as an instrument of pressure on freedom of expression is abandoned;

the crackdown on journalists and media in the country is stopped immediately.