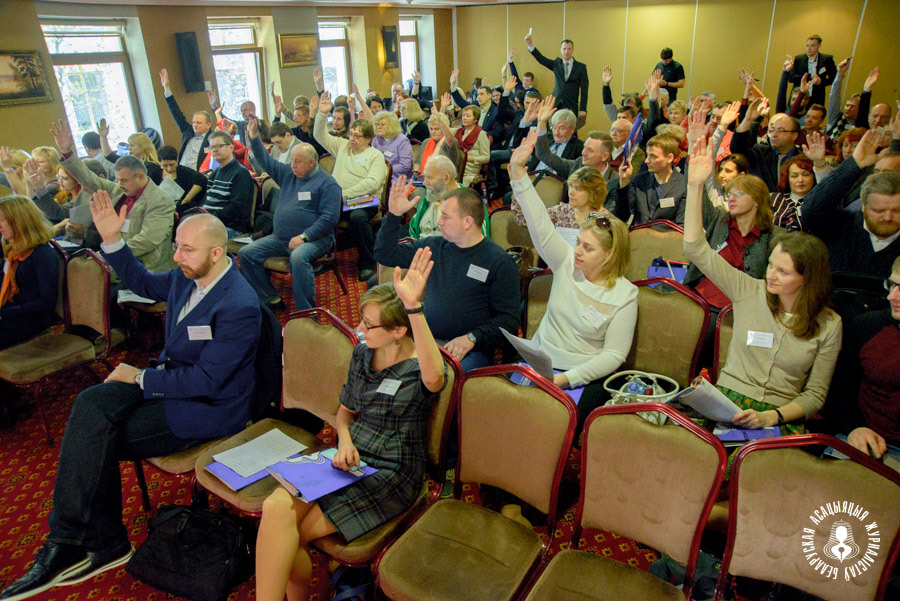 75 delegates out of 80 nominated BAJ members took part in the Congress.

The Congress delegates approved the reports of BAJ leadership, audit commission, and ethics commission. Also, all volunteers had opportunity to deliver their speeches during the general meeting.

A number of documents was adopted during the 10th Congress, including the Statement of the 10th BAJ Congress. The Statement draws special attention to the presently discussed amendments to the Belarus Media law by the Belarusian parliamentarians.

Among other, the Congress participants called upon the Belarusian authorities:

- to arrange broad discussion of proposed changes in the media law with participation of Belarusian and international experts, media sector representatives as well as business people and the civil society representatives;

- to update the draft amendments to Mass Media law before their second reading with all opinions taken into account;

- to admit the freelance journalists’ right to collect and disseminate freely information in the domestic and foreign media.

In particular, the delegates elected Aliaksandr Starykevich, Alina Suravets, Aleh Aheyeu, and Barys Haretski to told the positions of Deputy Chairpersons of BAJ.