Siaredzich received the award before the ceremony of Free Word contest.

— This year we have been thinking about the award ceremony. We decided to establish special BAJ awards. We've got a legendary, outstanding person — Iosif Siaredzich, who's been running Narodnaya Volya for 25 years. I admire Iosif's courage and energy that help to keep him the newspaper afloat in our country, — aid BAJ chairman Andrei Bastunets said. 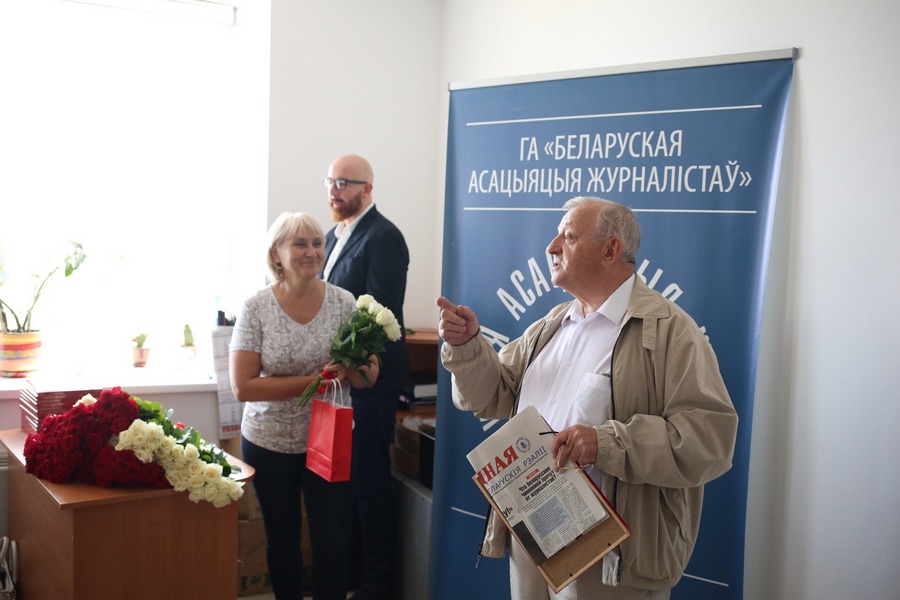