Aliaksandr Ivulin, a journalist with the now-blacklisted sports news website by.tribuna.com and soccer player, has had his pretrial detention extended again, the unregistered Viasna Human Rights Center reported on Monday. 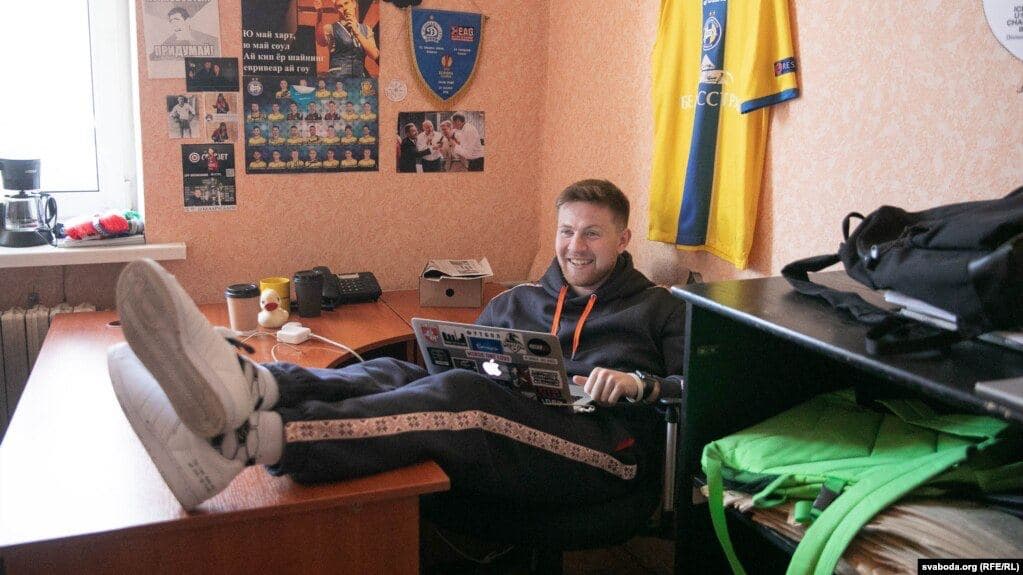 In was not immediately known for how long the detention was extended.

Mr. Ivulin, who plays for FC Krumkačy Minsk in Belarus’ second division and has a popular YouTube channel focusing on soccer, has already been in custody for four months.

He was arrested in his Minsk home on June 3 and sentenced to 30 days in jail the following day on a charge of staging an unauthorized demonstration over a white-red-white-flag in a window of his apartment.

He was not released on completion of his jail sentence, as he was charged under Part One the Criminal Code’s Article 342, which penalizes “organizing or taking an active part in group actions grossly disturbing public order.”

In addition, Maksim Bierazinski, head of the site who is currently staying abroad, had his Minsk apartment searched on September 1.

Andrej Masloŭski, a journalist who had worked for by.tribuna.com for more than a decade before quitting the job in July 2021, was sentenced to 15 days in jail on September 8 for allegedly distributing extremist content, an offense penalized by the Civil Offenses Code’s Article 19.11.

Mr. Masloŭski was arrested on September 6, after officers of the interior ministry’s organized crime and corruption department, which has played a central role in the government’s crackdown on political opponents, searched his apartment.

The journalist was subsequently placed in the detention center on Akrescina Street in Minsk.