Article 23.5 of the Code of Administrative Violations 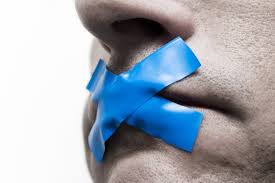 The law stipulates that a foreign mass medium’s journalist means “a natural person engaged in collection, editing, creation (preparation) of informational reports and/or materials for a legal person which is entrusted with functions of the editorial board of the mass medium, registered outside the Republic of Belarus, who is connected with this legal person through labor relations and has accreditation in the Republic of Belarus.”

From the definition it follows that such journalists can work only according to a contract. Thus, freelancers are not acknowledged as foreign mass medium’s journalists and cannot get accreditation from the Ministry of Foreign Affairs. Meanwhile, it is against the law to carry out journalistic activities for a foreign mass medium without accreditation (art. 35 of the Law). Without the official press credentials, freelancers are faced with a number of troubles, such as access to information and security.

Journalists contributing to foreign mass media have always drawn attention of law enforcement agencies, the latter had restricted themselves to preventive talks and issuing warnings that the journalists violated the law by working without accreditation.

Since 2014, freelancers have been held responsible for their work, according to administrative legislation. Around two dozen journalists have been fined for violating art. 23.5 of the CoAO, some of them have been fined several times. One journalist’s flat was searched, and computers and data carriers were seized for investigation.

Art. 22.9 envisages liability for “illegal production and distribution of mass media products”; however, provisions of the Law on Mass Media envisage that only media editorial offices can be held liable under this article.

The practice of prosecution of freelancers seriously violates the standards of freedom of speech. OSCE Representative on Freedom of the Media Dunja Mijatović has repeatedly expressed her concern about the issue, in particular, she said: “Accreditation should not be a license to work and the lack of it should not restrict journalists in their ability to work and express themselves freely,” Mijatović said. “All journalists should have the same professional rights as journalists employed with registered media outlets, including the right to seek and disseminate information.”

BAJ is holding a campaign calling to introduce amendments to the Law on Mass Media to ensure unimpeded work of freelancers in Belarus, and also provides legal assistance to the prosecuted journalists.

Names of journalists, judges, dates, sums of fines imposed on journalists in 2014 - 2020 for administrative article 22.9 (unlawful production and distribution of mass media products).

RSF: Harassment of two journalists is test for international community

Harassment of Freelancer in Homel Sees No End

Freelance journalist Kastus Zhukouski has been fined 11 times for contribution of his material to Belsat; he has to pay 70 million Belarusian rubles, which is equivalent to 3000 euro.

The First Fine to a Freelance Journalist in 2016: 22 base amounts

A journalist and a BAJ member Larysa Shchyrakova has been fined by Homiel District Court 22 base amounts (4 million 620 thousand Belarusian rubles – around EUR 225). She was found guilty of breaking article 22.9 of Belarusian Code on Administrative Offenses (‘Illegal Production and Violation of Mass Media Products’). De-facto, she was punished for cooperation with a foreign media outlet without accreditation from the Ministry of Foreign Affairs of Belarus. The case was considered by the judge Aliaksandr Lisouski on January 13, 2016.

Freelance Journalists Face another Wave of Prosecution in Belarus: Police Report Made against Larysa Shchyrakova (Homiel)

The Belarusian official authorities have started a new wave of pressure on independent journalists. The previous repressive trend was suspended, following the promises, given by the President of Belarus A. Lukashenka, to look into the problem in August 2015.

Larysa Shchyrakova, a freelance journalist and representative of the Belarusian Association of Journalists (BAJ) in Homieĺ, has complained to the UN Human Rights Committee about the violations of her right to receive and disseminate information (freedom of expression), and the right to defense in court (a fair trial).

On August 19, journalists Ales Kirkevich and Ales Dzianisau were found guilty of violating art. 22.9 of the Administrative Code and fined 25 basic amounts each (4.5 million rubles).

BAJ Protest against the Practice of Fining Journalists for Work

Belarusian Association of Journalists strongly protests against the increasing administrative prosecution of freelance journalists whose materials are published in foreign mass media.

EFJ Statement on the Alarming Situation with Freelance Journalism in Belarus

At the EFJ Annual Meeting in Budva, Montenegro, June 1 - 2, EFJ made a statement on the situation of freelancers in Belarus.