AP Report about Chernobyl Sparks Denials and Allegations of Provocation

Belarus authorities deny AP information that dairy products from a farm in the south of Belarus fall short of radioactive norms.

The report “Test finds Chernobyl residue in Belarus milk” authored by Associated Press correspondent Yuras Karmanau was released in AP Exclusive on April 25, on the eve of the 30th anniversary of the Chernobyl nuclear disaster. The report went viral in world and Belarusian media; on the first day, it gathered 43 thousand views from mobile devices only, heading the AP Mobile Top Ten.

The report says about a dairy farm near the Polesie Radioecological Reserve. Correspondents took a probe of milk from the farm. A test made in the state-run Minsk Center of Hygiene and Epidemiology revealed that “the milk contained strontium-90, a radioactive isotope linked to cancers and cardiovascular disease, in quantities 10 times higher than Belarusian food safety regulations allowed”. Products from the farm, however, go to a dairy company Milkavita, which mostly caters for the Russian market. The farmer does not have his own devices to measure radiation, meantime, Milkavita officials “insist that their own tests show their milk supply contains traces of radioactive isotopes well below safety limits”.

The reaction to the report, however, was even more stunning, as on April 26 the Minsk Center of Hygiene and Epidemiology disputed the tests. The deputy of the doctor-in-chief of the Center Piotr Amvrosyev told BelaPAN that the report was a pure provocation, the milk in the test met the norm in the quantity of cesium, and it had not been tested for strontium at all, because the milk was not enough for the test. The head of the Paliessie production department of Milkavita Albert Dravila said in an interview to the Radio Svaboda that  the report was total nonsense. 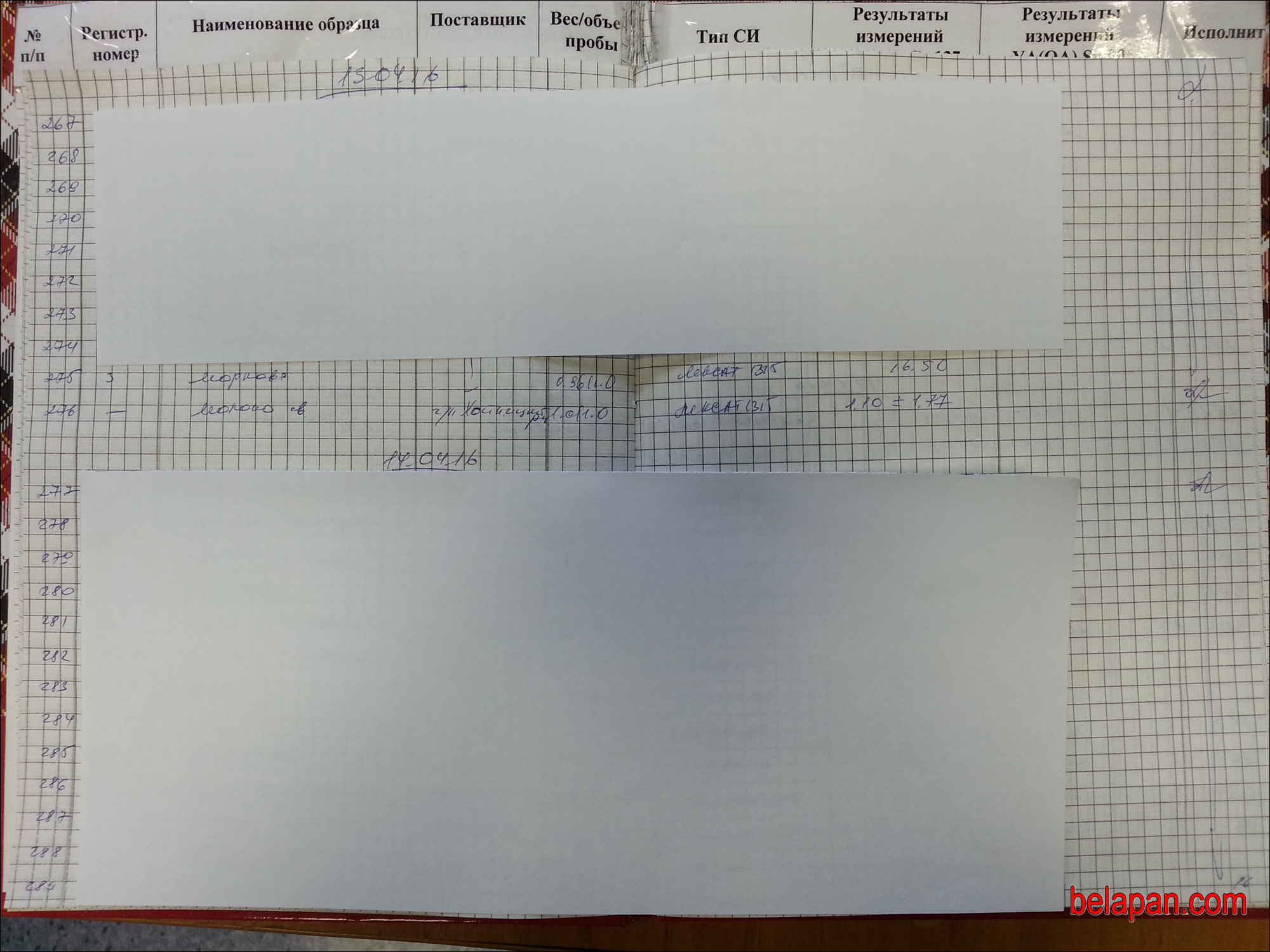 On the evening of April 26, Yuras Karmanau provided the conclusion of the test to Nasha Niva: the second line from the bottom says about the quantity of strontium. 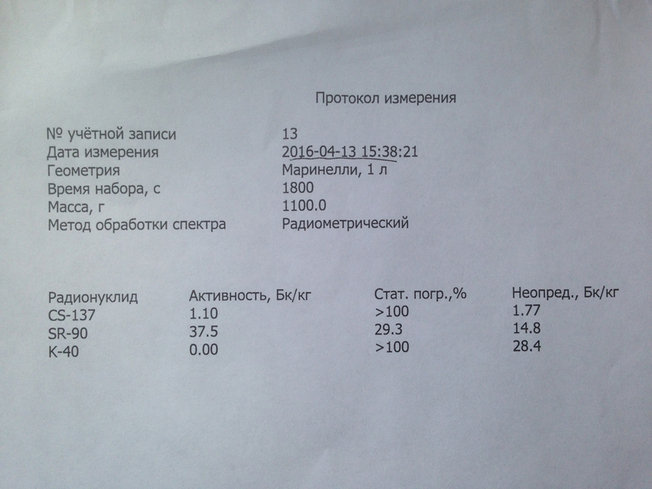 We can only guess how the scandal will unfold further. Meantime, BAJ press service asked Yuras Karmanau about preparation of the material. 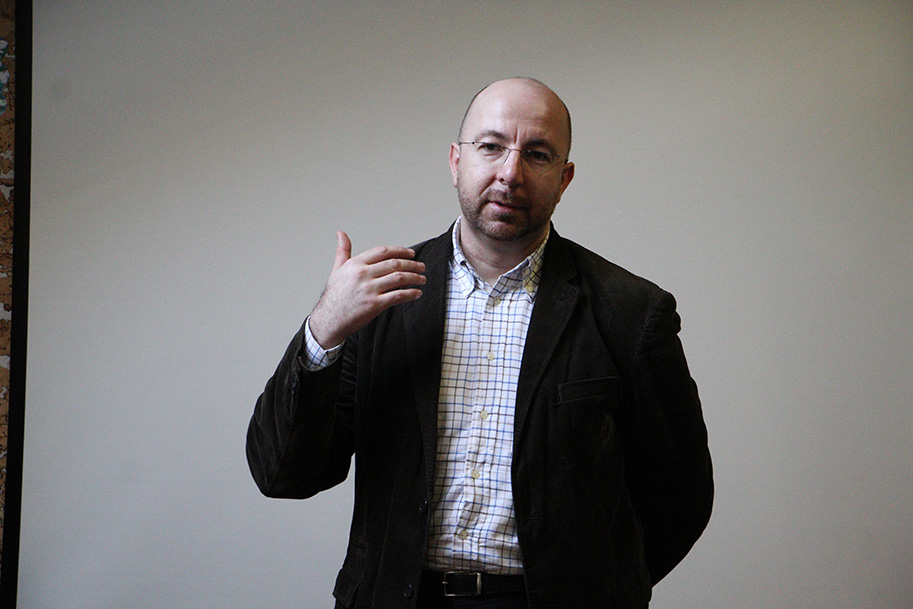 The reporter says that the trip to the Polesie Radioecological Reserve took three days in the first half of April.

“The editorial office of AP ordered us to write a story for 30th anniversary of the Chernobyl disaster. Before that, we prepared materials from the Ukrainian side, now it was time for the Belarusian one. We waited for the permit to enter the zone quite long, we were given an accompanying person. Entry to the reserve is across gates, pass points, everything is very strict...

But near the border of the reserve we saw a herd of cows and we decided to find out details. It turned out that the herd belonged to a farmer who did not fear radiation and was proud to provide two tons of milk to the local dairy factory.

We acted according to the classical investigation scheme. We took the milk for a probe, visited the factory. We acted quite openly. Our report is in fact a reflection of what is going on now in the Chernobyl zone.”

But it is not a closed way, anyone could follow it. Why the farm had not been revealed by journalists of Belarusian mass media?

“This has been my first time in the Belarusian Chernobyl zone, I’ve never been there before. I don’t knw why it had not been revealed (earlier). Perhaps, somebody had not got the idea. It is easier to write about tears of the liquidators, about abandoned villages, about the ghost town than about what is actual nowadays…

Firstly, journalists are used to write for the dates, in a cliché way. Here is the date today, we’ve got to work it out. Secondly, investigations in Belarus are in trouble at all. We only know about loud investigations made by non-state mass media – Nasha Niva, TUT.by, Narodnaya Volya… But we practically don’t hear about investigations of state-run mass media. It is a huge trouble of Belarusian journalism.

Moreover, the problem of food concerns everyone. A citizen might buy for oneself “a piece of hazard” in the shop. The state must deal with it. And journalists have to ask the questions that are interestimg for everyone. This is what we call public interest. The main function of the press is to serve to the public interest, to speak about such things and to help change the situation.”

Can we talk about a possible change in policy towards the Chernobyl issue in Belarus?

“We surely hope for a change. But, we must at least question the “return to the Chernobyl region”, about the active re-population. We must admit the gravity of the problem of people’s healthcare – and not only of those who live in the contaminated area.

As for AP journalists – I can say that the genre of investigation in our agency is in high demand. This year, the team of AP received a Pulitzer Prize for investigation about the use of slave force in South-East Asia which helped to free hundreds of people.”