Another journalist linked to sports news site arrested over protests

Minsk, 7 September. Andrej Masloŭski, a journalist who worked for the now-blacklisted sports news website by.tribuna.com for more than a decade, was arrested on September 6. 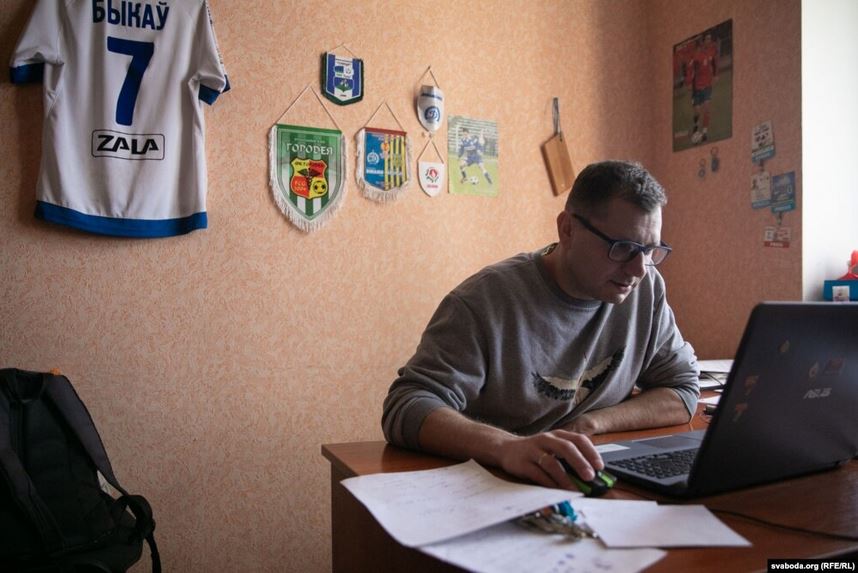 Officers of the interior ministry’s organized crime and corruption department, which has played a central role in the government’s crackdown on political opponents, searched Mr. Masloŭski’s apartment before arresting him.

Maksim Bierazinski, head of the site, recalled that by.tribuna.com had been blocked and designated as extremist by Belarus’ authorities.

“But we continue working, continue informing people about what is really happening in the sphere of sports,” he told BelaPAN, speaking from a foreign country. “Perhaps someone may not like that. I see that as powerlessness.”

He described Mr. Masloŭski as a “kind, decent and calm” person and expressed hope that he would be reunited with his family soon.

Aliaksandr Ivulin, a by.tribuna.com journalist, was arrested at his Minsk home on June 3 and sentenced to 30 days in jail the following day on a charge of holding an unauthorized protest.

He was not released on completion of his jail sentence. Instead, he was put in custody and charged under Part One the Criminal Code’s Article 342, which penalizes “organizing or taking an active part in group actions grossly disturbing public order.”

Mr. Ivulin is currently held in Pre-Trial Detention Center No. 1 on Valadarskaha Street in Minsk.

On September 1, police searched the Minsk apartment of Mr. Bierazinski, who had left Belarus months before.