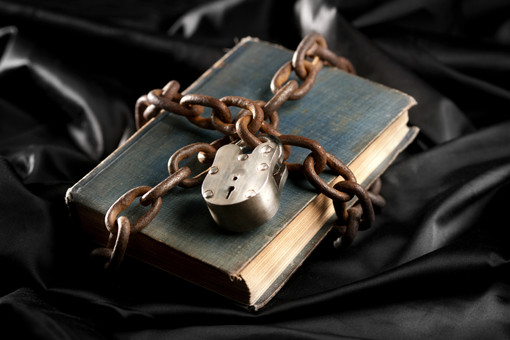 The Law on Mass Media lists types of information of limited access, namely:

- data constituting state secrets, commercial, personal or any other secrecy protected by the law;

- data about organizational system, about sources, about methods, about ways, plans and results of operative and search activities;

- materials of inquiry, preliminary investigation and court proceeding prior to the termination of criminal case proceedings;

- other information envisaged by the legislation of the Republic of Belarus.

According to the “List of state bodies and other organizations entitled to classify information as state secrets” (enforced by the President’s Decree dated 25.02.2011, № 68 On Some Issues in the Sphere of State Secrets), there are around 60 organizations that can restrict access to information as a state secret. Amon them are the Representative on the Issues of Religions and Nationalities, the Belarusian State Concern of Food Industry, the Belarusian State Concern on Production and Sales of Consumer Goods, State Inspection of Protection of Flora and Fauna, the National State TV and Radio Company.

Thus, the state organizations enjoy the freedom to impose restrictions on whole segments of information on their own initiative.

The list of types of limited information is open-ended, with respect to “other legislative acts”.

For example, in 2013 the Law on Information, Informatization and Protection of Information was amended among all with a new category – “official (service) confidential information”. The definition means data pertaining to activities of a state body or a legal entity, the distribution and (or) provision of which might inflict damage to the national security of Belarus, public order, morale, rights, freedoms and lawful interests of physical persons, including to their honor, dignity, personal and family life, and to rights and lawful interests of legal entities and not pertaining to state secrets (article 18/1).

Protection of information of state bodies

Relations between journalists and official representatives is one more issue – in fact, they are not allowed to communicate directly. Article 22/1 of the Law on Public Service envisages that these are heads of the state organizations to decide when and how their subordinates will communicate with the public. The presidential decree No65 dated February 6, 2009 sets up press services for every state bodies; press services are responsible for communication with the media. All press releases are to be approved by the press service which directly responds to the head of the organization.

Sometimes, the functions of press services are laid on ideological departments.

Accreditation as a permit for profession

The Law contains only the definition of “mass medium’s journalist”, and the very term of accreditation interprets it as “the confirmation of the right of a mass medium’s journalist to cover actions organized by state bodies, political parties, other public associations, other legal persons as well as other events taking place in the territory of and outside the Republic of Belarus” (art. 1).

Besides, if people work on freelance basis without any contract with mass media, they are not legally acknowledged as journalists. They not only fail to enjoy preferences which mass medium’s journalists have (access to events, special facilities etc.), they are subject to  prosecution of prosecutors and the police who use the accreditation requirement as a pretext to prevent freelancers from gathering information.

The last but not least is abuse of power by executive bodies and personnel who deny access to official events, to courtrooms, or deny public information, without the right to do so.

On January 9, Frunzenski distrcit court of Minsk on January 9 did not allow journalist Dzmitry Buyanau to be present during the hearing. Hanna Zhurauskaya, Assistant Court Chairman, told the guards not to let him in, as he was carrying a video camera.

BAJ member, Hrodna journalist  Viktar Parfionenka has just been denied accreditation by the Belarus Ministry of Foreign Affairs, again.  This was his eleventh attempt as a reporter of the Belarusian Radio Racyja to get official permission to work.

Chair of the Central Election Commission wants only the MFA-accredited foreign press and Belarus' "central" media to have access to the CEC press center.

Traders of the Brest market TSUM invited correspondents of the ONT TV channel to express their point of view on the situation concerning the market of goods, which in fact ceased its work after the New Year holidays.

In a joint address to the authorities on December 9, Belarusian human rights defenders call on the government to close down politically motivated cases, among them the case of the observer Aliaksandr Alesin, and to stop persecution of journalists of Belsat TV and Radio Racyja.

Several recent incidents with photo reporters alarmed the society: who ordered to check identities of people that take pictures of administrative buildings? A copy of the internal ruling appeared on the internet, reports Euroradio.