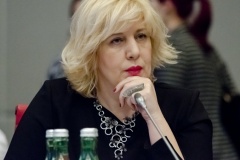 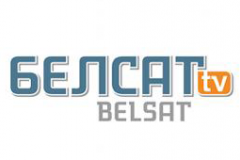 BAJ received an official reply to its request filed to the ministry of Home Affairs; journalists asked to publicize the internal ruling that banned taking pictures of administrative buildings. The deputy head of the chief department on crime prevention and maintaining public order I.Kubrakou answered that “lately, there have been facts in the country when citizens, including foreign ones, took photos of administrative buildings with the purpose of further discrediting of state bodies.” So, measures were taken to prevent potential threats – “from provocations to terrorist acts”. The official representative claims that law enforcement agencies have the right to find out for what purpose such pictures are taken. However, they are not obliged to publicize an internal document. The lawyer of BAJ Andrei Bastunets said BAJ would file a claim against the “internal document”. 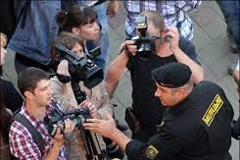 Attacks against journalists and media staff (2014)

Most discussed issues of the period were written warnings to several independent mass media for minor faults and an internal document of the Ministry of Home Affairs which prevented people from taking pictures of administrative buildings.

Several recent incidents with photo reporters alarmed the society: who ordered to check identities of people that take pictures of administrative buildings? A copy of the internal ruling appeared on the internet, reports Euroradio.