Zhanna Litvina about Situation with Human Rights in Belarus: ‘The Government Made Concessions, but Put Pressure on Journalists’ 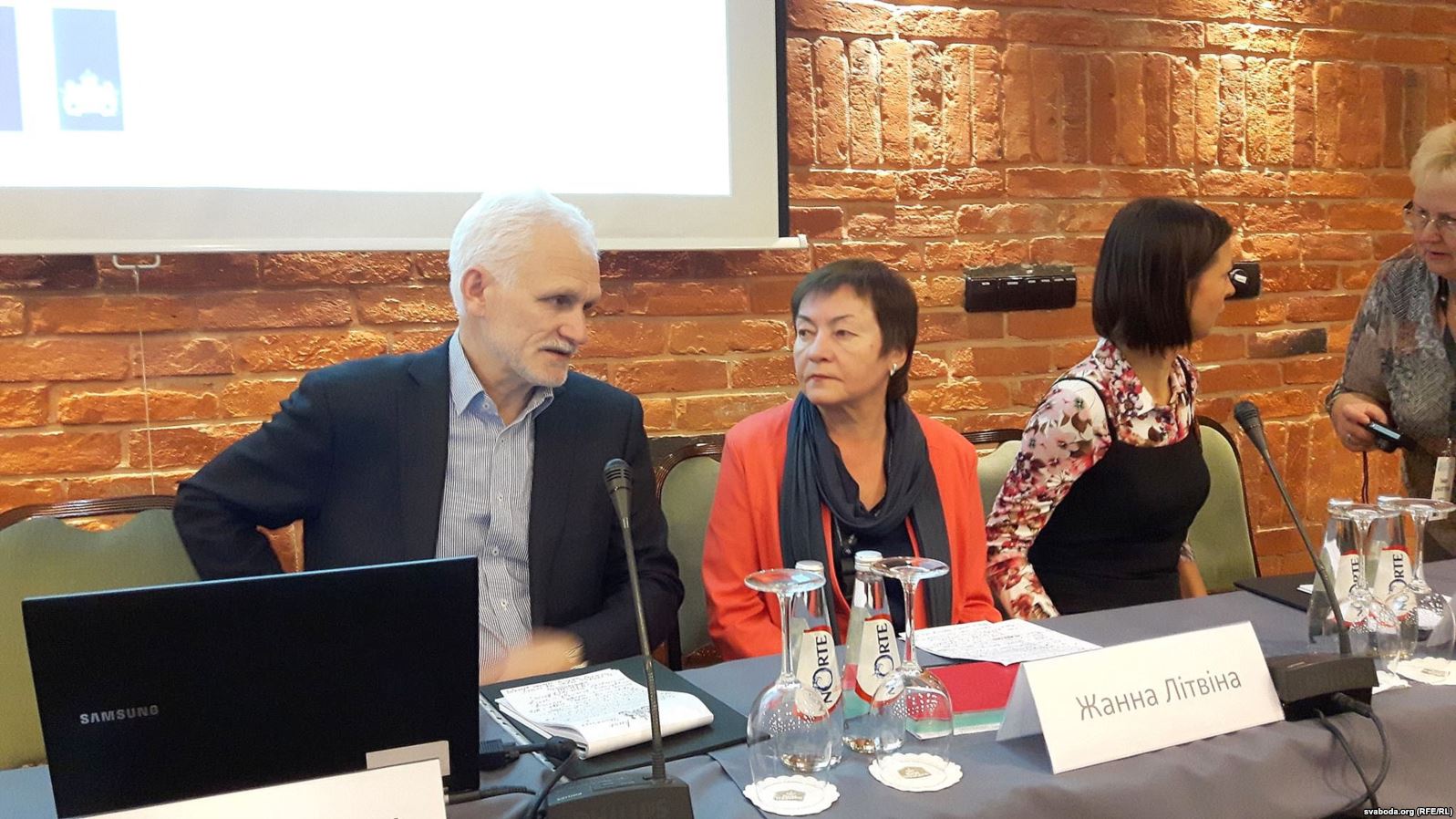 The BAJ Board member Zhanna Litvina expressed her opinion during the forum that the Belarusian authorities wouldn’t give up their control over the whole society.

“Therefore, we won’t have less problems, despite facing a number of signs of flexibility on the part of governmental authorities. The facts of flexibility include their participation in the procedure of Universal Periodic Review, the Interdepartmental Plan [on Human Rights – editor’s note], and the mere fact that Iosif Siaredzich, ‘Narodnaya Volya’ Editor-in-chief had a meeting with the head of state that resulted in the return of 9 independent periodicals to the state-owned distribution system after 11 years of exclusion. These are positive events. However, they cannot be regarded as signs of approximation to democratic transformations. These are nothing but basic concessions,” Zhanna Litvina said.

The Time for Severe Challenges and Triumph

At the same time, Zhanna Litvina drew attention to the ‘incredible persecution of journalists during the spring events’:

“There’s accepted the practice of preventing professional journalists from preparing information releases and disseminating them in the public sphere. There were registered 123 cases of violation of journalist rights in March 2017. More than 100 journalists were detained during 9 months since the year start. 10 of them were sentenced to up to 10 days of administrative arrest. It would have been completely unbearable, if we didn’t have human rights organizations with us. The spring time was full of severe challenges and triumph for journalism, since the journalistic community felt that thousands of visits to Web-sites and the audience growth brought them satisfaction from being in the trade. People were making life shields with their bodies for journalists, defended them from detention during the actions,” added Zhanna Litvina. 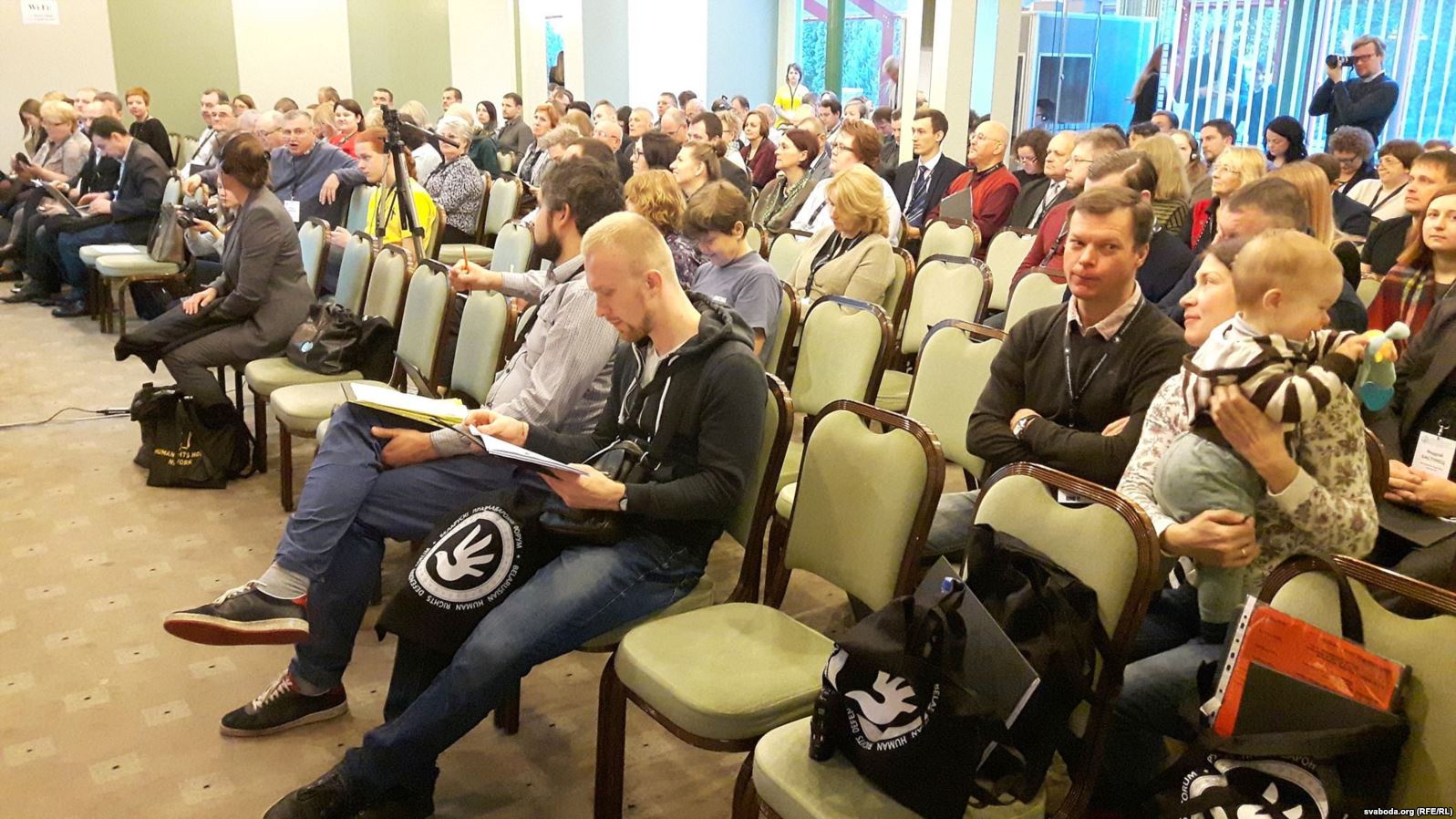 The Legal Norm on Accreditation Should Be Changed

Zhanna Litvina drew the forum participants’ attention to the prosecution of journalists for their cooperation with foreign media. 45 reporters have been fined for their work without accreditation since the year start.

“The situation can be improved through changes in the legislation only. As for now, a freelancer, a journalist without accreditation is outlawed. The authorities do not treat them as human beings. This is an easy target for law enforcement agencies. We can hardly cope with the situation alone. Therefore, I call upon human rights defenders to support our voice to introduce amendments to the Mass Media law,” Zhanna Litvina noted.

The problem with access to information is similarly acute according to the BAJ Board member. “We need a common campaign in the society for the constitutional right of people to know what is happening in the country, so that they could implement their right to know the truth,” Zhanna Litvina concluded.

According to Zhanna Litvina, independent journalists were also shocked with the statement of the recently appointed Minister of Information of Belarus Aliaksandr Karliukevich about the planned changes in the Mass Media Law on the introduction of stricter regulation of information flows on the Web and the intended application of these restrictive norms in the field of social media.