For one year already, Sabrina Bobowski has been the head of the School of Journalism at the IBB center organizing dozens of events, meetings and educational trips for journalists. Press service of BAJ talked to Sabrina about how she works to develop journalism in Belarus and to change people’s mentality. 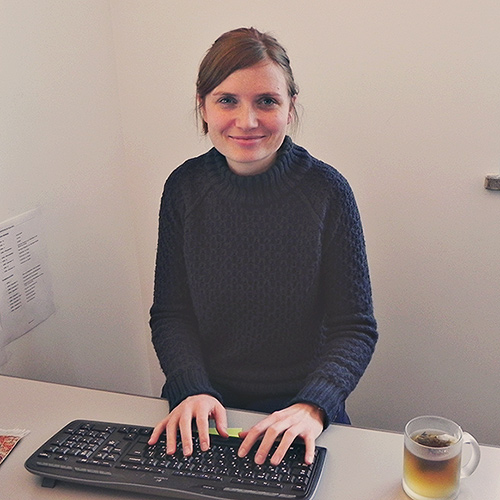 I spent my childhood in the former industrial heart of Germany – the Ruhr region. In the first half of the 20th century, it was in fact the center of the European coal mining industry.

However, nowadays the remnants of heavy industry have been abandoned, and many industrial buildings and even whole quarters have stayed deserted. I grew up there, went to school, and then decided to study culture sciences, but in some other place – in Frankfurt (Oder), a town with the population of 60 thousand bordering with Poland. Our Viadrina European University focuses on Eastern European studies. There I started learning Russian, although my parents took it negatively, and generally disliked all of post-Soviet. Perhaps, my interest arose from the situation when the European Humanities University was closed, and our university received a lot of students form Minsk. That’s how I opened contacts with Belarus, I started to take part in exchange programs, those supporting the civil community. I saw that there was something of interest for me in it. I had worked in different projects dealing with the support of the media and civil society in Eastern Europe. And at the end of 2014, I decided to apply for work at the IBB in Minsk, and I got hired. 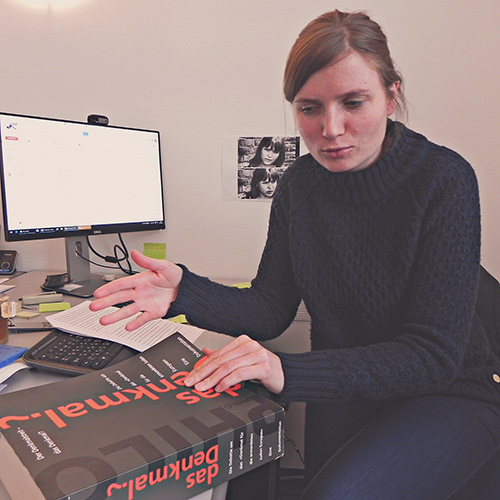 What issues do you see in the Belarusian media sphere?

I don’t think I will tell much new. The first difference of Belarusian media from German can be illustrated by this material item: the collection contains articles from German mass media about the idea of creating in Berlin a memorial commemorating murdered Jews in Europe. The topic was widely discussed in German media, from various aspects. The collection illustrates vividly how much the media participated in the discussion and helped the society shape the opinion regarding this or that issue.

The book shows that in Germany mass media are a platform for discussion of burning issues. In Belarus you can seldom come across such discussions. Either they don’t start, or only one side speaks out.

Also, mass media in Germany has the stable role of controlling politicians and the government. Certainly, there is a problem when politicians use media, but in Belarus this problem is very vivid. And it concerns not only state-run mass media – there is much to do with politics in independent media, too.

As I observe it, Belarusian journalists often refer themselves to competing camps. So to say, you are in the state-run camp, I am from the oppositional one, and there is a wall between us. It seems to me, some openness lacks here, some dialogue. Of course, administration influences people, but everybody has one’s own brains.

From the outset of the School of Journalism, the IBB stages meetings within Journalists’ Club which is a unique platform for dialogue between journalists of state-run and independent mass media. Here hot issues are discussed, all journalists can participate in the Club regardless of belonging to any of the “camps”.

So, in Belarus I often come across with stamps, with ideologized information. I won’t tell about nowadays, I’m talking about the past. Last year we worked a lot over the topic of memory, we held a lot of events, met many people and did interviews. And I noticed that many people talk not with their own words, they talk with stamps, clichés. I have an impression that they read learnt phrases from some books. In such atmosphere, it’s clear, it is difficult to organize at least somewhat civil discussion, but sometimes it is badly needed.

One more indicator for me is, for instance, the number of complaints with which the public responds to this or that publication. In most European countries, there are civil councils who consider disputes in media sphere. In Germany, let’s say, such council handles thousands of complaints. When a person is in doubt about this or that publication, he easily applies to the council to consider the issue from the point of view of journalism ethics. In Belarus, there is no such all-national council.

But the most important thing for me is that here, public discussion in the media is scarce. 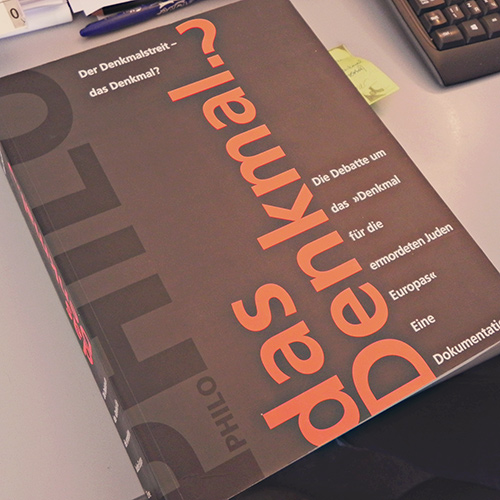 In your view, is it possible to solve these problems? As in East Germany, before the unification, there had also been problems as such.

I think one should focus on the things that you can really influence. Whatever I’d want, I don’t have influence on some global processes. But I can communicate with people, offer them some changes, prospects.

I know many people in Belarus who strive for changes and want to influence something in their surroundings. There are leaders of opinion in the media. There are also in the sphere of NGOs. And what the School of Journalism can offer is to be platform for discussion of various topics from different aspects. Never mind, what media talk and to what camp they think they belong.

We can also offer a possibility for journalists to study and to rise level. In all I think the best thing that can happen to you in life is that you can learn something new. The IBB School of Journalism gives this possibility. Last year, we had an educational course on the culture of memory. This spring we have also planned an educational course. Most likely, there will also be a course connected with social issues and alternative culture.

In autumn, we are going to hold an educational trip for journalists to Germany. The main topic is how the society copes with global problems and what the place of the media is in this process. The trip aims to explore more about social issues – from migrants’ problems to the questions of developing and expanding cities. This is how we are planning to work for the process of changes in the Belarusian media sphere. 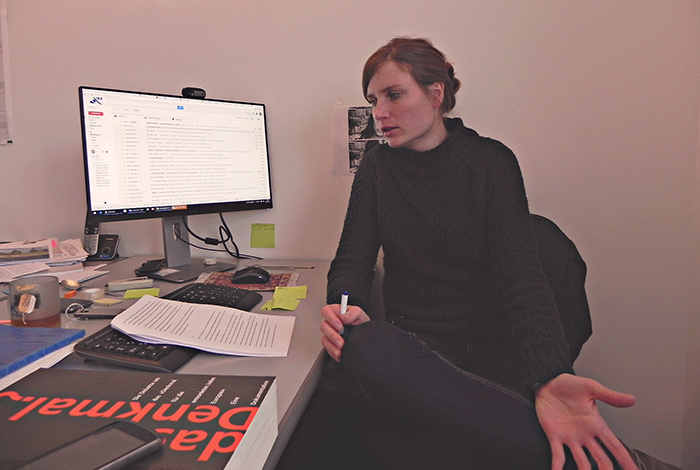