On March 4 Zavadski court of Minsk imposed a fine of 7, 650 BYN and BelTA's court costs of 6, 000 BYN on Maryna Zolatava, the chief editor of the most popular Belarusian Internet portal Tut.by, for "dereliction of duty" (Art. 425 of the Criminal Code). The verdict has not become final yet.

Maryna Zolatava is the only person who was tried in the so-called "BelTA case". Other journalists (at least 14 people), who had been accused of unauthorized access to information of the state news agency (Art. 349 Part 2 of the Criminal Code), were exempt from criminal liability and had to pay heavy administrative fines and the damages to BelTA and SB.Belarus today. The procedure used to determine the amount of compensation can not be considered fair and reasonable.

From the early stages of the "BelTA case", the Belarusian Association of Journalists and other human rights organizations linked it with the pressure on freedom of speech. Searches in apartments of journalists and media offices, short-term detentions of journalists and editors (mostly - women), and seizure of professional equipment in the course of the preliminary investigation of the criminal case were clearly excessive and aimed to intimidate the journalistic community.

During the trial Zolatava learned that her and some of her colleagues' phones had been tapped long before the start of the criminal case. Several journalists told the court they had been pressured by the Investigation Committee to give testimony against Maryna Zolatava.

The very charges of "dereliction of duty" look like an attempt to get her convicted by any means. Unreasonably scrutinous personal search of visitors during the trial is another evidence of the political nature of the case.

We are confident that draconian measures against the journalists who were involved in the "BelTA case" will not affect the editorial policies of independent media.

The Assembly of Non-Governmental Organizations 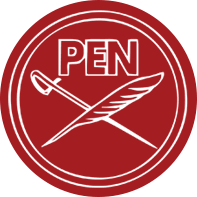