There were registered more conflicts between the Belarusian official authorities and journalists in 2017 than during the preceding three years taken together. The statistics were presented by the BAJ representatives during a press-conference in Minsk on January 16, 2018. 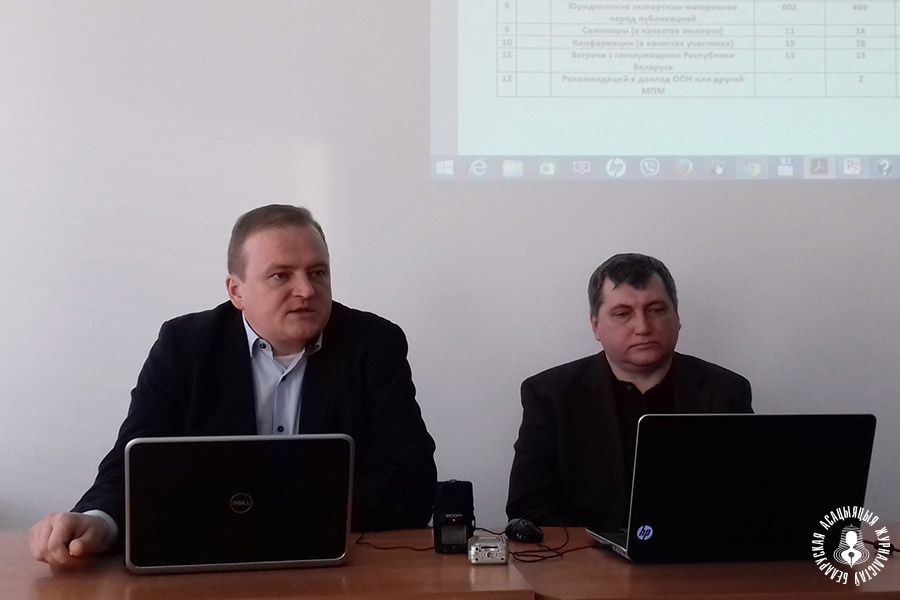 According to A. Bastunets, there were registered 197 cases of conflicts between the official authorities and journalists in Belarus in 2017. The number exceeded thrice the number of such conflicts during three preceding years taken together. Thus, it can be stated that the year of 2017 was one of the most crisis years in the field of freedom of speech in Belarus.

— Moreover, it shouldn’t be forgotten that a criminal case, which is closely linked to the right to freedom of expression, was filed in 2016, investigated during almost the whole year of 2017, and presently considered in court, – A. Bastunets said. – The cases were initiated against the authors, who collaborated with a number of Russian publications, including the Regnum Web-site. We are closely monitoring the case, – added the Chairperson of Belarusian Association of Journalists.

— Also, we are highly concerned about the fact that the authorities are developing further changes to the Belarus Mass Media law. And we do not even know what changes are in question. We sent an official letter of inquiry by registered mail to the recently appointed Minister of Information of Belarus on October 10, 2017. However, we haven’t received any reply to the letter so far, – told A. Bastunets.

A BAJ Board member and the Head of BAJ Legal Assistance Service Aleh Aheyeu noted that the BAJ lawyers were actively engaged in providing assistance to colleagues in defense of their professional rights in 2017. Due to the common efforts, it became possible to stop prosecution of journalists in 13 cases last year. Also, the lawyers consulted the BAJ members to prevent possible cases of persecution for their work.

According to A. Aheyeu, the BAJ lawyers helped their colleagues to prepare a series of complaints to the UN Committee on Human Rights, which are going to be considered by the Committee members in the near future. Also, there were prepared and submitted appeals to the UN Special Rapporteur on the right to freedom of opinion and expression and the OSCE Representative on Freedom of the Media. Thus, we tried to use all legal and international tools available to defend our colleagues. 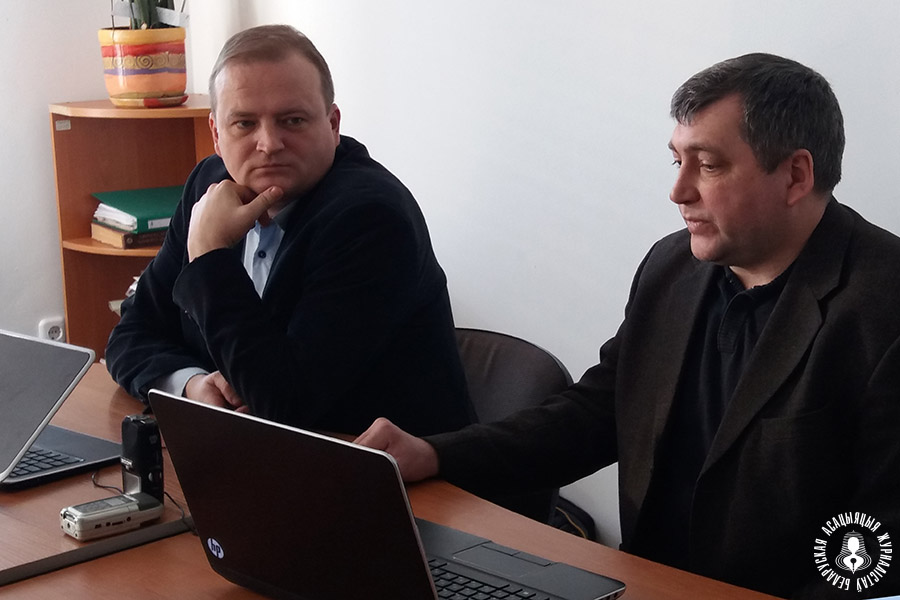 — As before, the main concern of BAJ is caused by endless fines, imposed on journalists under article 22.9 of Belarus Administrative Code. At the present moment of time the Belarusian authorities conduct all-out persecution of freelance journalists, who cooperate with foreign media. Trials take place practically every week. And we cannot keep silent in this situation, - said the BAJ Chairperson.

- In addition to all other letters and appeals, the Belarusian Association of Journalists has prepared an appeal to the Constitutional Court of Belarus with a request to oblige the lawmakers to address the gaps in the legislation that allow fining journalists for the things they cannot be prosecuted for. Actually, the prosecution of journalists is not envisaged in article 22.9 of Belarus Code ‘On Administrative Offenses’. We are going to submit the appeal together with the Belarusian Helsinki Committee in the coming days, - added Andrei Bastunets.