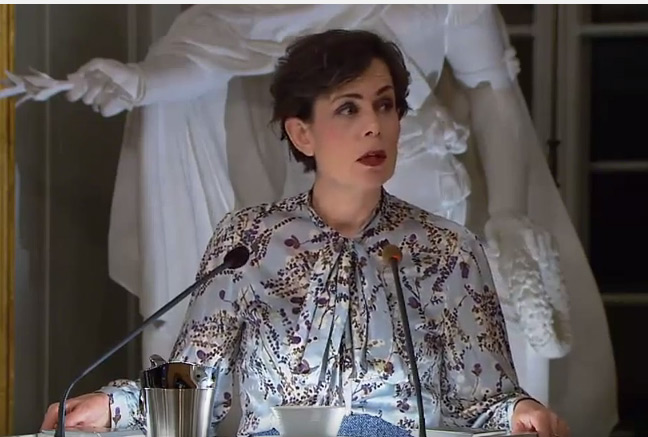 BEING THE NOBEL LAUREATE

“I do not stand alone at this podium… There are voices around me, hundreds of voices.”

“Flaubert called himself a human pen; I would say that I am a human ear. When I walk down the street and catch words, phrases, and exclamations, I always think – how many novels disappear without a trace!”

“We were told that human beings exist in order to give everything they have, to burn out, to sacrifice themselves. We were taught to love people with weapons.”

“My teacher, Ales Adamovich, whose name I mention today with gratitude, felt that writing prose about the nightmares of the 20th century was sacrilege. Nothing may be invented. You must give the truth as it is.”

“Witnessеs are not impartial. In telling a story, humans create, they wrestle time like a sculptor does marble. They are actors and creators.”

ANOTHER BOOK ABOUT WAR?

“I began with doubts. Another book about World War II… What for? On one trip, I met a woman who had been a medic during the war. She told me a story: as they crossed Lake Ladoga during the winter, the enemy noticed some movement and began to shoot at them. Horses and people fell under the ice. It all happened at night. She grabbed someone she thought was injured and began to drag him toward the shore. “I pulled him, he was wet and naked, I thought his clothes had been torn off,” she told me. Once on shore, she discovered that she had been dragging an enormous wounded sturgeon. And she let loose a terrible string of obscenities: people are suffering, but animals, birds, fish – what did they do?...”

“I wasn’t looking for heroes. I was writing history through the stories of its unnoticed witnesses and participants. They had never been asked anything.”

“I’m absolutely convinced that there will never again be young women like the war-time girls of 1941.”

“Suffering is our capital, our natural resource. Not oil or gas – but suffering. It is the only thing we are able to produce consistently. I’m always looking for the answer: why doesn’t our suffering convert into freedom? Is it truly all in vain? Chadayev was right: Russia is a country without memory, it’s a space of total amnesia, a virgin consciousness for criticism and reflection.”

“Before Afghanistan, I believed in socialism with a human face. I came back from Afghanistan free of all illusions.”

“I’d like to write a book about a person who doesn’t shoot, who can’t fire on another human being, who suffers at the very idea of war. Where is he? I haven’t met him.”

THE WHOLE TEXT OF THE LECTURE by Sviatlana Alexievich