Monitoring: The Coverage of the 2015 Presidential Election in the Belarusian Media (1–20 September, 2015) 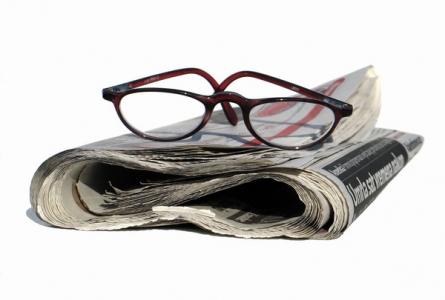 The monitoring summarises the findings of the second stage of the monitoring, i.e. between 1 September and 20 September, 2015. According to the schedule of the Central Election Commission (CEC) of Belarus, it was during this time span that the CEC finished checking the voters’ signatures endorsing potential presidential hopefuls; the candidates were formally registered and launched their campaigns.

As we have already pointed out, this time the monitored state-owned online media gave more prominence to the upcoming election than they had in the previous 2010 presidential campaign.

As the campaigning began, some positive changes could be traced in the representation of the incumbents’ opponents and the coverage of their activities. For example, the state-owned media came up with some neutral reports of the candidates’ televised addresses to the voters and their campaigning. The state-owned media also presented an overview of the presidential hopefuls’ agendas. At the same time, they stuck to the old model of election coverage, which is characterised by focussing on the incumbent and giving him positive assessment. They also featured the CEC and regional election commissions, local authorities and their work, as well as some technical aspects of getting the polling stations ready for the voting day, compiling the lists of voters, etc.

Like in the previous monitored time span, the key actors of the campaign were the incumbent and the CEC. The other candidates stood no chance of competing with them in terms of the air time and space they received.

During the monitored period, the presidential hopefuls were given free access to state-owned media that the CEC had chosen, in order to address the voters directly and present their agendas. However, these media apparently had no intention of bringing the candidates’ speeches into the spotlight, as the addresses had not been advertised in advance, and TV guides did not give the names of the presidential contestants who were to go on air.

As for the independent media, they centred on the candidates and their agendas, the political opposition, the CEC and other actors. They were critical of all the presidential runners, albeit mush less so of Ms Karatkievič.

Another specific feature of the 2015 election coverage during the monitored time span was the fact that the state-owned media began to take slightly more notice of the incumbent’s opponents. Moreover, in the earlier campaigns the other contestants had been presented in a negative light and most commonly in a depersonalised form, whereas this time they were presented in a neutral or even positive light. For instance, Panarama on Belarus 1 TV station and Nashi Novosti on ONT TV station gave all the opponents of the incumbent neutral or positive coverage.

This does not mean, however, that the incumbent’s contestants tangibly increased their media presence in the state-owned media. For example, if we take the same stage of the 2010 presidential campaign, Mr Sańnikaŭ, who had the biggest share of coverage in Panarama of all the incumbent’s opponents, received 2.6% of the total air time given to all the election actors. This time, the corresponding figures were 4% for Mr Hajdukievič, 3.6% for Mr Ulachovič, and 3.4% for Ms Karatkievič. The percentage of the candidate’s media presence in the other state-owned media did not diverge much from the cited above. However, it was slightly higher on BelTA website, where Mr Ulachovič received 6.6%, Mr Hajdukievič was granted about 6% and Ms Karatkievič had 3.8% of the total election coverage.

As for the Mr Lukašenka, who is seeking re-election, and the CEC, their presence in the state-owned electronic and printed media was by far more prominent. Thus, they received 69% and 10% of air time in Glavny Efir weekly programme on Belarus 1, 61% and about 11% of airtime in Panarama, 39% and 5% of airtime in Nashi Novosti on ONT, 30% and 14% of air time in Radyjofakt, and 50% and 8% of space in the Belarus Segodnia, respectively, of the total coverage of the monitored election actors.

These media gave positive or neutral coverage to the President and his work. It was The 21st Century series in Glavny Efir that presented the incumbent in the most positive light.

Like in the previous monitored period, the state-owned electronic media featured the election observers rather prominently, as compared to the other presidential hopefuls opposing the incumbent. Both the CIS observers and their ODIHR/OSCE counterparts were presented in not only neutral but also positive light.

At the same time, some reporters from state-owned media were convinced that the western observers who had taken part in the earlier election observation missions in Belarus were biased in their assessment. For example, while interviewing Head of the CEC Lidzija Jarmošyna, the presenter of Glavny Efir asked her about the ODIHR/OSCE and PACE observers, ‘Do you have an impression that their reports have already been written a long time before the election, as was the case earlier?’ (Glavny Efir, Belarus 1 TV station, 13/09/2015).

Panarama enthusiastically welcomed the Alliance Monitoring Group, ‘Heinrich Krone, the Head of the Alliance Monitoring Group, spoke today to reporters. He described the election legislation and regulations for the presidential campaign in two words: transparent and fair. The experts […] had arrived in Belarus a day before and said at once that they were here as friends.’ Another quote: ‘The observers admitted being surprised that all candidates are entitled to free air time and can buy extra time from their campaign funds. The reason is that in most European countries access to electronic media is limited to free air time only, while in the USA all campaigning is done on monetary basis.’ (Panarama, Belarus 1, 17/09/2015).

The state-owned media continued to present a number of pro-governmental organisations in a positive light. A reporter of the 1st Channel of the National Radio revealed the reason for this selectiveness in the media attention, ‘Belarusian NGOs have begun to take an active part in the presidential campaign. The Federation of Trade Unions, the Belarusian National Youth Union and the Women’s Union have openly endorsed Aliaksandr Lukašenka as their candidate. Belaja Ruś NGO joined in by opening the presidential candidate’s offices in the capital city and in Belarus’ regions.’ (Radyjofakt, 14/09/2015). Just like the two instances quoted above, this one can be regarded as a media effect.[1]

In accordance with the established procedure, the candidates who obtained registration were granted an opportunity to address the voters twice on Belarus 1 TV station and the 1st Channel of the National Radio, as well as publish their programmes in the state-owned papers designated by the CEC. The presidential hopefuls’ addresses were admittedly televised during prime time, starting at 7.30 p.m., which is evidence of improvement in terms of their chances to draw bigger audiences. (During the 2010 presidential campaign, the candidates’ addresses were televised from 7.00 p.m. to 8.00 p.m.) As for the radio addresses, it is highly unlikely that a lot of voters will be able to hear them between 6.10 a.m. and 7.10 a.m. (During the 2010 campaign the candidates’ radio addresses were scheduled for the same time.)

TV guides present the presidential runners’ addresses as Speeches of Candidates for Presidency of the Republic of Belarus, without giving their names. Furthermore, TV guides always highlight the most popular shows, such as soap operas and films, in bold type, while the candidates’ addresses were not highlighted.

www.naviny.by gave Ms Karatkievič the biggest coverage, i.e. 10% of its space allocated to all the election actors. The other candidates’ shares were as follows: Mr Lukašenka – 7%, Mr Hajdukievič – 5% and Mr Ulasievič – 2%. The presidential contestants and their actions received a whole range of assessments, from positive to neutral and negative.

The Narodnaja Vola focussed its attention on the opposition, giving it 25% of its election coverage and presenting it mainly in neutral light, but also positively and negatively. Of all the candidates, the paper featured most prominently Mr Lukašenka, who received 8% of the election-related space, while Ms Karatkievič was given twice less.

The Naša Niva weekly brought into the spotlight Mr Lukašenka (34%) and Ms Karatkievič (19%).

The independent media may have allocated much more space to certain candidates, but we cannot argue that in doing so they supported anyone of them.

We have spotted some positive traits in the election coverage of the presidential campaign, such as an increased share of election-related subjects and positive or neutral representation of the incumbent’s opponents. However, they do not testify to any significant change in the mode of election coverage by the state-owned media. It still aims to promote only one runner for presidency, namely the incumbent. In the long run, this mode invariably undermines the political importance of presidential elections and hinders competition between political ideas and agendas, so the election turns into a ‘low-key’ and ‘easy’ event. As opponents of the current regime are marginalised, the voting becomes a meaningless ritual, in which ‘voters perform their honorary public duty,’ to quote an old Soviet cliché.

[1] By media effects we mean instances of one-sided or biased coverage, groundless interpretations, and distorting information – whether deliberately or not, selective or fragmentary vision, as well as suppression of facts or events that change or could change the public opinion and influence the voters’ electoral choice.