Declaration of the Strategy of Independent Media sector in Belarus for 2019-2024 was signed in BAJ office.

More than 30 people put their signatures on the document. Anyone who shares the ideas and values articulated in the Strategy can join. 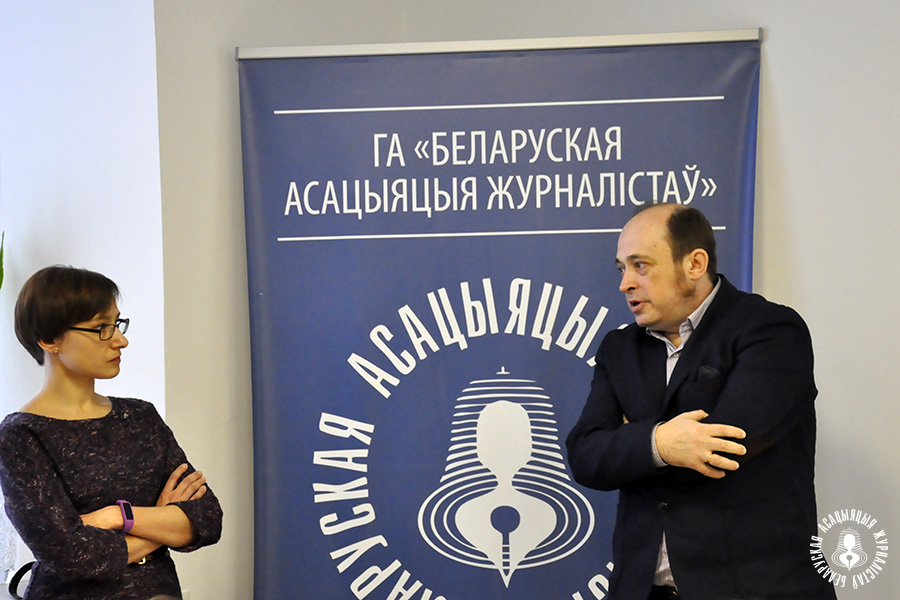 An expert group of media representatives has spent almost 2 years to develop the Strategy of independent media sector in Belarus.

— Many things affecting the media have changed since we started, there have been developments that led to major changes in strategic plans of the media — Iryna Vidanava, media expert and member of the BAJ Board, began the meeting.

— We began the work on the strategy on February 2, 2017. The first meeting was attended by over 20 representatives of the media sector in Belarus. Since then we have met five times to discuss the content and the exact wording of the strategy. BAJ deputy chairperson Alina Suravets mentioned the most active team members who worked on the Strategy: Maria Sadouskaya-Komlach, Uladzimir Dziuba, Siarhei Vahanau, Tatsiana Melnichuk, Andrei Bastunets, Pauliuk Bykouski, Vitaut Rudnik, and Iryna Nihreyeva from Ukraine. 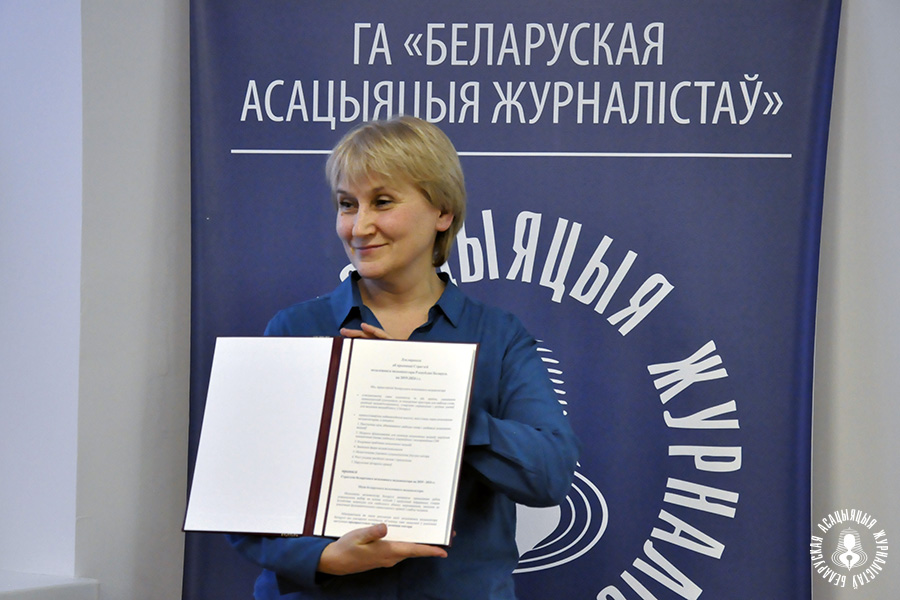 Suravets says, the signing of the Strategy should be followed by creation of a coordination group, thematic working groups, communications with the public, and monitoring the results of the Startegy implementation. Among other ideas, there were proposals to gather annually to sum up the results and discuss further plans.

— The Belarusian Association of Journalists has actively participated in the preparation of the strategy, however, it is not the strategy of BAJ, but of a large number of players on the media market. BAJ is not the sole owner of the document, it is owned by the whole community. This is an important document, as it spells out our values. This is a small, but a very significant step to grow unity in our community, — said Alina Surovets. 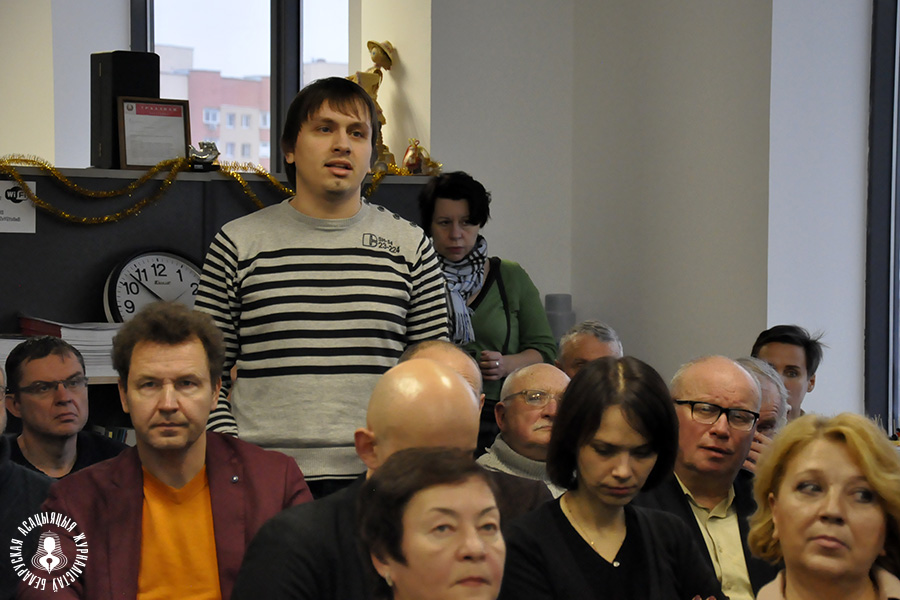 It should be emphasized that the independent media help people to consume information consciously, and to make choices based on complete and accurate information, and create a sustainable environment for the exchange of views and formation of basic civil rights and freedoms.

"The definition of an independent media sector plays the role of a sieve, to some extent. It does let those who do not share our values to join our community — Bykouski explains. 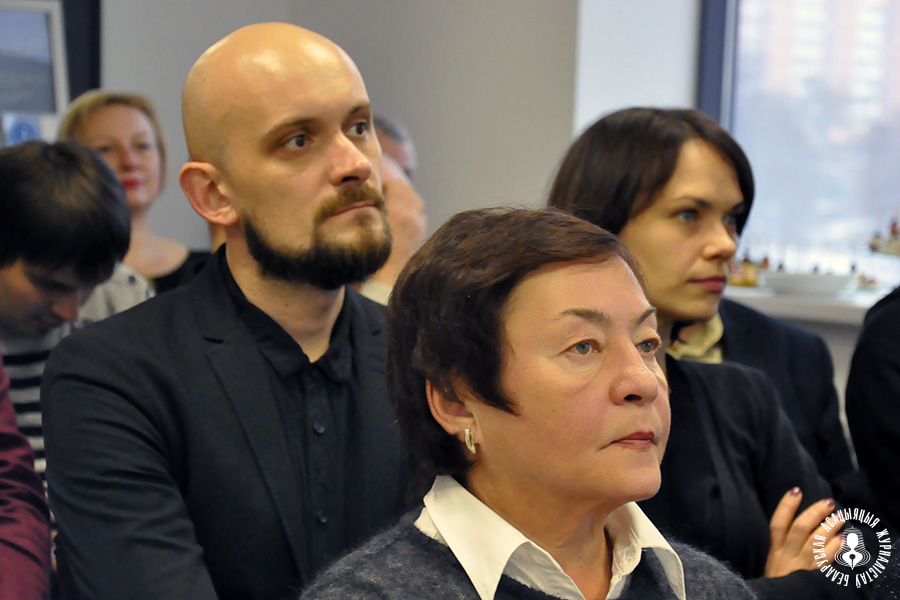 The Startegy is to workwith the following challenges:

- Political pressure, restriction of freedom of speech and activity of independent media.

- Lack of funding, smaller funds available in the market for independent media, while the media market is dominated by the Russian media.

- Lack of cooperation in the sector -- weak co-operation, negative effects of competition for limited resources (financial, human and other).

- Lack of funding, rsmaller funds available in the market for independent media while the media market is dominated by the Russian media, while onine platforms (Google, Youtube, Facebook, Yandex) dominate the global media market.

- copyright infringement by members of the media sector -- the misuse of someone else's content, lack of self-regulation in the field of copyright. 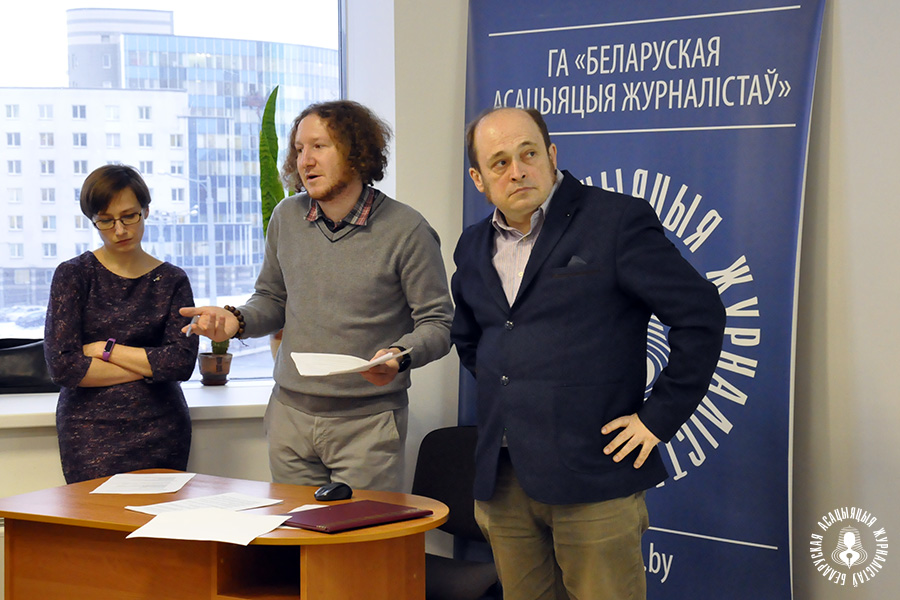 The Strategy defines the following priorities, building on the challenges:

- Overcoming legal and political restrictions on the freedom of speech;

- Strengthening the financial sustainability of the independent media sector in Belarus;

- Adjustment of independent media to changes in media consumption;

- Development of self-regulation in the field of copyright. 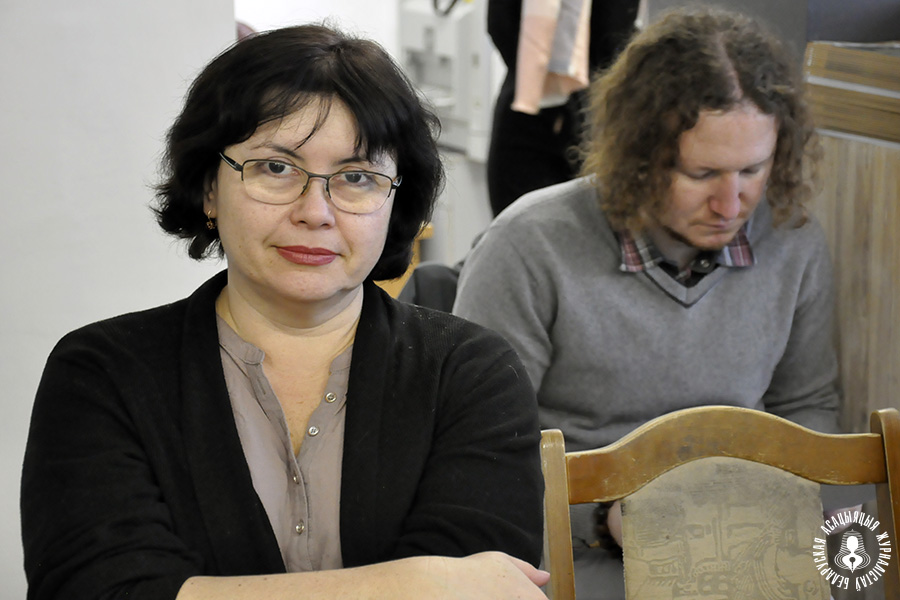 The following objectives have been set:

- to monitor and publish information on the violations of the freedom of expression in Belarus;

- to promote the implementation and protection of the rights and interests of representatives of the independent media sector, and freedom of expression;

- to advocate for legislative changes in the field of freedom of expression and mass communications with a view to liberalization;

- to provide continuous legal education of journalists and editors, and other representatives of the independent media sector;

- to strengthen the capacity of media lawyers;

- to promote the value of the freedom of speech in Belarus;

- to defend the interests of freelance journalists;

- to build competence of media managers in the field of content management, human resources, finance, and strategic planning;

- to secure the financial sustainability of the Belarusian media through innovative approaches to development of a media business;

- to improve cooperation between the key actors of the Belarusian independent media sector;

- to improve the system of journalists training;

- to defend labor and social rights of media workers and to facilitate conflict resolution;

- to research new trends in media consumption and inform industry representatives about their possible impact;

- to strengthen the credibility of the independent Belarusian media in the new environment of media consumption;

- to establish mechanisms for conflict resolution in the field of copyright;

- to provide education and counseling on copyright and to support self-regulation in this area. 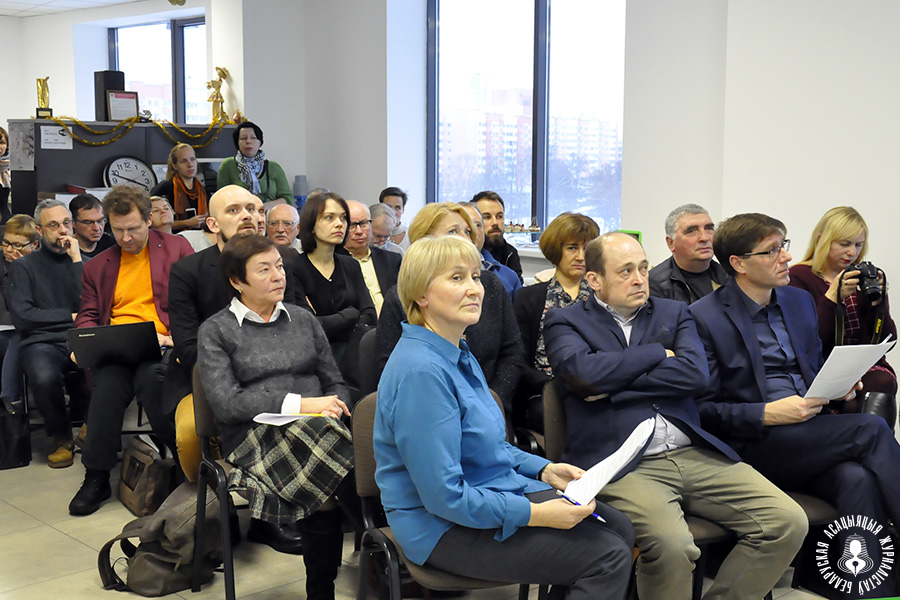 The document is the result of cooperation of various actors, including representatives of both large and small publications, associations and individuals. We have taken a significant step to understand the situation and now have the opportunity to build on this document — believes Pauliuk Bykouski . 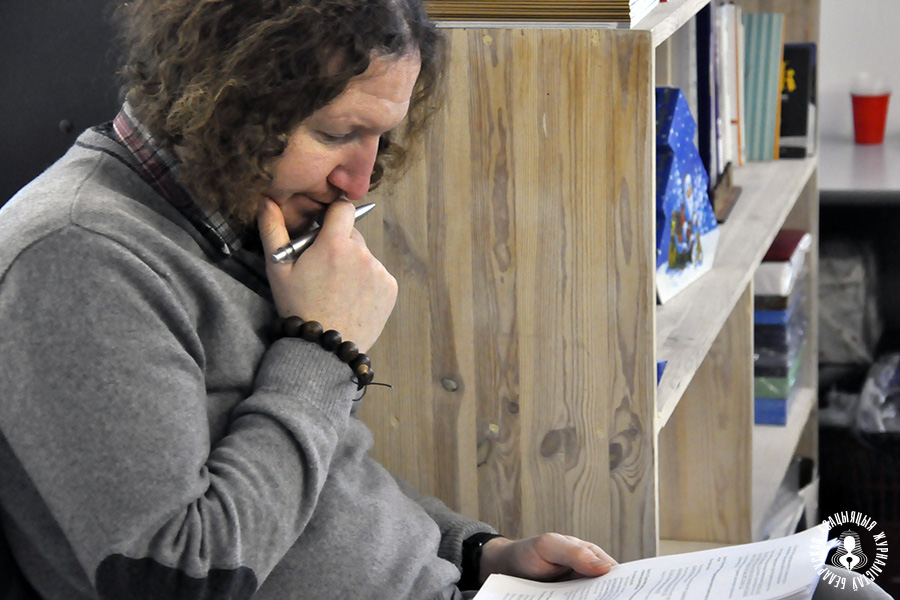 — The strategy was created primarily for domestic use Belarus, but, in the international arena, the document can also become an excellent foundation for understanding the situation in the Belarusian media sector, — Iryna Vidanava says.

— The strategy can change depending on the changes in the environment. I believe it is a great idea to hold a coordination meeting every year and review some aspects of the Strategy, to keep pace with the time, — Andrei Bastunets points out. 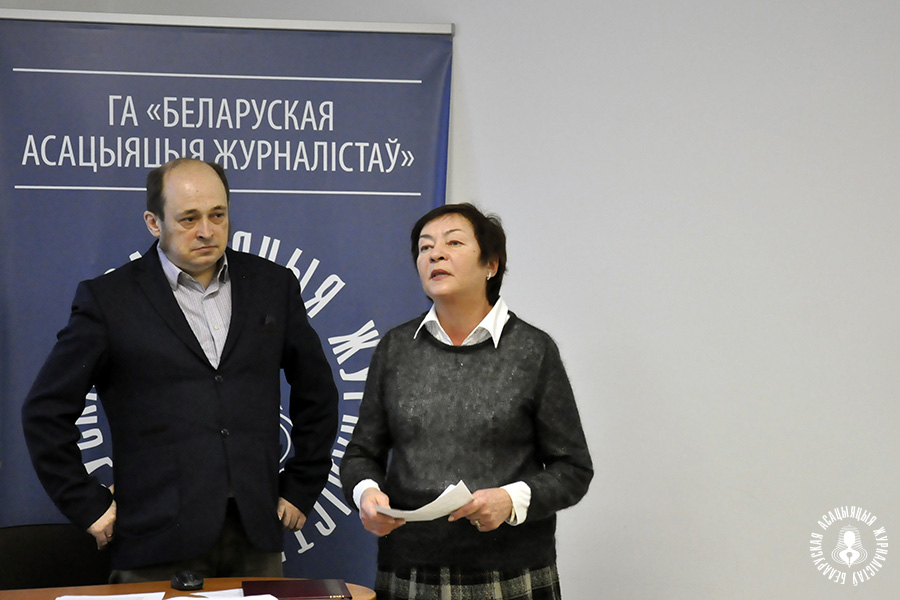 — I want to congratulate everyone on the fact that the community has come to a common strategy and a common vision of the situation. This is a small attempt to move forward in the development of the media sector, — added BAJ ex-chair Zhanna Litvina .

One can read through the Startegy and sign the Declaration at BAJ office. 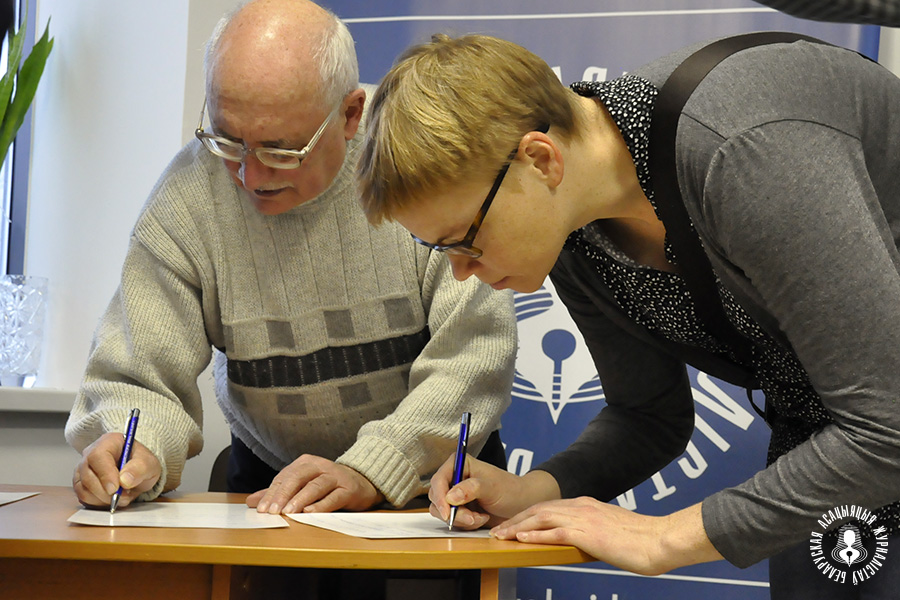 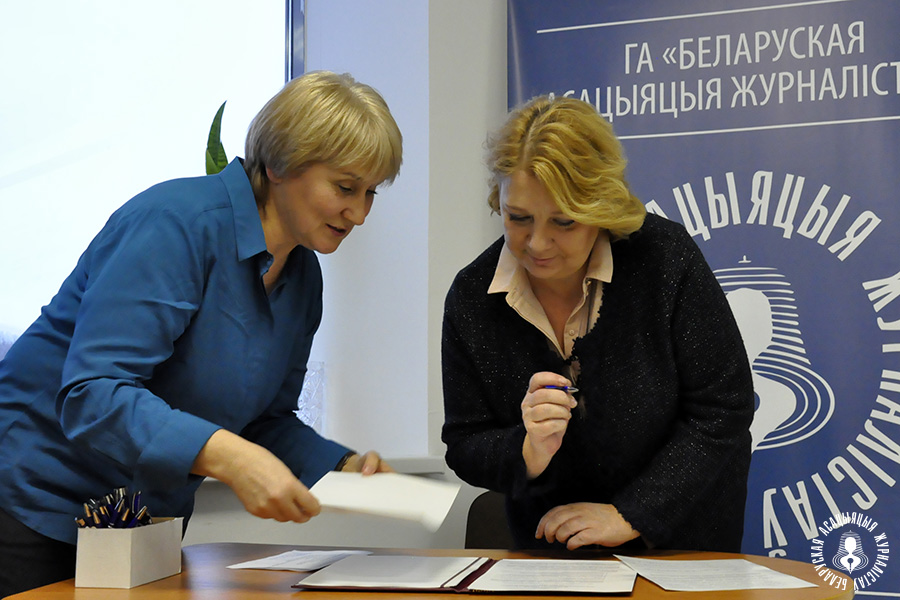 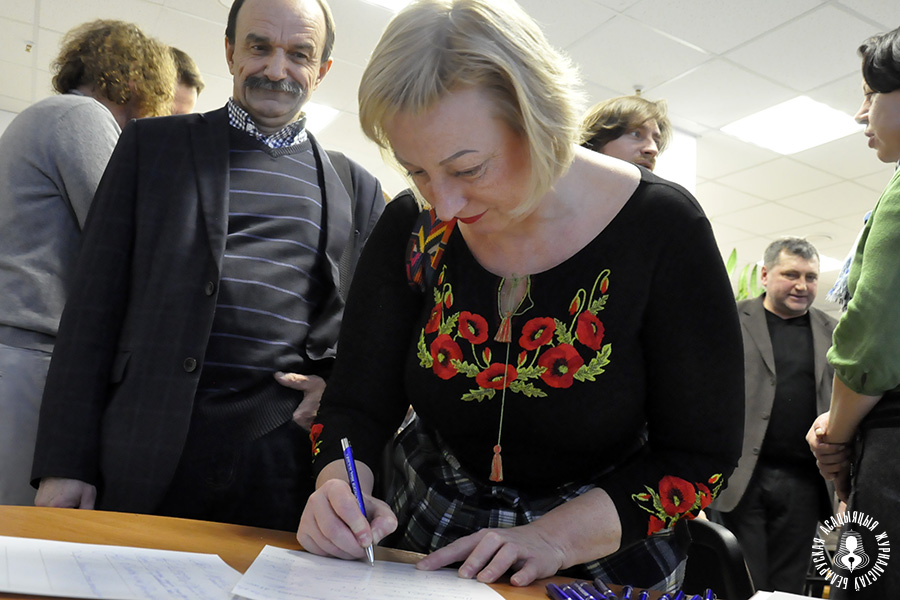 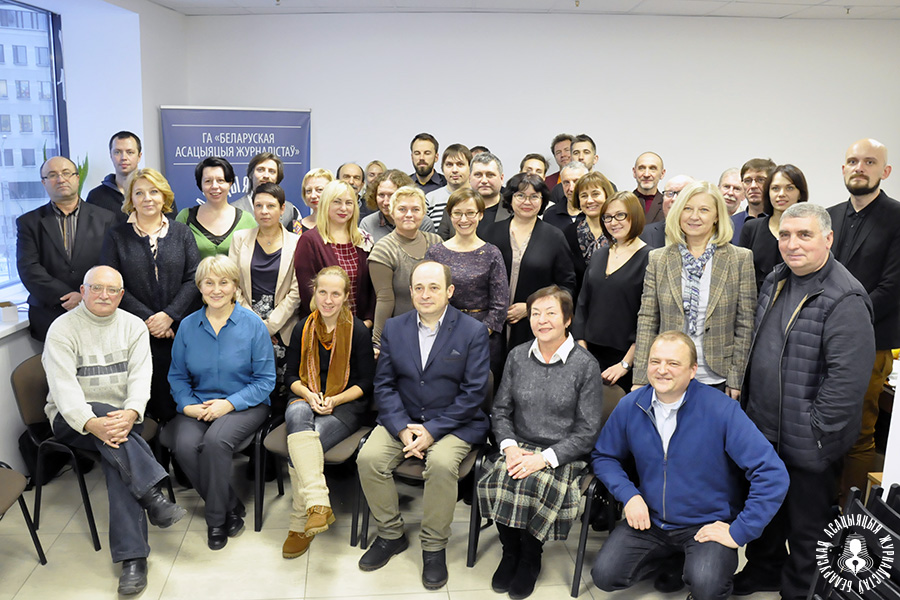 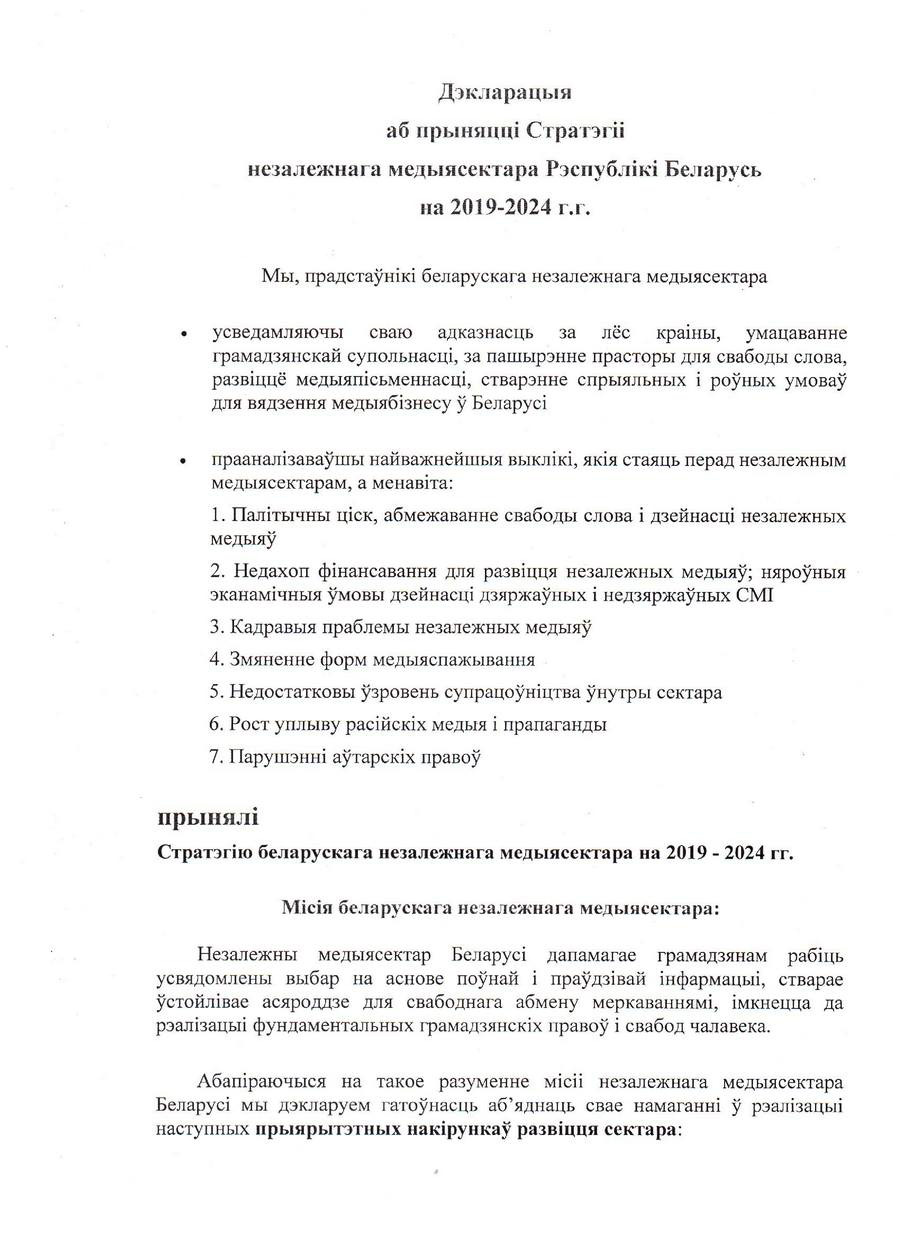 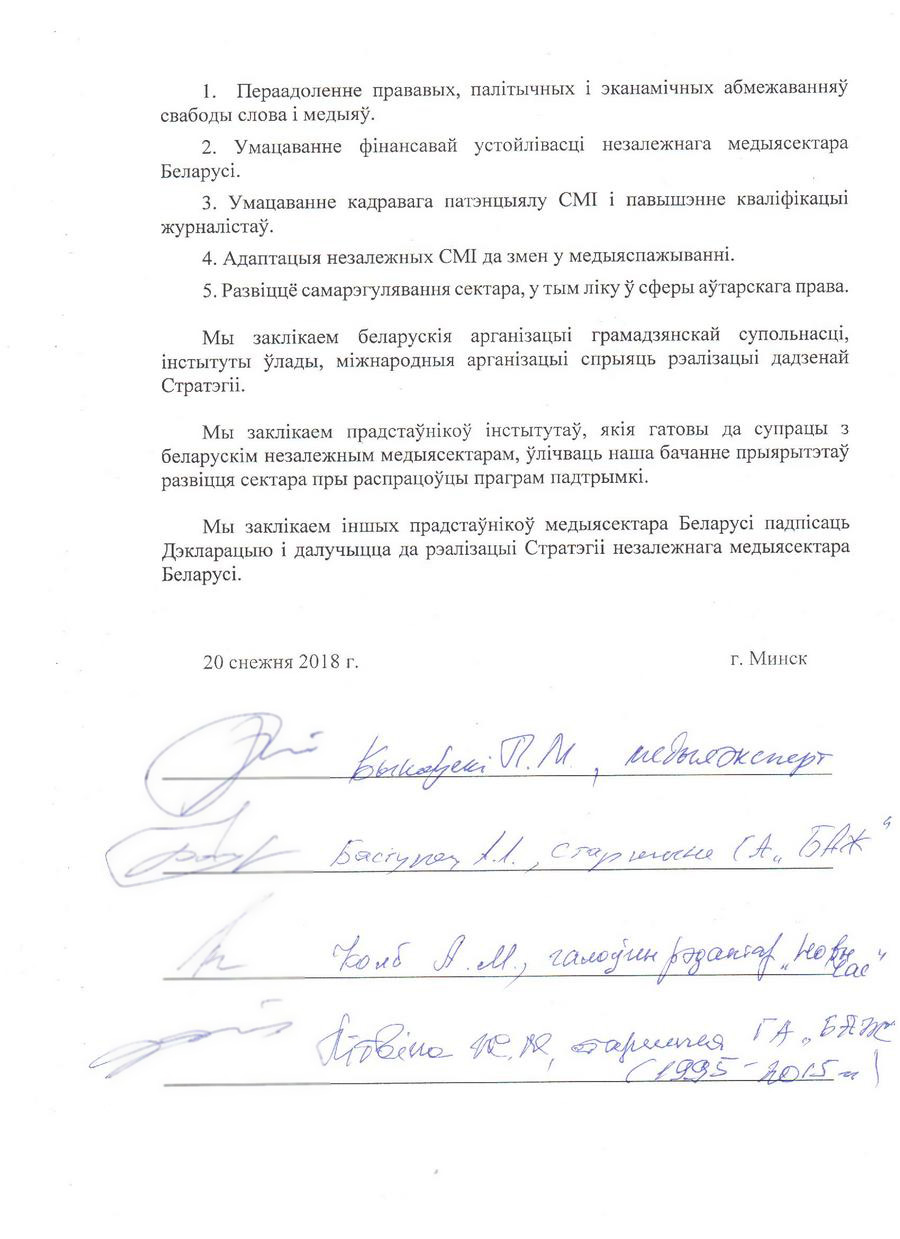