Media Problems in Belarus: Between the Present and the Future

Belarus is usually placed at the bottom of international press freedom rankings, distinguishing itself by the degree of the government’s control over information space. 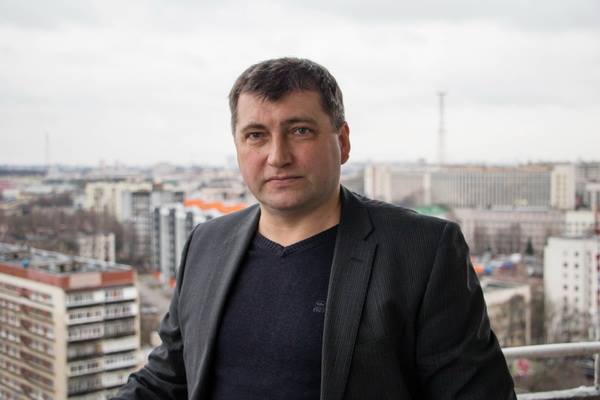 In late 2016, there was an impression that the situation was changing for the better, as only 13 journalists had been subjected to police detention over the year, whereas the BAJ recorded 167 detentions in the peak year of 2011. Since April 2016, there had been almost no instances of journalists being fined for cooperation with a foreign media outlet without accreditation, whereas there had been 48 instances in which journalists were fined for the mere fact that their reports were published by foreign media outlets, irrespective of the content of the report.

However, there were no fundamental changes for the better. Moreover, authorities increased pressure on journalists in March 2017, when massive protests started to be held in Belarus. In the spring of 2017, the BAJ recorded 96 detentions of journalists. Ten of them ended with the sentencing of journalists to jail terms of up to 15 days. Authorities also resumed punishing reporters for cooperation with foreign media outlets. As of the end of May, judges had imposed 22 fines totaling more than €7,500 on journalists.

The government’s punitive machine is still in action. Authorities continue to institute criminal proceedings against journalists. Formerly, journalists were mostly charged with defamation – the Criminal Code of Belarus has six articles penalizing defamation, including slander and insult against the president – but in 2016, they started to actively use the Criminal Code’s Article 130, which penalizes fomenting racial, ethnic, religious and social enmity or discord. In particular, Eduard Palčys, the founder of the website 1863x.com known for criticism of Russia’s actions in Ukraine, was convicted under this article in October. In December, authorities arrested three Belarusian contributors to Russia’s Regnum News Agency. Siarhej Šypcienka, Yury Paŭlaviec and Dzmitry Alimkin allegedly insulted the Belarusian language and attempted to “drive a wedge between the two brotherly nations.” They have been in detention for about six months now.

Other major problems include:

— the excessive powers of the Ministry of Information, which is entitled to initiate the closure of a media outlet and block access to news websites without a court decision;

— restrictions on access to information about government agencies’ activities for journalists;

— the use of laws against extremism for putting pressure on media outlets and journalists.

The BAJ has developed a roadmap for reforming the media sector. For the initial stage, we propose measures that would not require amendments to laws and can be carried period within a short period of time. At the second stage, it is necessary to make serious changes in laws currently in force. At the final stage, we propose fundamentally changing the legal basis with a view to reforming the entire system of government-society-media relations and bringing it into line with international democratic standards.

The measures to be carried out at the initial stage include:

— stopping the practice of punishing journalists under Part Two of Article 22.9 of the Civil Offenses Code for cooperation with foreign media outlets;

— stopping the practice of placing suspects in custody and imprisoning convicts in cases related to freedom of expression, “unless the criticism or insult was intended or likely to incite imminent violence” (the Johannesburg Principles on National Security, Freedom of Expression and Access to Information);

— ensuring equal access to information for all journalists working for online and offline media outlets, irrespective of the form of ownership;

— imposing a moratorium on the use of extrajudicial penalties against media outlets, including the blocking of news websites.

The measures to be carried out at the second stage include:

— changing laws against “extremism” on the basis of recommendations from the Office of the OSCE Representative on Freedom of the Media;

— transferring the registration function from the Ministry of Information to an independent body;

— stripping the Ministry of Information of supervisory functions and the power to use penal sanctions against media outlets;

— lifting the ban on Belarusian journalists’ cooperation with foreign media outlets without accreditation because this runs counter to the constitution and the country’s international commitments;

— changing the procedure of providing public funds for support for media outlets and providing that this should be done irrespective of the form of ownership and only on a competitive basis;

The measures to be carried out at the third stage include:

— prohibiting government agencies from being founders of media outlets, except publications that publish official government reports and ordinances;

— establishing an independent regulatory body for the broadcasting sector;