Reporters were not allowed to shoot or were put in conditions which made it impossible to work.

Here are some facts from the recent election coverage. 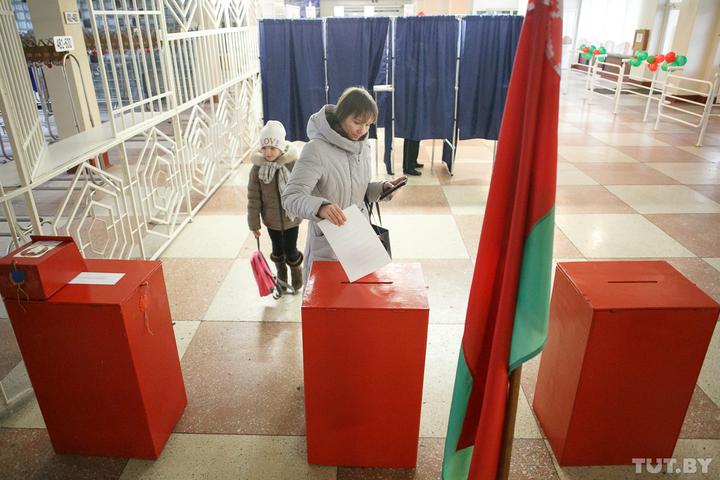 There was a conflict between journalists and candidate Ihar Marzaliuk, as well as the chairman of the Mahiliou precinct election commission 32 Maryna Zubarenka. The state television has even made a story, calling the attempts of the Belsat crew to report on the candidate's meeting with voters as a "rampage".

The meeting with Marzaliuk, candidate at Mahiliou-Leninski district 84 was held on November 12 in Mahiliou school № 12. Belsat journalists attempted to join the meeting. School principal Maryna Zubarenka, who was also the chairman of precinct election commission 32, and candidate Ihar Marzaliuk tried to keep the journalists outside.

Later they let them in, but barred them from filming.

Belsat crew says, the candidate's agent Andrei Lebedzeu and the school principal Maryna Zubarenka threatened to call the police under the pretext that they did not have accreditation.

Meanwhile, no accreditation is needed for filming a public person in a public place.

The journalists filed a complaint about Zubarenka's actions to the district committee, since she did not let them attend the public meeting with a video "thus denying their right to gather and disseminate information."

The leadership of Belsat made a statement about the conflict.

"The attempts of the Belsat crew to report on a candidate's meeting with voters was called a "rampage" on the state TV.

In his interview to Belarus 1 TV, parliamentary candidate Ihar Marzaliuk tried to mislead the audience, while the story made use of manipulations. 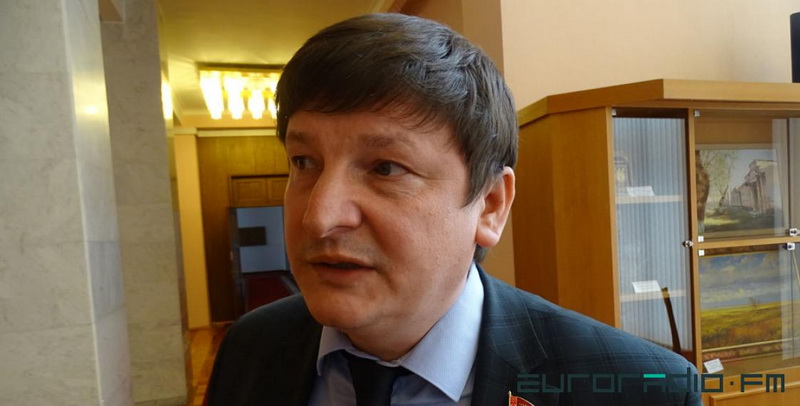 We insist that our journalists acted as professionals and certainly had nothing to do with the leaflets against the chairman of the Election Commission, which had allegedly been distributed in Mahiliou.

Belarus 1 story and other stories created on its basis by other media should be regarded as an attack against Belsat, that might start a new wave of repression against independent journalists, -- the statement says.

Just before the end of voting, Satsiuk approached the chair of the election commission and asked where he could stand to film the ballot count. The chair showed him the place that was about 20 meters away from the tables.

In 10 minutes, when the cameraman has already started filming, she said she had just been told by the district committee that filming was prohibitted.  He replied that he had all the necessary documents for working at the polling station, and she agreed, BelaPAN reports. 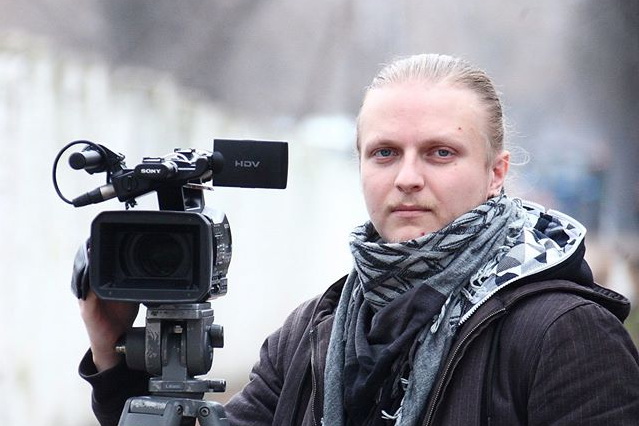 After some time, she approached Satsiuk again and asked him to stop filming, refering to the district commission, again. Satsiuk asked for legitimate reasons, and the chair left again.

Soon, one of the election observers suddenly began to demand that Satsiuk should not film him. The cameraman replied that he had not been filming and was not going to film observers, as he was interested in the vote count.  Finally, the police forced the cameraman to stay away from the table at a distance that made any filming meaningless.

Commenting on the incident, Siarhei Satsiuk stressed that at first neither the chairman nor the members of the election commission did not oppose his presence. Upon his arriving at the polling station, he showed them his journalist's ID and credentials issued by the Central Election Commission, and the commission gave him official permission to film.

Meanwhile, the CEC chair Lidia Yarmoshyna recognized that the barring BelaPAN's cameraman from filming was illegal. However, no one is going to be punished.

"I can say right away: the actions of the chair of the commission are illegal. He had the right and was supposed to film. But what can be done now? We can only shrug and improve our training workshops for the next elections," - said the chair of the CEC at the night news conference on November 18.

Small street action held in Minsk on the elections' eve. The participants headed to the Independence Square to the building of the Central Election Commission.

On the way, strangers attacked the crew of RFE/RL. As a result, their camera was damaged.

In addition, strangers in plain clothes attacked the protesters with fusees.

The Ministry of Information said to would analyze "some escapades"

Even before the election day, on November 15 — deputy information minister Ihar Buzouski promised to give legal assessment of the work of some media.

He said: The work of the media can be assessed from two perspectives. On the one hand - the legal aspect. Some of the escapades that we see today will certainly be assessed from the legal point of view. But of course, there is also another kind of assessment — from the society."

BAJ chairman Andrei Bastunets points out, BAJ registered excessive limits on free speech during the election campaign. This applies to cases when candidates' official speeches were not broadcast for unclear reasons.

"Of course, we consider the cases of barring media employees from doing their job during the electoral process and the vote count a violation of freedom of the media. This election campaign has not been associated with as many obstacles for journalists and the media, as in some other political campaigns, but we express our concern about the threats to independent journalists that have been expressed by state TV channels and by the country's top officials," Andrei Bastunets says.

International observers of OSCE ODIHR and the OSCE Parliamentary Assembly stated that the parliamentary elections in Belarus did not meet important international standards for democratic elections.