A few months ago, EJ.BY chief editor, Siarhei Satsuk faced pressure from the high and the mighty and left a text with Euroradio he asked to publish in case of his arrest. He describes the reasons for his possible arrest and the threats he had received from the "messenger" — a representative of a businessman from the health care industry.

On March 25, 2020, Satsuk was arrested by officers of the Financial Investigation Department of the State Control Committee of Belarus. Allegedly, he is suspected of taking a bribe.

Unfortunately, the time for Siarhei's text has come. Although not as soon as he expected. Euroradio published the text he had left. 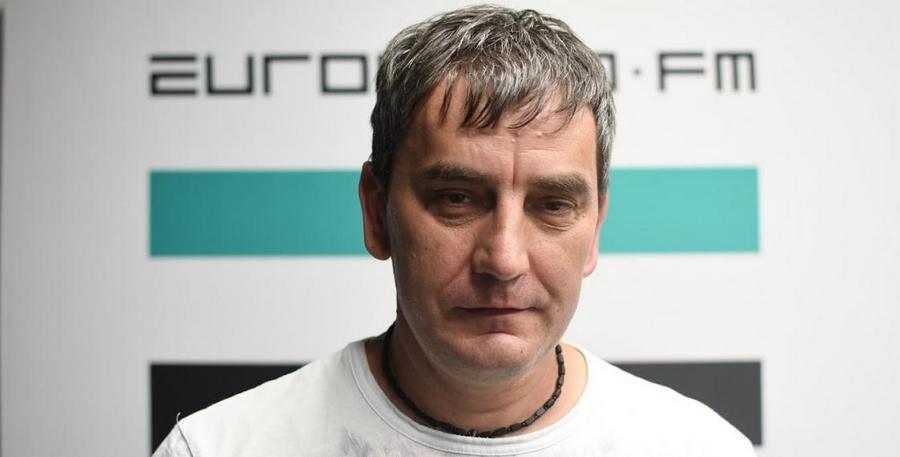 How journalists are framed in Belarus

I have been framed, totally and seriously. I am writing this purely in self-defense, so I will start almost from the beginning.

Following the publication of the article "Corruption of the Ministry of Health Care: how bloodstained money are made in Belarus"  on procurement of medical products at a price 9-13 times higher than the real one, a “messenger” came to me. First, he accused me of publishing a planted article. Then, contradicting himself, he began to press me saying: "Why are you publishing all this?” , “Why do you hinder people's business?” , “You don't get anything from this, but you could do well, without all that dabbling in debt and drowning in loans”, “How long have you been fighting corruption, 20 years? Any success?" And so on.

I answered back, if Belarus were to stop buying medical devices at a price 10 times higher than the real one, it would do for me. The "messenger" said it would never happen: it was a system in place. Therefore, if one, two, or three companies were to leave, they would be replaced by others working in the same way. “Well, they might sell at not 10 times, but 5 times higher price."

"That's a good start, the country's budget would save millions," I replied.

"Will you get anything out of it?", asked the messenger.

"Do you think this will make our health care better?"

"It won't. He will just use the money to build another palace," the messenger said, obviously alluding to the head of state.

This went on for half an hour. Realizing that nothing could persuade me, the visitor went on right to what he had come for. He said some people had been quite clear that they were running out of patience, that human life and freedom are worth nothing in Belarus, and that doing away with a person was easier than buying tickets to the islands.

I need to explain here that in the course of my last investigation in journalism, I tried to get one person to talk to me frankly, and interview her, in order to maintain objectivity. To do this, I sent her a bit provocative message on Linkedin that I could move the date of the publication and give her a week to buy tickets to an island so that she could live there comfortably for the rest of her life. And here, right after this article I am contacted by the “messenger" with the words of people who have lost their patience, that it is easier for them to do away with a person than to buy tickets. Moreover, as I was told, I was the only troublemaker left in Belarus.

Everything is very clear. No room for interpretation. Especially when they back up the warning by saying: "Think about your family, what might happen to them...” I know that my family can't do without me. My wife has a disability, a cardiac defect, a removed thyroid, and an aneurysm. As long ago as in 2011 doctors could not guarantee that she would live to the end of the year. I know perfectly well that if something happens to me, she won't come through. No options here. Therefore, I shelved the second, almost prepared, article that revealed the real owner of intermediary British and Austrian companies that sell us medical products at prices 10 times higher than the real ones and 4.5 times as high as the prices for Russia, the country we constantly cadge money from. Family is more important, I decided, and said “STOP” to myself.

It was quiet for a while, but then the flywheel of the Belarusian system began to spin. I think the reason was my presentation at Belsat on the same topic — corruption in the Ministry of Health Care.

I've been working with law enforcement for 20 years and I know that if your contacts suddenly disappear all at once (they don't return calls or emails), it means that you have become a person of interest for criminal intelligence.

But then SB ["SB-Belarus Today". — Euroradio] published an article about EJ.BY and me, stating right up front that I take money for helping to choke off competitors. They have neither evidence, nor any rebuttal of the facts presented in our investigations. Just baseless accusations that I thrive on business competition. And then: "If suspicions are verified...” This is not a problem in Belarus, of course.

I am well aware that it prepares the information space for my detention. I know who is doing this. The name of the general, who "backs" the systemic corruption in the Ministry of Health Care, is known to everyone in this business. For over ten years, he was the one who stifled all attempts of the law enforcement agencies to figure out this business, first in the Prosecutor General's office, and then in the Investigative Committee. Now he's got a contract on journalists.

Belsat is part of the same story. There is someone who wants the trial over Ihar Lasitski, the former deputy minister of health care, to cap the health care corruption rumble. There are more powerful and untouchable people. No one can mess with them, and therefore any attempts of journalists to dig further should be stopped.