He couldn't help crying not because he hadn't slept for 3 days, hadn't eaten, had been beaten and yelled at, and had spent almost a day in a humiliating and extremely uncomfortable position on his knees and with his head on the floor in the gym of the Pershamaiski district police department of Minsk, and the 2 other days -- in a cold 'walking' cell at Akrestsina, with new beatings and humiliations. He was crying because he saw a rock put at the entrance door, with a barrel of water and a package of medicines and bandages. Thank you, neighbors! "From that moment on, my 3 days of trials and adventures semmed somehow distant and unimportant, because it became clear to me that everything was not in vain and we have already Won! We have become a people! We are Belarusians! We have our own opinion and we have learned to defend it!

It all started on Tuesday, as a good and interesting Hollywood action movie, from the moment when our car was stopped by a traffic policeman. Two police officers ran to the car immediately, their eyes looked insane. Either because of the adrenaline and excitement of the hunt, or they were stoned. People in black uniforms demanded to see our phones. The phone of my friend and colleague Pavel Patapau had photos from street "festivities "(Yes, this is what the state media call the protests), and I had rants and videos from the same places that I did for the Zvezda TV channel, Russia. We were immediately grabbed and thrown into a police van. They yelled at us and started beating us. During two hours, the prisoner transport vehicle was filled with new passengers, according to the same scenario. They throw a person inside, beat them, and close them in a "glass" (small cells inside the van). . . The officers kept swearing. If you translate their speech into a normal language, the meaning boils down to the following: "You are bad people living in this city and this country and who dared to have their own opinion. For this you will be maimed, beaten and humiliated. After all, you dared to be against HIM and us, HIS loyal troops." The police van was gradually filled up, and the people inside licked their wounds, got acquainted and told about the reasons they had ended up in the "glass": riding a bike, driving a car, walking past, a white ribbon on their hand. In fact, there were no active protesters there, but only civilians who, according to the riot police, were criminals. . . . .

Finally, the police van is full and started to move. . . They throw us out in the yard of some building, with my head on the ground, put my hands behind my back, beat me again, push me into a gym, order me to kneel, with my head on the floor (this is basically the position that I will spend the next 15 hours of my life in). They begin to write down people's names, date of birth, and address. Riot police are raging nearby, someone is being hit very hard, blows and groans of people everywhere. Those who were interviewed are searched and their belongings are taken away. While I'm waiting for my turn, I sneak a peek. In this position, the world becomes different. I see the legs in blue pants with red stripes, ambling around. For me, the the feet seem to walk the ceiling, one of the blue pants have a split seam on the ass, and I see pink (yes, don't laugh) underpants. . . I can still understand the aggression of the riot police, they've been especially trained for that, but when people of serious ranks behave like hoodlums... I can't get that. . 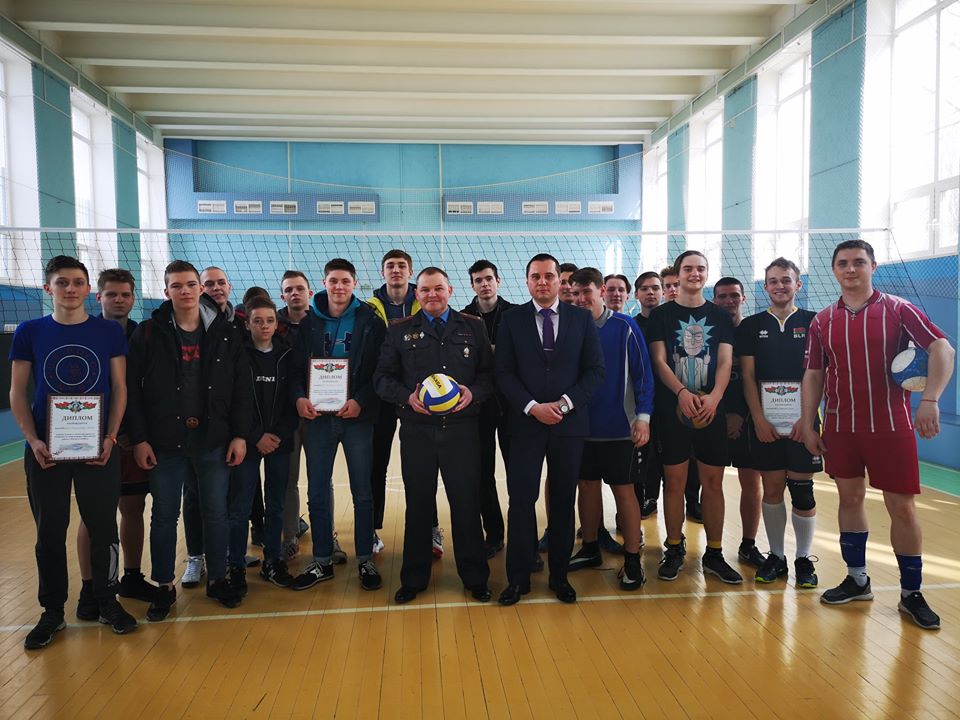 The gym we were held at

Like a scene after scene in a bad movie,  we were beaten, sometimes taken to the toilet, and beaten again. Same dialogues again and again, and their humor was worse than ever: "Toilet okay, but oops, there is no toilet", etc. They allowed us to lie down on the floor for a while, with our faces down, and then again put us back on our knees. Mentoring speeches about how we want to surrender the country to the fascists and do not understand who is doing Good on the whole earth, etc. The butchers in uniform singled out several people who they considered special enemies and who they beat especially hard. A handsome curly-haired guy who returned from work in Israel was beaten really hard. They beat him in the gym, then dragged him into the toiled and continued the beating; he was not allowed to lie down to rest. They came up to him saying: "Well, what? You're a fighter! Come on, fight me!" It was extremely disgusting, even more disgusting than swearing. There are a lot of them, they are protected by the law "On police". . It was also time for heroes. After 24 hours of moral and physical pressure, we were able to remain with our opinion, and some even managed to express it. I was sincerely impressed by a man named Lastouski (later I found out that his name is Dzima and he is actually a relative of the former spokesman of Minsk city police department, Alexander Lastouski, my classmate). The guy kept saying that they had no right to maltreat us, that the order to beat us is criminal and it should not be executed. He was then beaten again. And again he would say what he thought was right.

Time dragged endlessly. I guess the police didn't know what to do with us because all jails were crowded, and they were looking for some way to get rid of us, because it was almost evening, so they were expecting a new batch of people. . After the protest actions on August 10, about 180 people were registered in the police station, and the next day, our group, about 80 people.

New scene. They take us to Akrestsina detention center.  In principle, the "check-in" at Akrestsina was no different from one in the police department. Beatings again, we are again on our knees, but this time our faces were not on the wooden floor, but on the grass. The action took place outside. It should be noted that little stones are a rather unpleasant thing. . Then we were put not even in a cell, but a 'walking' cell, a kind of stone bag with bars over the evening sky. . Guess how many of us were there? Wrong... there were already guys from the protest actions on August 9 in the 'cell', and together with us the total number of "guests " reached 102 people, and by the middle of the night we were already 147, a new batch of guys from Pushkinskaya square was brought in. Everything is known by comparison. So on August 13, the riot police was even more aggressive with the tortures.  All the new "residents" of the H1 cell had their clothes torn, their pants just torn to shreds. They were beaten more seriously, but more carefully, the police aimed for internal organs. They had numbers on their backs. Frunzenski police department police did not bother to read the names on a piece of paper, but simply drew numbers on the boys ' backs and said that they now have no names, only a number. Brilliant move, I immediately think of the NKVD and the Nazis!

Well, the night was quite bad.  After all, my first night was indoors and on a wooden floor, although with some drafts. At Akrestsina, I had to spend the night on concrete under the sky in stripes. Honestly, I did not think that I would be so sincere and happy to hug men, very, very many men at once. It was really, really cold.

And now the morning is coming. They start taking us out. Those who have already been convicted are sent to jail in Zhodzina, but the penitentiary system of the Republic of Belarus does not have enough resources, and they let me out . But ... first the last "adventure". We are being chased through the "corridor of Shame", as they think. For me, this is the "Path of Pride". They put us against a wall, beat us again, some of us harder, some of us not so much, some of us are also kicked, and electrocuted with a stun gun. . Just imagine I'm lying with my face down on the grass, a riot policeman hits me with a baton and suddenly ...  he asks me the question: "Who do you love?" I am silent. "I said, who do you love?" I'm at a loss as to what answer he expects from me. And here he says: "and I love Belarus! You love Belarus, too! We will not give the country to the nazis!" Pure surrealism. Some of their brainwhashers have completely lost their grip on reality...

PS Thank you to the volunteers from the human rights center "Viasna". I didn't have to watch another scene called "the road home across the city without a penny of money or a phone"

P. P. S. And again, thank you neighbors! Thank you, I love you! You made my day!