The annual conference Nordic Freelance 2018 has taken place in the Swedish town Malmö. The participants issued a statement of support for freelancers in Belarus, demanding to stop harassment of freelance journalists for their professional activities. 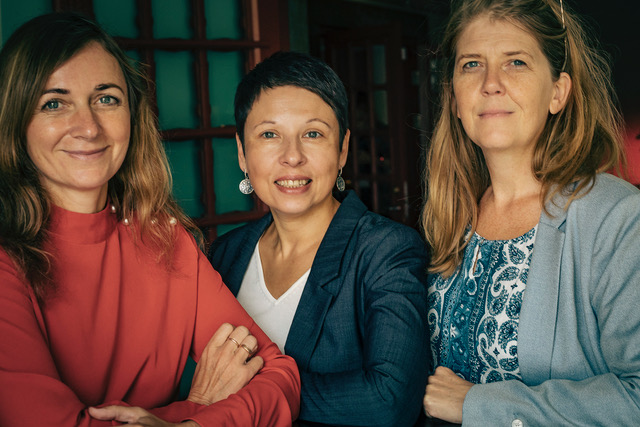 The yearly conference Nordic Freelance drew freelance journalists from Sweden, Denmark, Finland, and Norway. The Belarusian Association of Journalists was invited as a partner organization of the Swedish Frilans Syd.

BAJ was represented by the lawyer Volha Siakhovich and a freelancer from Homel Larysa Shchyrakova. They told about the situation of freelance journalists in Belarus: the legal environment, respective statistics and personal experience. Volha Siakhovich quoted the World Press Freedom Index of the Reporters without Borders where Belarus took 155th place out of 180th in 2018 (whereas Norway takes 1st place and Sweden takes the 2nd place there). After her story, a journalist from the audience shared her surprise that she “had known about authoritarian states all over the world, but had not thought they could be that close”. And, whereas freelance journalists in Sweden and Norway are concerned over the issues of journalists’ salaries, communication, attitude in society, Belarus freelancers are disturbed by the very question whether they can work at all.

Upon the conference, the participants issued a statement to support their colleagues in Belarus, demanding to stop harassment of freelance journalists for their professional activities and to ensure normal legal conditions for their work.

- not to harass journalists for doing their journalistic activity

- to stop immediately the prosecution of freelance journalists for their professional work;

- to amend Belarusian media law to guarantee equal rights to all journalists in accordance with international standards and international obligations of Belarus.

Frilans Riks, the freelance district within The Swedish Union of Journalist (SJF)

FAO, Freelance Chapter of Radio- and TV-journalists Union in Finland

NJ Frilans, within the Norwegian Union of Journalists

FreelanceGruppen within The Danish Union of Journalists