Peter Limbourg, director-general of Germany’s international broadcaster Deutsche Welle (DW), has condemned the blocking of the DW website and a number of other media outlets in Belarus, saying that it is an “act of desperation” on the part of the Belarusian authorities. 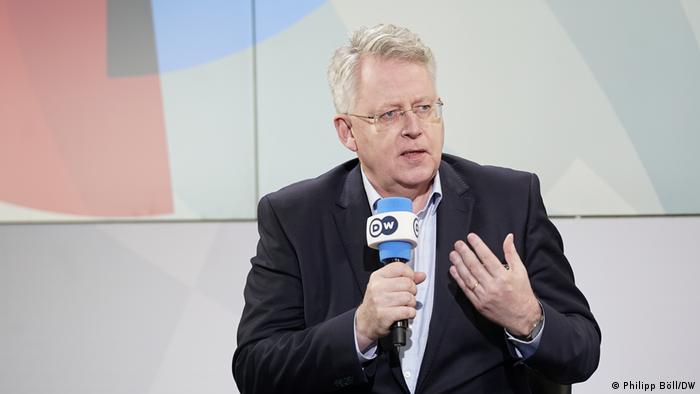 “The accusations against DW are absolutely ridiculous. Mr. Lukashenko [Lukašenka] has shown that he will stop at nothing to maintain his hold on power in his struggle against his own people,” Mr. Limbourg said in a statement on Friday.

“The heavy use of independent news outlets clearly shows that people in Belarus no longer trust the government-controlled media,” he said. “We protest against the suspension of our offering because the people there have a right to objective information on the situation in their country.”

DW said in a press release on Friday that it had expanded its reporting on Belarus since the spring of 2021 to cover the activities of civil society in the country.

It said that it had been working to provide solutions to circumvent censorship and provide relevant information to people in many countries worldwide.

On October 28, three news websites were made inaccessible to users in Belarus by order of the country’s information ministry. Apart from DW, the sites included those of Belarus’ newspaper Novy Čas and Current Time TV, a Russian-language television channel launched by U.S.-funded Radio Free Europe/Radio Liberty with participation of Voice of America.

In an interview with the Belarusian government’s news agency BelTA, First Deputy Information Minister Andrej Kuncevič explained that the websites offered links to content designated as “extremist” by Belarusian courts.

He noted that such actions ran counter to Article 19 of the Anti-Extremism Law and Article 38 of the Media Law.

Dozens of news websites have been blocked in Belarus following the August 2020 presidential election.