07.03.2019 Source: Press service of the Belarusian Association of Journalists

The Investigative Committee has instigated on the criminal case under Art. 349 Part 2 of the Criminal Code (unauthorized access to computer information, made of other personal interest that results in substantial harm). 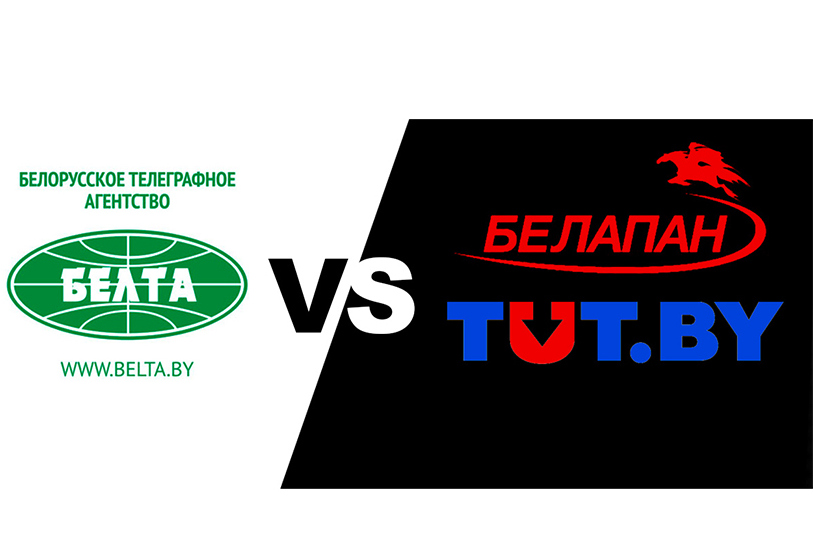 The basis for initiating a criminal case was a report by BelTA unitary enterprise about glitches when accessing a paid subscription to the services provided by BelTA to one of its customers.

The maximum penalty under Art. 349 Part 2 - restriction or deprivation of freedom for up to 2 years.

Altogether, 18 people have been detained for questioning under the case. Eight people were held in custody.

The following journalists were detaind for 72 hours, spent that time in custody and were released:

All these persons have the status of suspects in the case.

On Augut 9, the Investigative Committee said that TUT.BY's chief editor Maryna Zolatava allegedly 'admitted that that her staff was "using, for a long time and with her knowledge," login information to BeITA's  paid subscription.

That's why, 'with discovered circumstances in mind, and due to Zolatava's official post, she has been charged with official negligence under Article 425 Part 2 of the Criminal Code.'

According to the Investigative Committee, she was released from custody because of "her active cooperation with the investigation."

The maximum punishment under Article 425 Part 2 is imprisonment for a term of up to seven years with deprivation of the right to occupy certain posts or engage in certain activities.

The police searched the homes of the following journalists:

1. Tatsiana Karavenkova (BelaPAN) - the police searched her apartment and her mother's house in the Hrodna region

All journalists facing charges under the case say they had signed non-disclosure documents.

On November 22, Maryna Zolatava, editor-in-chief of the portal TUT.BY, was served official charges.

Maryna Zolatava was charged under Art. 425 part 2 of the Criminal Code (Failure to act by a company official). The article envisages penalty from a fine to five years of jail.

Earlier she was also suspected under Part 2 of Art. 349 (Unauthorized access to computer information) of the Criminal Code of Belarus. The criminal charges against Zolatava under this article were dropped “due to non-existance of a crime”.

Thus, all 15 persons involved in the “BelTA case” have been served official charges.

In particular, the documents state that the journalists and editors allegedly "performed deliberate, for financial or other personal gain, unauthorized accesses to computer information stored in the computer system and network of BelTA unitary enterprise, accompanied by security breach, entailing other significant harm through negligence."

Pauliuk Bykouski informed BAJ about the dismissal of criminal proceedings. The criminal charges were reclassified reclassified under Art. 252 of the Criminal Procedure Code "in conjunction with application of administrative sanctions"

The Deutsche Welle correspondent in Belarus was one of 14 defendants in a criminal "BelTA case".

Article 86 of the Criminal Procedure Code of Belarus provides for exemption from criminal liability in conjunction with the imposition of administrative sanctions This applies to persons who have committed a crime of no serious public threat for the first time, and who covered the damage or payed back the proceeds of crime, or undid the damage in other way.

Statement on the Searches of Media Offices and Detentions of Journalists