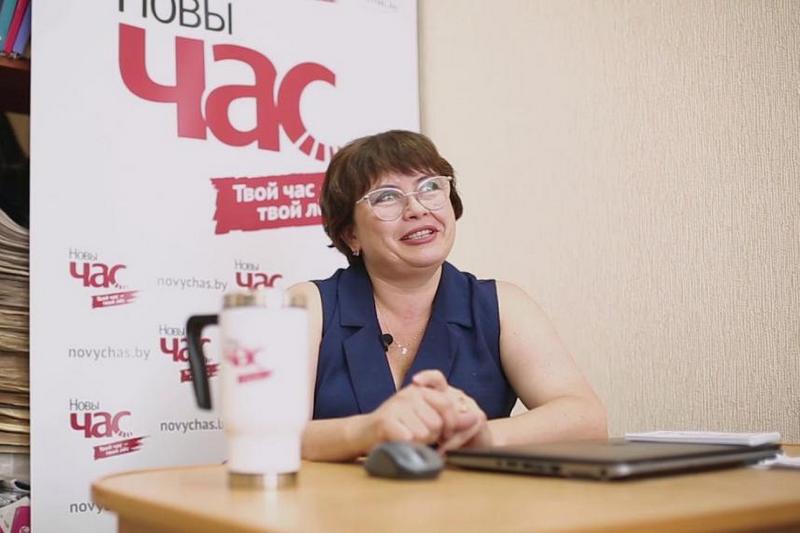 MINSK -- Well-known Belarusian journalist Aksana Kolb, who was sentenced in mid-June to serve 30 months in an "open prison" for taking part in an unsanctioned rally against authoritarian Belarusian ruler Alyaksandr Lukashenka, has fled Belarus.

The editor of the Minsk-based independent weekly Novy Chas (New Time) wrote on Facebook on August 8 that she is currently in an unspecified foreign country.

"I do not have a home now. But I have a big dream -- to sit in the first row in a big courtroom in which all those who deprived us of our homeland, and some people of their liberty, will be tried," Kolb wrote.

A court in Minsk handed down Kolb's sentence on June 15 after finding her guilty of organizing and preparing activities that disrupted social order.

"Open prison" is a work-release sentence commonly known across the former Soviet Union as "khimiya" (chemistry). The sentence dates back to the late-1940s, when convicts were sent to work at dangerous facilities such as chemical factories and uranium mines while living in special nearby dormitories instead of being incarcerated in penitentiaries.

These days a khimiya sentence is seen as less harsh, as convicts stay in a dormitory not far from their permanent address and work either at their workplace as usual or at a state entity defined by the penitentiary service.

Kolb's sentence is similar to others handed down under Lukashenka's harsh, and sometimes violent, crackdown against dissent after he claimed victory in Belarus's August 2020 presidential election. The country's opposition says the election was rigged to give Lukashenka a sixth term in office.

The 67-year-old, who has been in power since 1994, has directed the campaign to arrest tens of thousands of people. Fearing for their safety, many opposition members have fled the country.