Last year, Aliaksandr Lukashenka was surprised to learn that the newspaper BDG.Belorusskaya Delovaya Gazeta was working online, although ten years before the paper version had to close down because of the pressure on printing houses, who subsequently refused to print the newspaper.

The newspaper had been one of the top places for critical independent press; there worked many famous journalists, including Sviatlana Kalinkina and Iryna Khalip. The newspaper had to withstand a wave of harassment. In May 2003, publication of the newspaper was suspended for a month in relation with a criminal case (insulting the president), initiated by the General prosecutor’s office.  In March 2006, Beloruskaya Delovaya Gazeta was closed through the ban to publish it in Belarusian print houses and distribute through state monopolists. The newspaper had the circulation of 65 – 70 thousand copies a week.

In 2015, Aliaksandr Lukashenka was surprised to hear a question from a correspondent of BDG.

“I am sorry,” said the president. “Where is the BDG that we read avidly 20 years ago?” “Twenty three years ago,” put it correctly the correspondent Alena Nestsiarovich. “The print version was closed, as we all know.” “Why? Again dictatorship?” The correspondent excused that she did not work there at that time. “Wasn’t I the reason for that it was closed?” asked the president. “Closed, well, closed,” said Alena. “Was I guilty?” “Nobody said you are guilty.” “I just put it clear because it had disappeared; now the press secretary has not brought it to me for a long time.  I always get BDG only in reviews – BDG online, and there is no newspaper. So, there is no newspaper?” “No newspaper, only online.”

BAJ tried to find out how the newspaper is living online, and the chief editor of the website BDG.by Alena Nestsiarovich kindly agreed to answer the questions. “Now it is an informational and analytical resource rather than a news website. We decided to publish more valuable articles, so called long-reads, and make a stricter selection of news, based on the interests of business audience. This is our understanding of continuity, because BDG used to be famous for its quality analytical texts. Conceptually, the niches is still free. In fact, we are doing now what Piotr Martsau wanted to do with the website (the newspaper’s founder and chief editor Piotr Martsau died in 2014). He said he wanted to transform the website into an analytical media resource, based on modern technologies and new opportunities. We started to work over it, redesigned and changed the approach to content selection. 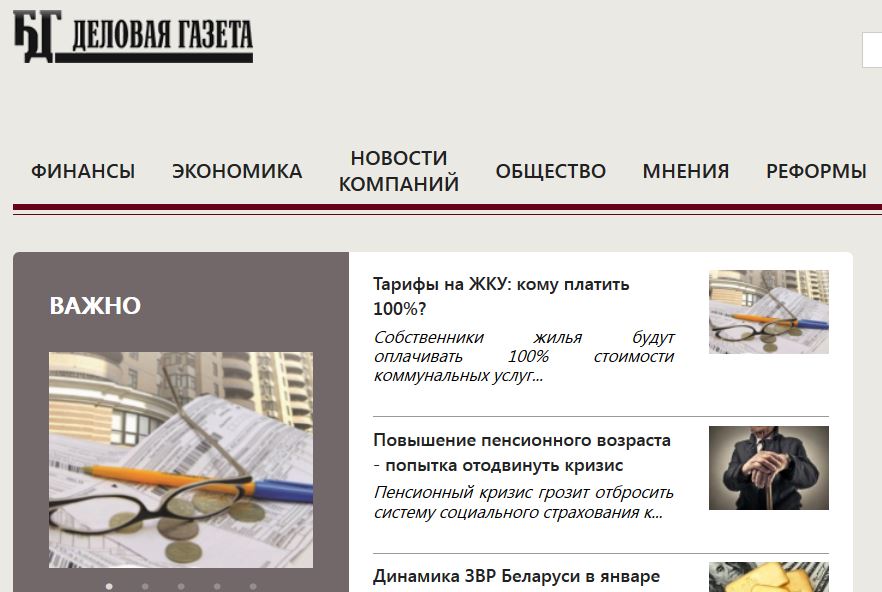 The website is supported by Martsau’s friends, also his daughter Lisaveta agreed to take part. The editorial office include both experienced journalists, who have worked for BDG for a long time, and young authors as well.  The website operates under a legal entity, the editorial office is located in the same building, however, it occupies only a small room – it used to be a whole floor.

What are the newspaper’s plans? Are you going to do one more business affairs mass medium?

The website has operated all the time since the paper version was closed, but with limited resources and possibilities. Now we are trying to make it a payable project. This is what Piotr Martsau always wanted to do, including the paper version times. We would like it to be a serious expert and analytical resource aimed at business and political circles in our country.

We like a lot the projects like Probusіness.by or Marketіng.by – expert oriented websites for business audiences. We think that Belarus now lacks media projects and platforms like that – they should be much more in number.

We want to make a website covering business issues based on analytical and practice oriented approach. I mean we are now talking about the problem dealing with business journalism, especially investment and finances journalism.

We hope that in future, with participation of BDG, there will appear also educational projects in the sphere of modern business journalism. It would live up to expectations of investments and businesspersons from other countries who consider an opportunity to operate in Belarus.

Besides, we are going to become an offline platform for direct dialogue of businesspersons, officials, representatives of different civil organizations. These will be expert meetings on specific issues requiring urgent solutions. 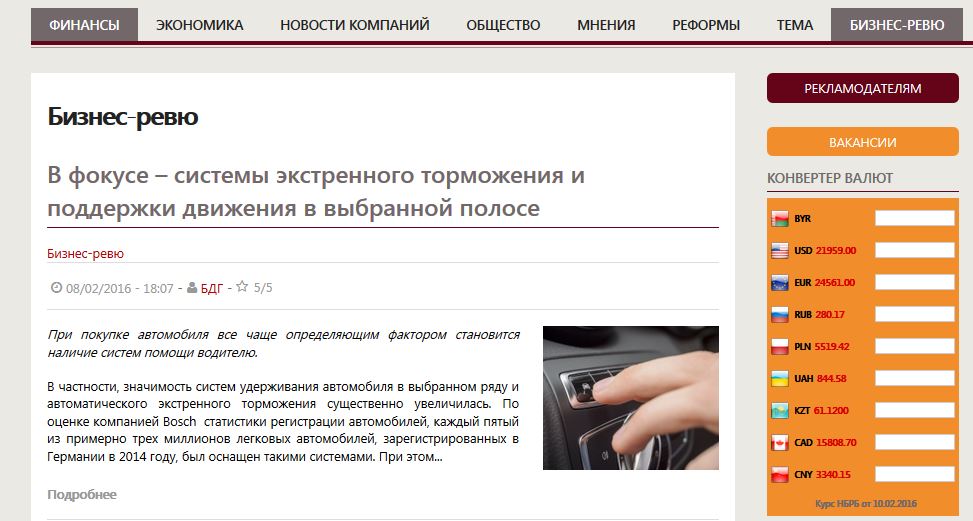 Last year, the newspaper Belorusy I Rynok split into two mass media. Thus, you have two new competitors, don’t you?

I read their articles. They are interesting, useful and raise respect and interest. But our approach will be different, more towards analysis and practice. In all we think that rising competitiveness in the segment of business media is a good trend. But, in our view, it is yet to come to Belarus, for now competition here is very small.

We are looking for authors actively, although, with the view to the set goals, our demands to journalists are quite specific. We take only those journalists t our team whom we trust. Piotr Martsau always stuck to the point that our journalist should be not only a talented and highly qualified journalist, but also a good person.

We think that with trusted persons, we will have interesting work. With them, we can not only become self-payable, but also to create a successful profitable project useful for the society.