BAJ Monitors Share Their View of the Electoral Campaign

Chairperson of BAJ Andrei Bastunets and head of the monitoring group of BAJ at the elections Ales Antsipenka are telling their views of what is going on in the media at the electoral campaign. 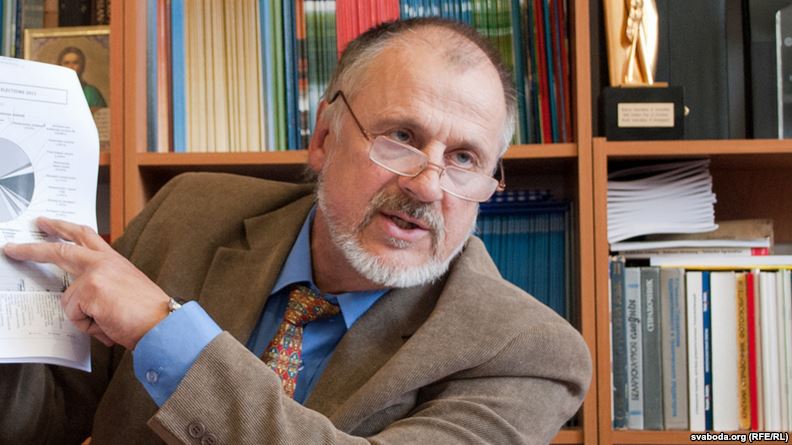 Elections, how we mean it, have lost its value in the state. All previous years the dramatic start was restrained artificially. We deal with a guided process, and Mrs Yarmoshyna is reminiscent of a director of the action. The elections come to be a kind of “procedure”, there are more talks about the technical side of the event, and here CEC (the Central Electoral Committee) has had its impact.

Meanwhile, the sense of elections are not decorations, not the film editor, but the actors who go out to the stage and play the drama. Elections are a competition, a conflict of views, a violation of some rules… When we are told that “the elections went along in a quiet atmosphere” – what interest will journalists have to such events?

All this is indicative of social fatigue, or, according to a Soviet terminology, - stagnation. The routine becomes similar to laziness: no one wants either lift a single finger or say a word. Because, there is hopelessness – so to say, this will change nothing.

It does not mean that journalists have to wait for real elections. In times as such, there should be keen record of what’s going on under the guise of the elections. The dominating genre here, in my view, is analytics. People should see what’s happening behind the façade of these undramatic, well-directed elections.

I wouldn’t say there is little coverage of the elections, especially in the state-run press. It seems to me that the elections are more conspicuous in the media rather than in the public life. And these are not journalists to be brought to account, but rather those who have lowered the elections to such level.

The president incumbent is in the lead of the campaign of ignoring the elections: he does not speak on TV (note – in the part scheduled as time for electoral agitation), he rejects participation in the debates, he is not mentioned in the media as a candidate at all…

It is enough to go out to see that the city is bare! Two weeks head of the voting day, and there is hardly any political advertising.

I know well what would be happening in Ukraine or in Poland on these days. All around would be plastered with electoral materials, candidates would talk non-stop on TV… This attracts the public’s attention to the events and helps people make their choice. Here, we have elections as some predetermined ritual, like in Soviet time when “it’s all clear”.

I liked how Ales Antsipenka compared the elections with a football game. Imagine that the teams go to play, and the sportscaster is saying all the time that the referee is well-dressed, that the game proceeds in a friendly atmosphere, that all rules are observed, that the filed is well-sized and the ball is round etc. One can say nothing about the teams then.

In my view, free performance on TV – so to say, the candidates are entitled to half an hour of free talk on state TV – it is a kind of mockery. One has to be really enthusiastic about watching TV, so that to switch on this very program, which is scheduled without mentioning the name of the candidate to speak, and sit in front of the TV for half an hour listening to what the person says.

In the neighboring countries, it is ardency, battle, it engages. Sometimes, of course, it leads to unwanted results, when populists come to power. But, still, it is a contest of political forces, and not a formal drill.

It struck me that this time I hear no questions or whatever reaction to this year’s electoral campaign, though I actively communicate out of home and in the countryside. People don’t give a damn, roughly speaking.

The second thing is that these performances of the candidates look like Hyde Park, a kind of reserve. So to say, here is your half an hour – say what you want because it is all in a limited informational space. It was limited by not calling the names of the candidates . there is no previous announcement of the performances, there is no tension. It makes the elections dull for anyone – either for the electorate or for journalists. Except for journalists of state-run mass media, though, who, of course, perform a kind of a duty of a public servant.

Hope for the best, get ready for the worst

For the time being, the course of the electoral campaign gives hopes that we will not have what we had at the previous, and one before the previous elections – with searches at journalists’ homes, detentions, criminal cases… Unfortunately, the experience shows that electoral campaign cannot take place without troubles. So I bear in mind the saying – hope for the best, get ready for the worst.

I can make a kind of humorous forecast: after the 11th, there will be snow, severe frost and prices for food will rise. Because now the weather is being controlled, and then it will be set loose… To be serious, I think soon we will see what the real economic situation is in our country.