After the parliamentary elections: political and media freedom in Belarus

Following the parliamentary elections in Belarus in November, the Representation of Sweden to the EU hosted a meeting on 21 November with experts from Belarus and representatives of the EU Member States and institutions. The aim was to get an update on the impressions of how the elections were implemented and the situation for journalists. 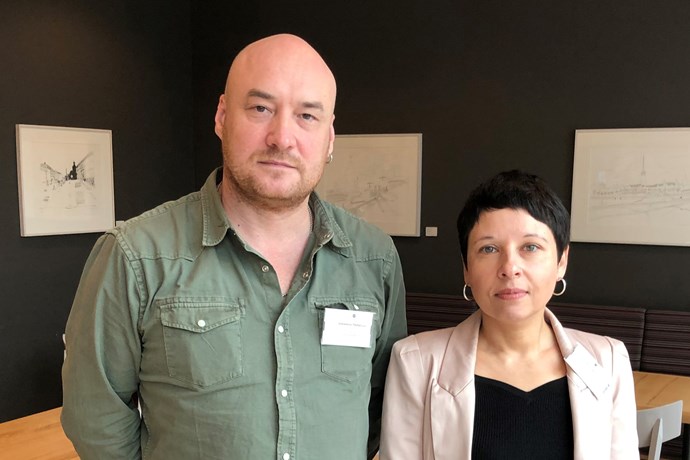 Volha Siakhovich from the Belarusian Association of Journalists and Valiantsin Stefanovich of the Viasna Human Rights Centre pointed out that it has become slightly easier to engage in civil society. There were no detentions or other repression of the small number of people who demonstrated on election day, November 17.

- Now there are more opportunities to campaign for the abolition of the death penalty, Valiantsin Stefanovich said.

However, the government’s grip on the media remains tight, Volha Siakhovich explained.

- The abolishment of the seven defamation articles in the Belarusian Criminal Code is absolutely the most important step that the government needs to take. The articles are the section in the law that opens up for the detaining and fining of journalists, Volha Siakhovich said.

In addition to the Criminal Code, Volha Siakhovich also brought up examples that explain why Belarus ranks at the bottom among European countries in the 2019 World Press Freedom Index.

Volha Siakhovich also brought up the accreditation law (Article 1(6) of the Law on Mass Media) and its impact on freelance journalism. In 2018, 118 freelance journalists paid fines of at least EUR 43 000 in total for violating the article. So far this year, the number is 40. The fines were imposed under Article 22.9 of the Code of Administrative Offences (Violation of the media law). These fined journalists are primarily connected to foreign media outlets such as the Poland-based TV station Belsat. Media pieces that garner a high level of public interest are more likely to lead to fines.

- It’s against the Law on Mass Media for foreign journalists to work in Belarus without accreditation from the Ministry of Foreign Affairs. And of course it restricts influences from independent sources, Volha Siakhovich emphasised.

She added that the effect of website owner responsibility for identification of third parties – in other words the responsibility for owners to identify those who post on the site – is a barrier to free discussion forums on the internet.

The parliamentary elections on 17 November

Reports from both the international election observation mission of the OSCE and Civil Rights Defenders conclude that the parliamentary elections did not meet international standards in several respects.

Valiantsin Stefanovich and Volha Siakhovich pointed out in particular that voters were encouraged by the public administration to vote early for non-opposition candidates and that the counting process of the large number of early votes (almost 36 per cent) was non-transparent and impossible to monitor. In addition, on election day observers were placed too far away to be able to monitor the counting properly.

Valiantsin Stefanovich and Volha Siakhovich also pointed out that the candidate registration process favoured non-opposition candidates. They gave examples of opposition candidates losing their candidate status because they presented political programmes that were not in line with media censorship.

- The presidential election next year carries a lot of weight and the government now really needs to show that it’s ready for systematic reforms of the election legislation, as well as and in media freedom, Valiantsin Stefanovich stated.

Valiantsin Stefanovich and Volha Siakovich stressed that the possibility to meet and to keep the international community updated continues to be key in pushing for reforms in Belarus.

The meeting was a co-arrangement between the Representation of Sweden to the EU and Civil Rights Defenders.